ShowMaker on returning to Worlds: ‘The experience of being a champion really means a lot in terms of how confident you are’

When you’re already on top, how much further up can you go?

Experience and progress are directly related variables in theory. But when a player has already eclipsed every competitor in their field with just a few years of proven experience, progress quickly turns into greatness.

Coming off of a League of Legends World Championship title in 2020, DWG KIA mid laner ShowMaker is the bannerman for an ever-growing wave of the games next-gen superstars. With an MVP award, several All-Pro accolades, four domestic championships, and the Summoners Cup all in his trophy case, the question for ShowMaker is simple: how much higher can one man go when hes already reached the apex of his craft?

In 2019, ShowMaker proved he could compete with the giants of the international scene when he and DAMWON Gaming reached the quarterfinal round at that years World Championship. That prior experience helped him secure the Summoners Cup in 2020, and now, in his third appearance at Worlds, ShowMaker is on the precipice of yet another historic title.

Coming back in our third year at Worlds, I think were definitely more experienced, ShowMaker told Dot Esports. Having the experience of being a champion really means a lot in terms of how confident you are or how you can cope with pressure. I think thats the main difference this year.

Whereas some players feed off of tense moments, ShowMaker isnt too proud to admit he still feels the stress. I do feel some pressure, but Ive never really thought that pressure has helped, he said. Im just trying to get over it for the most part. I have great teammates and I think Im dealing with it pretty well. 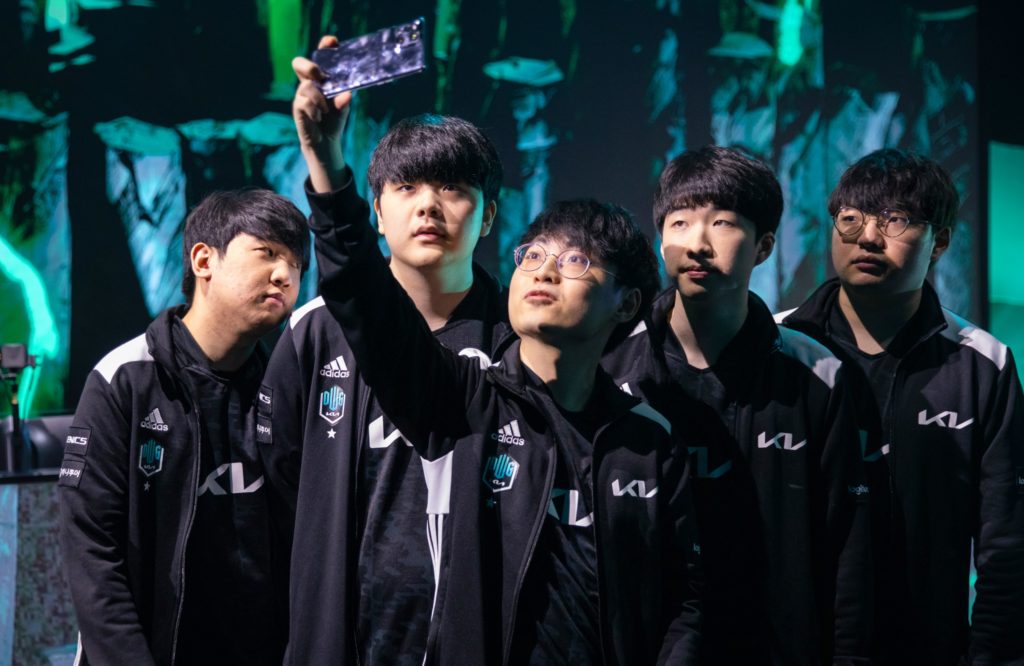 Thankfully for ShowMaker, the great teammates pinned around him are some of the most consistent in the professional scene. Apart from (or perhaps because of) their infallible results on-stage, DWG KIAs members have found staying power in not just the eyes of LCK fans in Korea, but across the globe, as well. Since the start of 2020, DWG KIA recorded wins in 181 individual games, the most by any team in the world over that time, according to League stats site Oracles Elixir.

For the last three years, the DAMWON starting League lineup has remained one of the most stable in the world. With just two overall roster changes since the start of the 2019 season, DWG KIA has built more than a winning formula around ShowMaker. The org has built a dynasty.

This year, though, DWG KIA faced its biggest roster shakeup immediately after falling short of the MSI title. Upon returning home to Korea, the team lost three of its first five individual games in the Summer Split, inspiring upper management to make an immediate change to the starting lineup. The team reactively sported a short-term lineup that featured ShowMaker in the AD carry position and reigning Worlds finals MVP jungler Canyon in the mid lane with substitute jungler Malrang filling his shoes.

DWG KIA would win three of their next four matches with their new-look lineup, prompting confidence from ShowMaker along the way. Even despite the teams apparent post-MSI hangover, the MVP mid laner still knew a trip to Worlds later in the year was on the docket.

I was worried to the minimal [extent], ShowMaker said. We werent doing too well back then, but we still gained a lot from the Spring Split. I knew that my teammates were going to come back, so I was more on the confident side that we were going to Worlds than being worried.

Beyond the on-stage letdown at the MSI finals, as well as the trickling issues in the early stages of the Summer Split, ShowMaker disclosed that many of his relative struggles at MSI came as a result of his own personal health.

In an interview with Ashley Kang of Korizon Esports from earlier this year, ShowMaker revealed he struggled with eczema in Iceland during the Mid-Season Invitational. Eventually, ShowMakers eczema affected him to the point where he couldnt sleep. Combined with general stress and stomach aches, according to the mid laner, ShowMaker played below his usual best-player-in-the-world standards at MSI.

Granted, he had the highest KDA among all players at the tournament, according to Oracles Elixir, and came just one game away from winning it all. But it wasnt good enough for the superstar. Now, with Worlds being held in Iceland after a sudden shift in venue last month, ShowMaker came well-prepared for the possible resurgent health and performance issues that could plague him during the years final tournament.

Were coming back to the same country that we were at [during] MSI, so in terms of getting used to the environment around me…I know what Im going into, ShowMaker said. 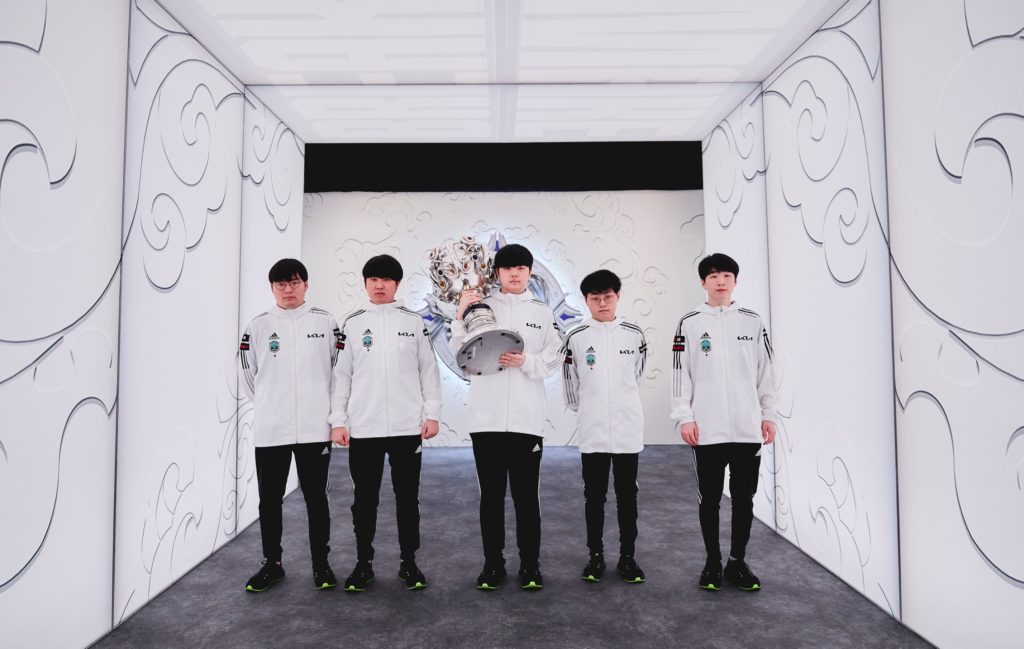 From a more gameplay-focused standpoint though, Worlds presents an entirely different challenge for DWG KIA when compared to MSI. As opposed to a field of 11 at MSI, Worlds is double the challenge with 22 teams present from around the globe. After only having to face off against the respective champions of each of Leagues professional regions at MSI, ShowMaker and DWG KIA are facing threats from all angles at Worlds.

In addition to three other LCK squads at the tournamenteach of whom apart from Hanwha Life Esports took one series off of DWG KIA during the seasontop-tier contenders from Leagues major regions are going to be gunning for the defending champs over the next three weeks.

Worlds has new teams from every other region, ShowMaker said. I dont think there is much of anything special from MSI to help me prepare for Worlds right now.

At the very least, DWG KIAs initial slate of competitors in Group A at Worlds includes North Americas Cloud9, a team the LCK champions thoroughly and repeatedly drubbed at MSI earlier this year. In the four games the two teams played against each other earlier this year, DWG KIA claimed victory in all but one, while ShowMaker posted a combined KDA of 4.6 in the games against North Americas Spring Split champions. 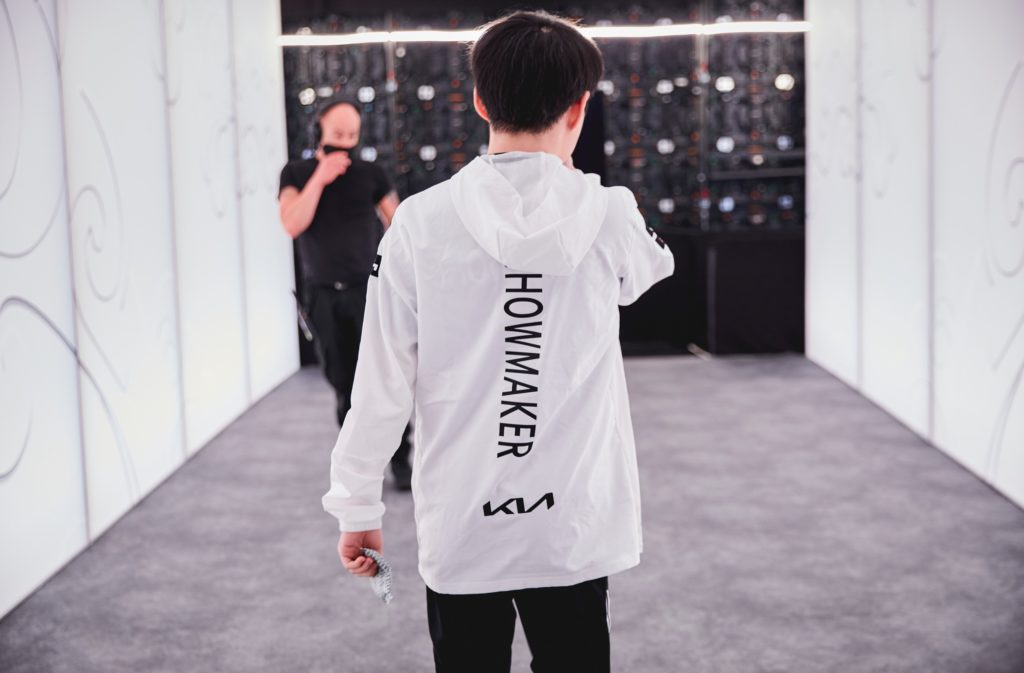 Since, DAMWON have posted a frighteningly impressive match record of 19-3 at the World Championship. For ShowMaker, its obvious as to why DWG KIAs success at Worlds 2021 is not a matter of if, but when.

With one World Championship already in the bag, the clear-cut next step for Leagues current most dominant team is to join fellow Korean titans T1 and Samsung Galaxy as the only organizations to fly multiple World Championship banners. At the heart of that quest is ShowMaker, who, after progressing to the top of the League of Legends mountain one year ago, is en route to staying there through the sheer magnitude of his own greatness.

The post ShowMaker on returning to Worlds: The experience of being a champion really means a lot in terms of how confident you are appeared first on Dot Esports.