Client bugs, game-exclusive stories and skins, and disconnected narratives made it difficult to fully enjoy this event.

For the third year in a row, Riot Games celebrated one of League of Legends many skin lines with the release of a new interactive visual novel. This time around, players finally returned to Valoran City, home of many heroes and villains in the Star Guardian universe, which has gone untouched for nearly three years.

This multiple-game journey, complete with various stories and game-exclusive content, followed what was a tumultuous dive into the Ruination last year, a narrative Riot had spent the entirety of 2021 expanding. The Ruinations visual novel event, Sentinels of Light, seemed to undermine what Riot had been building upon with cinematics and stories up to that point, leaving players unfulfilled and questioning what had gone wrong.

This led Riot to acknowledge the faults of the event, hoping to improve on future lore events using what it had learned from both the Sentinels of Light event in 2021 and the inaugural visual novel, Spirit Blossom, in 2020.

What players ended up with was a light-hearted story reminiscent of Spirit Blossom that expanded on one of Leagues most popular universes, rather than attempting to create a new one. Yet a myriad of bugs plaguing the client for weeks not only removed the opportunity for players to earn rewards from the event but completely shut down the event from any progression whatsoever.

Though the Star Guardian event was highly anticipated from the first teasers, these major client-side issues, accompanied by nuances in character and story development, hindered what had the potential to make up for last years mess. Ultimately what players received was a watered-down version of Spirit Blossom, creating an event that felt all too similar to something we had seen before. 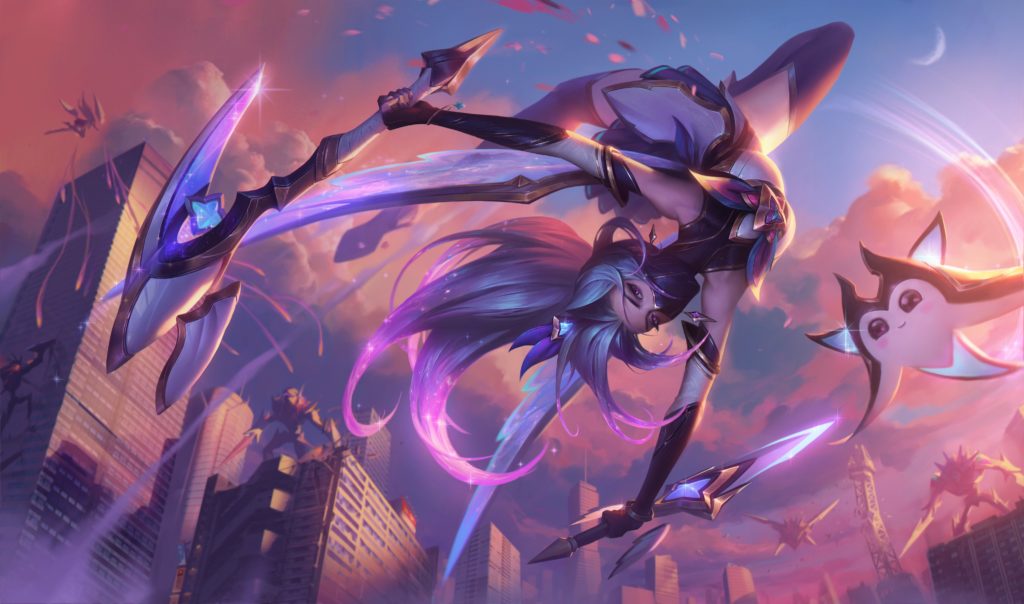 Similarly to the Sentinels of Light event, the Star Guardian event spanned multiple Riot titles, including League, League of Legends: Wild Rift, and Legends of Runeterra.

The new team of guardians in League, led by co-captains KaiSa and Akali, consisted of Taliyah, Ekko, and Sona, later joined by transfer students Quinn and Rell, as well as Outer Guardian Nilah. Against them stood Morgana and Fiddlesticks, earning new titles of Star Nemeses in the existing skin line separate from the schemes of Zoe.

In Wild Rift, however, Riot implemented a sequel-esque story directly following the events of the 2019 Star Guardian event, focused heavily on Xayah and Rakan. Here, a redeemed Xayah led her squad of Seraphine, Orianna, and Senna to battle, searching for her boyfriend by trudging through endless darkness.

Legends of Runeterra received a bit of Star Guardian love with the exclusive Star Guardian Gwen skin, revealed to have been a member of the original team of Guardians. Players could also earn cosmetics, including the games first Legendary skin, Star Guardian KaiSa.

These Star Guardians were exclusive to their respective games and unattainable in others. Like previous game-exclusive skins, it is highly unlikely League will get Wild Rifts Star Guardian skins and vice versa, to the dismay of many fans seeking to play as the new versions of popular champions. While each of these skins is connected directly to the lore, they are locked almost permanently to specific games alongside stories that will never be told in others.

In the analysis of the Sentinels of Light event last year, Riot concluded that stories should not be locked behind a meticulous grind and that simultaneous forms of storytelling that support the same lore moments need to be consistent, rather than optimized for individual products. But the individual stories did not interact barring slight crossovers at their conclusions and each required the exact same grind Riot had said it would not implement again.

Should Riot choose to explore another lore event for next summer, it remains to be seen how exactly it will implement its findings from previous events since this Star Guardian event failed to amend nearly any of the problems the company addressed after Sentinels of Light.

A familiar and underwhelming story 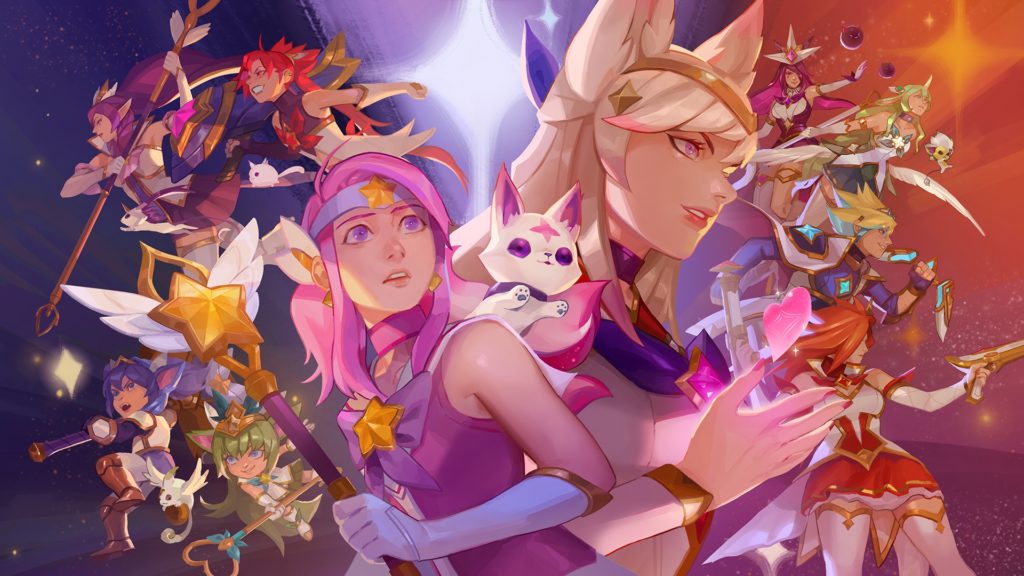 KaiSa aimed to lead her team to victory but often overlooked how the individual members felt about their seemingly endless fight. Akali, who’s her best friend, constantly butts heads with her over leadership strategies, becoming increasingly distant from her and the rest of the team. In the end, the pair make up, and the Star Guardians come back together.

This is the plot of Another Sky, Leagues visual novel in the Star Guardian event, yet players familiar with the thematic universe may recognize that this story greatly resembles the dynamic between Lux and Jinx, members of the original team of Star Guardians. This time, however, the team had the resources to put into a full-scale event around these two popular champions, seemingly opting to recreate the original dynamic to show exactly what they had originally intended.

Leading into the event, Riot had placed an emphasis on the Star Guardians versus the Star Nemeses, consisting of Fiddlesticks and Morgana. Since Fiddlesticks was a rather peculiar decision, it quickly became a favorite among fans, leading the company to market the normally horrific champion in various anime-inspired art styles, even dancing alongside some of the Star Guardians.

This led players to believe Fiddlesticks would serve a large role within Another Sky as an entity of darkness opposing the warriors of light. But within two chapters, KaiSa and Akali had found a way to overcome this malevolent foewith the help of Zoe, whose return alongside a now-evil Syndra went widely unquestioned until the epilogue of the eventand thus Fiddlesticks disappeared completely from the event.

Then the evil-teacher Morgana arc began, complete with cliche anime tropes including a double-cross followed by another double-cross, the power of friendship, and the help of an interstellar warrior whose role was never really explained. In one of the many fourth-wall breaks that took from the immersion of the event, Morgana laughs at the power of friendship cliche, only to be done in by that exact force.

What had the potential to be an interesting story fell apart after Fiddlesticks had been slain rather handily by the novice group of Guardians (and some assistance). Though the events epilogue hints at future developments in the Star Guardian universe, it adds another complicated layer to this story that tries to tell too many tales at once. 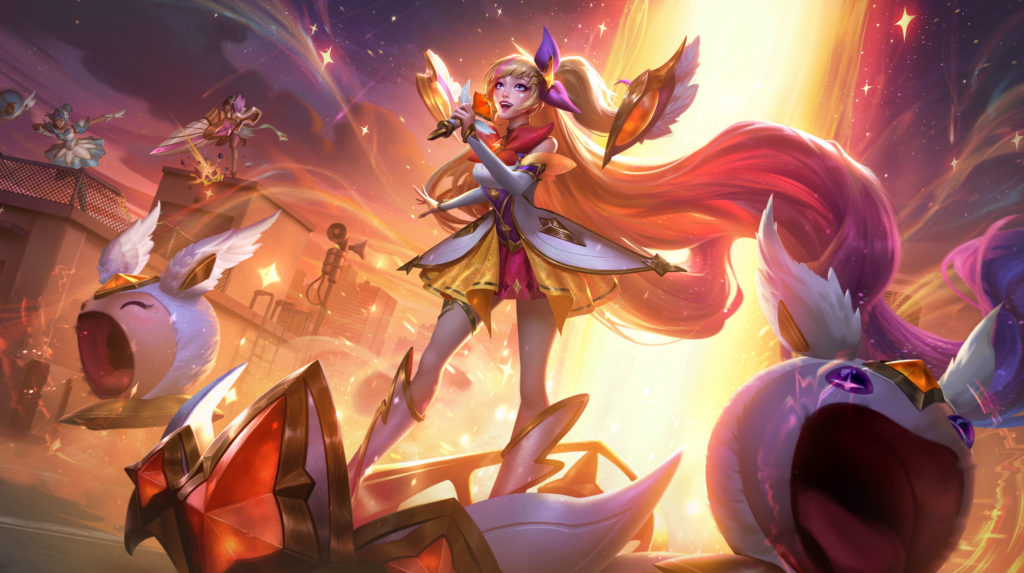 Fans quickly noticed that Wild Rifts content, compared to that of the other games, appeared to be the definitive Star Guardian experience. The mobile story centered around Star Guardians from the previous event, namely Xayah and Rakan, who had succumbed to the darkness and had been fully corrupted by Zoe, a member of the original Star Guardians.

In the time since our last engagement with Xayah and Rakan, Xayah had successfully been saved by Neeko and returned to Valoran City to create a new team of Star Guardians, including Seraphine, Senna, and Orianna. Though the team retained the normal Star Guardian values of protecting the world, their main focusemphasized by Xayah as the leaderwas to find Rakan and redeem him as well.

But it was this redemption of the lovebirds that brought more controversy to the event. Riot said during the 2019 Star Guardian event in League that it would not be creating skins for Xayah and Rakan that had them overcome the darkness. In a post on Leagues now-deleted official forums, Riot Beardilocks explained that while light versions of the two Star Guardians had been discussed, they would go against what the team had hoped to create.

Three years later, Redeemed Star Guardian Xayah and Rakan have been added exclusively to Wild Rift and are not likely to make their way to League on PC. They were eligible to be earned almost for free via an RPG-style event within the mobile version of the game, where players had much more control over how they progressed through the story.

League players did not get any opportunity to even experience this continuation of the 2019 story other than a brief pictureless cameo at the end of the Another Sky event. While the PC event did include its own story and visuals, its narrative failed to immerse players in a way that Wild Rifts story continuation did by attempting to tell multiple stories at once. 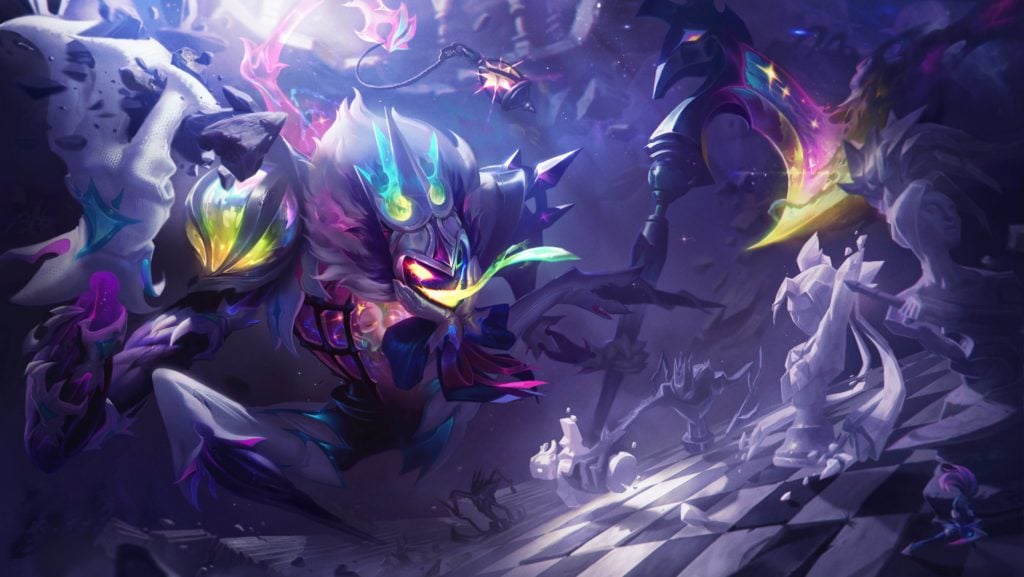 For nearly two weeks toward the end of the events duration, League players noted a multitude of issues with the games client centered around the Star Guardian tab on the home page, as well as with rewards from various missions. Regardless of how many times players clicked on the event tab, hoping to indulge in the stories and check their progress, they were met with a never-ending loading circle each time.

Riot did not issue an official response until just a few days before the event was expected to end. Instead, a vague error message would greet players upon accessing the client, saying they may experience intermittent failures, with no resolution in sight.

This was the final breaking point of the event for the vocal majority of players. Across social media, players expressed major discontent with how Riot handled ongoing issues with the event. Players were reliant on a single in-client message and Twitter threads from various Rioter accounts, not put in a single place for players to read, to dictate if and when they would finally be able to indulge themselves in the Star Guardian experience the company had hyped up for weeks.

Ultimately, Riots solution was to unlock all of the Star Guardian stories and free rewards for all players, invalidating the efforts of those who had poured hours into grinding the contents of the event. Pass-holders could enjoy an extension of the event by one week, though continued issues with reward distribution meant those who had paid money expecting to enjoy the Star Guardian celebration would continue to see their efforts uncompensated.

Though Fiddlesticks and Morgana sought to pressure the Star Guardians with darkness, it turned out that our new heroes biggest villain wasnt a Star Nemesisrather, it was the client of the game the event appeared on.

Latest comments
No comments yet
Why not be the first to comment?
Featured news
League of Legends13 minutes ago