The number of teams in the three leagues will increase every year, with the first new teams being added in 2024. Each league will receive one new participant until 2027. Teams have a chance to qualify for the partnership league through the new Ascension tournaments, which will also be hosted by Riot.

The three partnership leagues, which will be set in the EMEA, Americas, and APAC regions, will feature 10 teams in each league to total 30 teams in 2023, as first reported by Dot Esports and confirmed by Riots announcement.

By 2028, there will be 42 teams in the partnership leagues, with 30 teams directly partnering with Riot this year and another 12 qualifying through Ascension. This is the maximum number of teams in the international leagues. 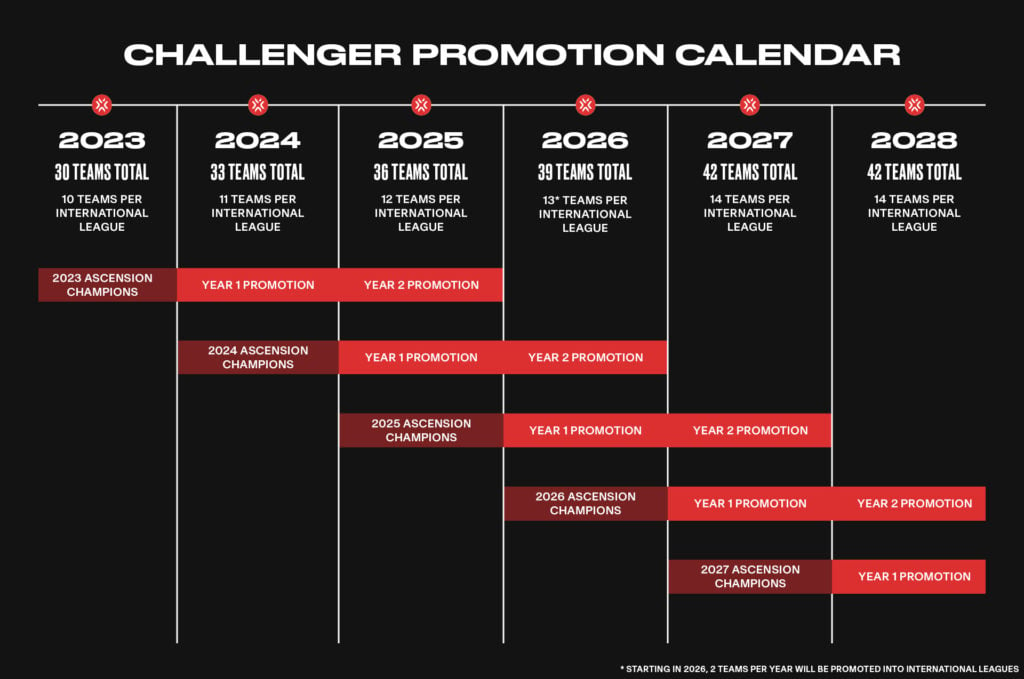 Teams can qualify for their respective partnership league by winning the Ascension tournaments, which will be the culmination of the regional Challengers leagues. There will be 21 Challengers leagues across the world divided by region.

This format will allow the three best teams from each region to directly qualify for the international leagues. These teams will earn a two-year promotion with similar benefits to the partnered teams but will then return to Challengers.

The partnership leagues are set to begin in mid-February 2023, as reported by Dot Esports, and will feature 10 teams in each region.

Latest comments
No comments yet
Why not be the first to comment?
Featured news
Valorant, Valorantan hour ago