Riot shows off the making of Edward Gaming’s championship skins

Take a peek behind the design process to honor the world champions.

Riot Games shared a video on its official YouTube channel showing the behind-the-scenes development of the EDG 2022 Worlds Championship team skins. The nine-minute video details the production of the skins, from their initial conception to the final results that players can acquire in the League of Legends client.

The video begins with team players sharing their ideas for skin concepts. Each of the players explains elements they would like to see incorporated into the skin set, concepts such as knights, armor, dragon, dark, and villains. The two Art Directors, Brian Vinton and Ryan Ribot, then talk about the themes that influenced the initial concepts, showing off the first concept art of the skins, which you can check out below. 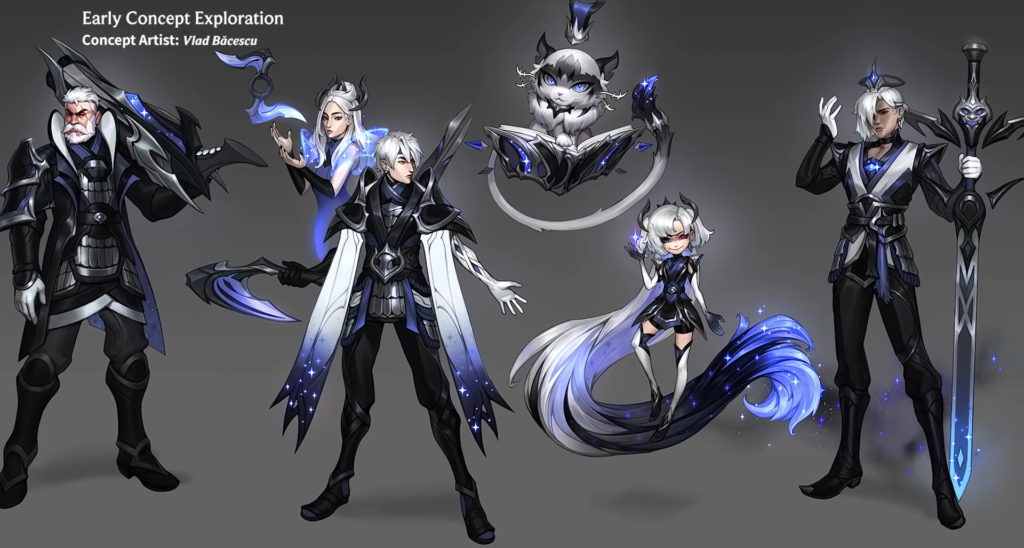 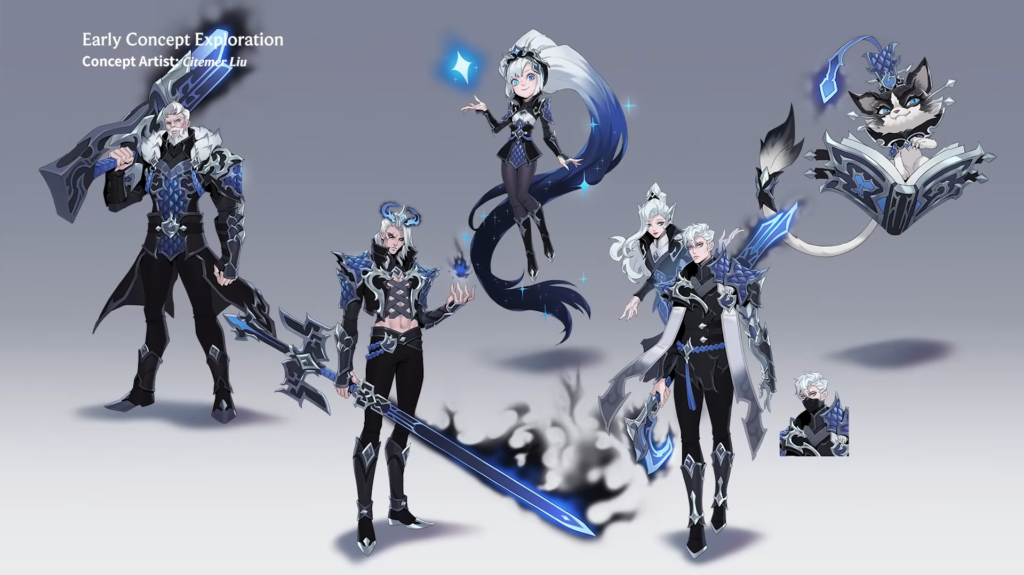 Lipan Liu, the Concept Lead, and Duy Ngueyn, the 3D Character Art Lead, comment on the choices of details that were added to the skins to complement the ideas of EDG players, with a lot of emphasis on the way they placed dragon scales and Chinese-style armor on the skins of all champions. The effects present in the skins were made with three pillars in mind, explains Xin Tao, VFX Lead: battlefield, ocean of stars, and silver dragon. Tao even explains the meaning of some of the animations present on the champions, adding to the depth of what the skin set represents.

In addition, the EDG players explain what led them to choose each champion, such as their performances during the world championship. They also explain the feeling they would like to convey with the champion recall animations, while the Riot team comments on how they had to change some things to find the balance for the game.

Many other details about the production of sound effects and sensations that the producers want to pass on to players who use the skins are present in the video. I hope that these skins and their chromas delight players just as much as it did for us making them, and that theyll honor the EDG players and their amazing historical moment of victory, added Lawrance Tay, the Audio Lead.

All the skin set is already available to purchase in the store section of Leagues client, and players can obtain the EDG autographed edition, which includes six icons, five skins, five chromas, and the five champions, for 12900 RP. Players also have the option to choose only their favorite champions separately for 2530 RP each. Players can purchase only the champion’s skins, without the signature icons and chromas, for 1350 RP.

Latest comments
No comments yet
Why not be the first to comment?
Featured news
League of Legends38 minutes ago