The night sky has never looked as bright.

The night has risen once again, League of Legends fans.

Presented as an opposite to one of the game’s existing skin lines, Blood Moon, players get to experience a new side of the alternate universe with three new cosmetics. Each skin features a pale, calming bluish-white colorway with tinges of blood moon red, and their recall animations have them changing a blood moon to a regular white moon before returning to the fountain.

Do you feel the winds of change?

Kayn has one of the most unique skins among the three Snow Moon champions, due to the two forms he has at his disposal. Riot has given players the choice to transform the Shadow Reaper into two iterations of himself: Blood Moon Rhaast or Snow Moon Kayn.

If the former is chosen, the demon within takes control of Kayn’s body in a brutal animation and is painted in an ominous red hue as he wreaks havoc on Summoner’s Rift. On the other hand, if the latter is chosen, Kayn is able to overpower the demon inside him and is represented through his all-white attire and frosted sound and visual effects. 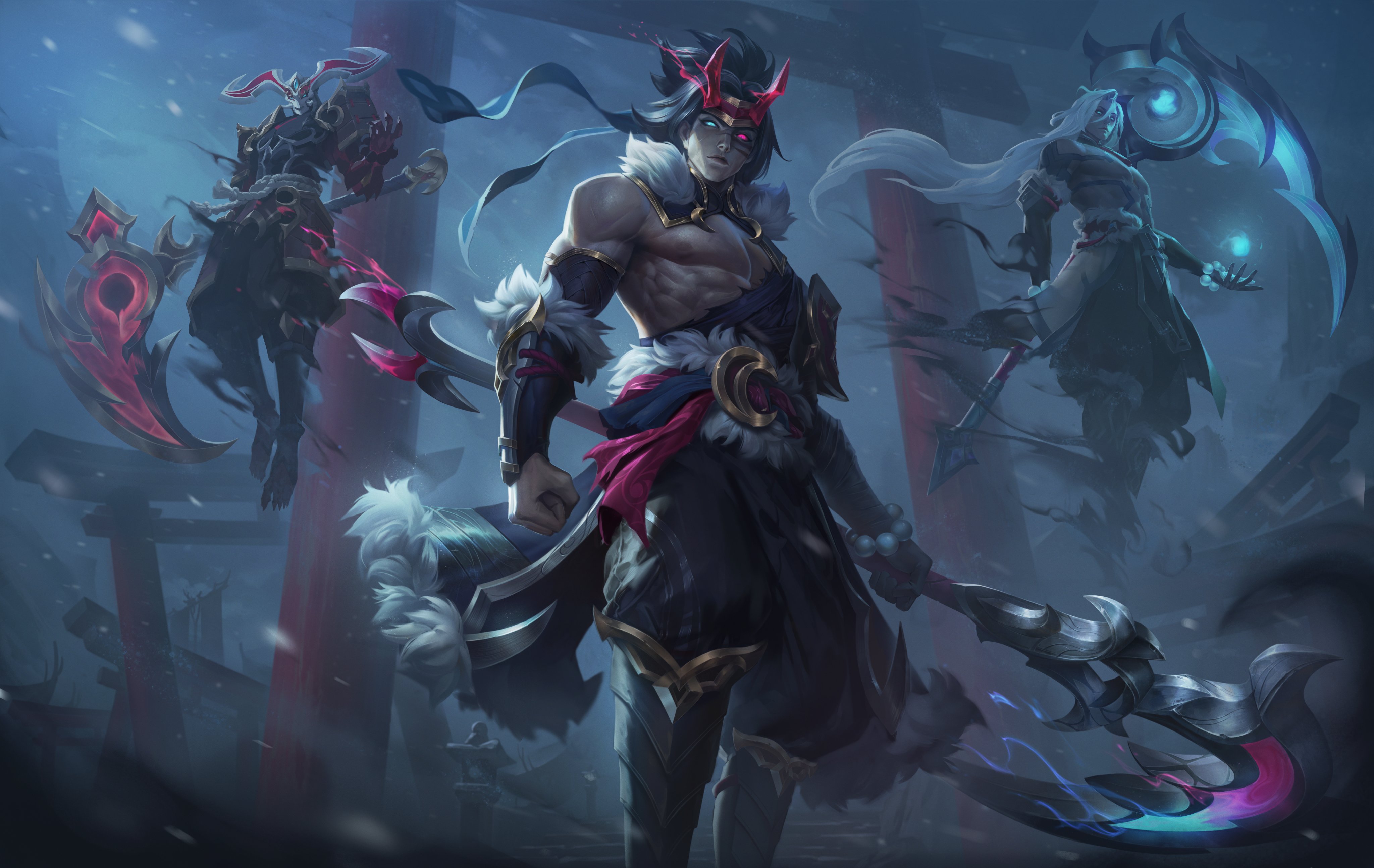 Meanwhile, the Ashen Knights have welcomed a new recruit to their ranks with the Unbreakable Spear donning their monochrome gear and weaponry. The most impressive part of the skin is Pantheon’s ultimate, which is punctuated by intimidating impact sounds and a flurry of black and white wings.

Pantheon is the second champion to join the skin line after Pyke, but it isn’t known whether players will need to spend Mythic Essence to acquire the skin. If Ashen Knight Pantheon is only available from Mythic Shop, there’s a good chance he’ll cost 100 ME to unlock, along with a new icon and loading screen border.