A true path to pro materializes.

After months of waiting and concern from VALORANT fans and organizations around the world, Riot Games has finally revealed its expansive plans for the tier-two system of the VALORANT Champions Tour that begins in 2023, including a legitimate path to tier one.

The global tier-two system will be known as Challengers and will consist of 21 different regional circuits throughout the Americas, EMEA, and APAC. This will include circuits for North America, Brazil, Korea, Japan, and several others, including the regional leagues that have been operating in EMEA over the 2022 season. 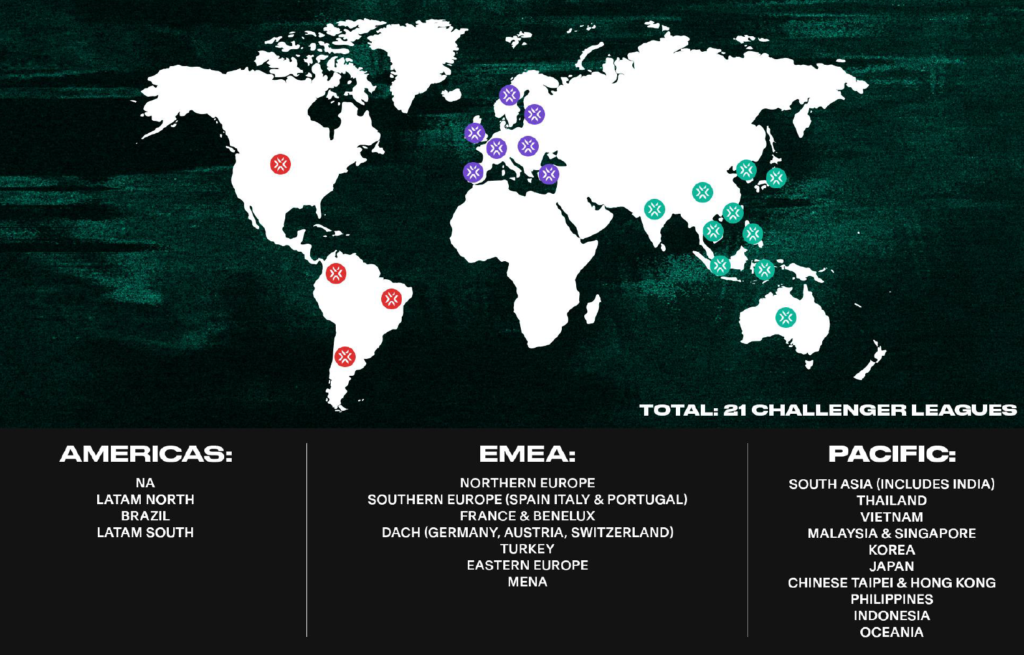 The Challengers leagues will begin with open qualifiers and will “ladder the best teams into two splits of multi-week regular season play,” similar to the format of Challengers events that took place in 2022. 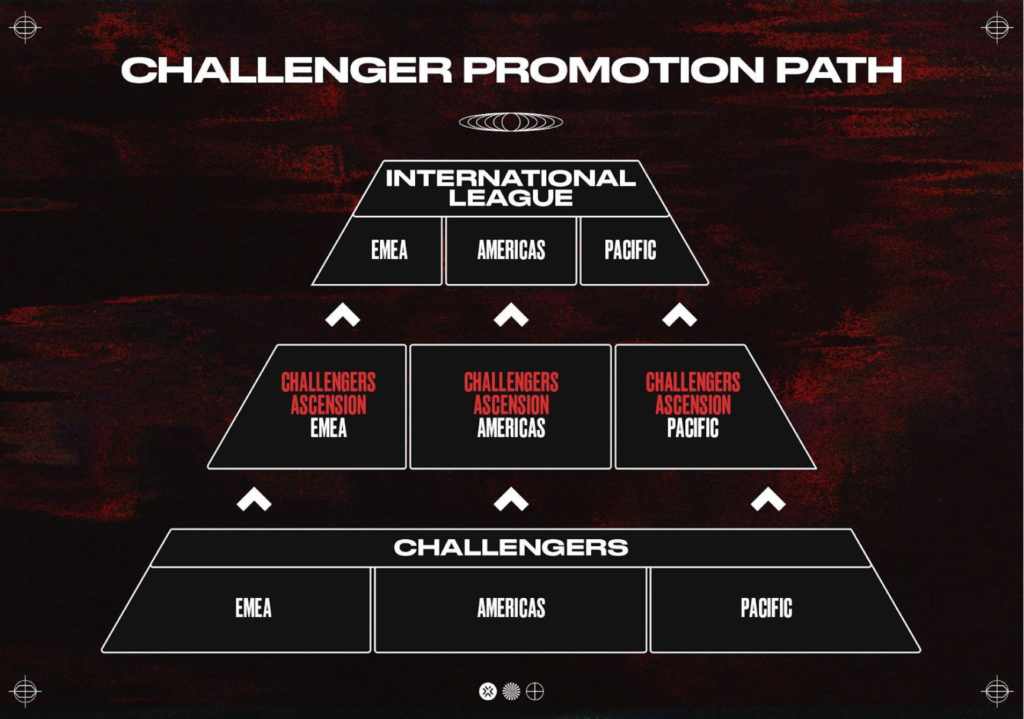 Riot is also still planning to implement a true path-to-pro system via “an in-game competitive system that goes beyond Ranked.” Potentially beginning in 2024, the top teams that emerge from this prospective system will get a chance to directly qualify from the game into the Challengers leagues, likely in the form of do-or-die relegation matches against the lowest ranked Challengers teams.

More information on international leagues, global events, and partnered teams will be shared in the coming weeks.