Riot gives away all League champions released until 2021 for free, but only to a handful of players

It looks like the gift is only available for one region—and with good reason.

Servers are live, and Riot is finally the official publisher of its own League of Legends and Teamfight Tactics in Southeast Asia. From 2010 to 2022, the games were handled by Garena in the region. To celebrate the change, local players are getting a special gift: all League champions released until 2021, for free.

With over 160 champions in League so far, that number keeps increasing as Riot maintains an average pace of five new releases a year. That is no doubt overwhelming for anyone just starting in the gameor anyone who needs to change servers and start over, which is the case for several SEA players.

As a way to include both of those groups, Riot is having a welcome party to the SEA servers. Whether you are a new player or if you have recently migrated your Garena League account, says the page, you can look forward to a whole series of exciting welcome events and rewards that we have planned for you! 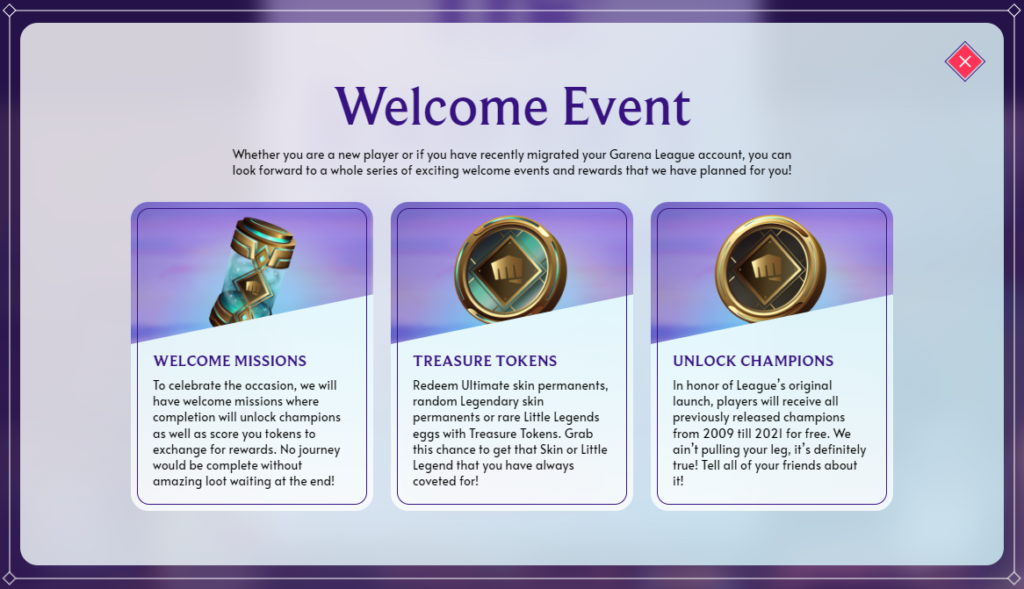 In addition to getting all those champions for free, welcome missions are gifting players with tokens and special loot, while treasure tokens allow them to redeem Legendary and Ultimate League skins, as well as rare Little Legends for TFT. All of that only applies to eligible users, though, which (as far as we know) means new players from Southeast Asia and those who link their Garena accounts.

Following the process announced by Riot, which began with account linking in November 2022, local SEA servers are now live, with TFT progress carrying over automatically. The 2023 ranked season is set to start on Jan. 12, 2023, shortly after the Season Kickoff event.