VALORANT developers Riot Games is set to launch a new path-to-pro competitive game mode above Radiant, the highest rank in the game.

The game mode, dubbed Premier, is expected to launch next week in Brazil for an alpha testing period. The game mode will allow players to create a team of five to compete against other teams in divisions. There will be a dedicated season composed of weekly matches and tournaments to compete in.

The seasons will last a few weeks and the top teams may qualify for a tournament to win the Division Championship. 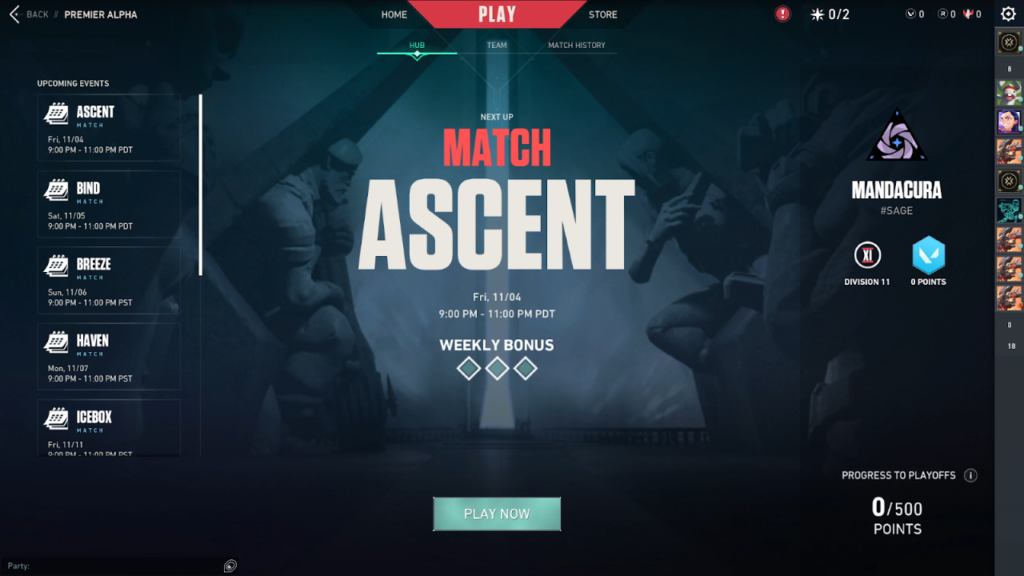 Players in Brazil will test a team creation system, serving load, and tournament play with a pick-and-ban system for maps, scoring, matchmaking quality, and other bugs.

Riot has emphasized that this system is in the alpha testing stage, meaning its far from being complete anytime soon. In its current state, Premier is about 60% of all the planned features and functionally, but there are whole features that are absent in the current Alpha, Riot said in a press release.

A release date for the wider VALORANT player base is unknown at the time of writing, but itll likely be released prior to the start of the main VCT season in February 2023.

Riot will be assessing the performance of Premier over the course of its rollout to players in Brazil. This will ensure that necessary changes are made while only a small number of players have to deal with the bugs or issues that may be present in the game mode.

Latest comments
No comments yet
Why not be the first to comment?
Featured news
Valorant40 minutes ago

NA takes Red Bull Home Ground by storm, EMEA forced to fight amongst themselves after day one