Riot devs are plotting big Rell update, admit they ‘missed the mark’ with her originally

The Iron Maiden has all but disappeared from the Rift.

Rell will be the next League of Legends champion to get a mid-scope update, similar to the reworks Swain, Taliyah, and Olaf have received in recent Season 12 patches, with Riot devs admitting they missed the mark with her design originally and are now looking to rejig her core identity.

This will include separating her from Leona, champion boss Ryan Reav3 Mireles explained on May 4, and finding a more unique identity for the Iron Maiden.

Rell was released in Dec. 2020 and promised to bring another hard-hitting, tanky, engage-heavy support to the League of Legends roster. While she found early success off the back of overtuned numbers, Riot devs quickly slapped her with several nerfs to her overall tankiness. The hit dropped her win rate significantly.

Since then, Rell has all but disappeared from the League metagame.

As of May 4, the Iron Maiden has slipped to a 1.02 percent play rate in competitive League queues, according to stats site Lolalytics. In normal lobbies it gets even worsethe support appears in just 0.8 percent of unranked matches.

Her wild slide has made her a high priority for the League dev team.

Rell is a champion weve talked about as a possible target for a mid-scope update, Mireles confirmed today. We think we could potentially smooth out some of [her] issues with an update like that. We havent started work on one yet, but she is a champion we feel is fairly high priority.

The biggest issue, Mireles admits, is she fails to live up to her fantasy.

When Rell was still in the development pipeline, the Riot devs dreamed of a new horse-focused character that lost pace when she was dismounted. When Rell hit testing, however, the speed-boost given by her mounted form made her too focused on roaming and took away from the standard bot lane dynamic. It ended up being unhealthy, Mireles explained, and the idea was scrapped.

Without that fast/slow gameplay, Rell became more focused around her tanky elements, including providing shields and lengthy survivability. The change steered her more towards a Leona clone, which is eventually how she shipped.

We need to re-look at her and push power elsewhere, Mireles said. 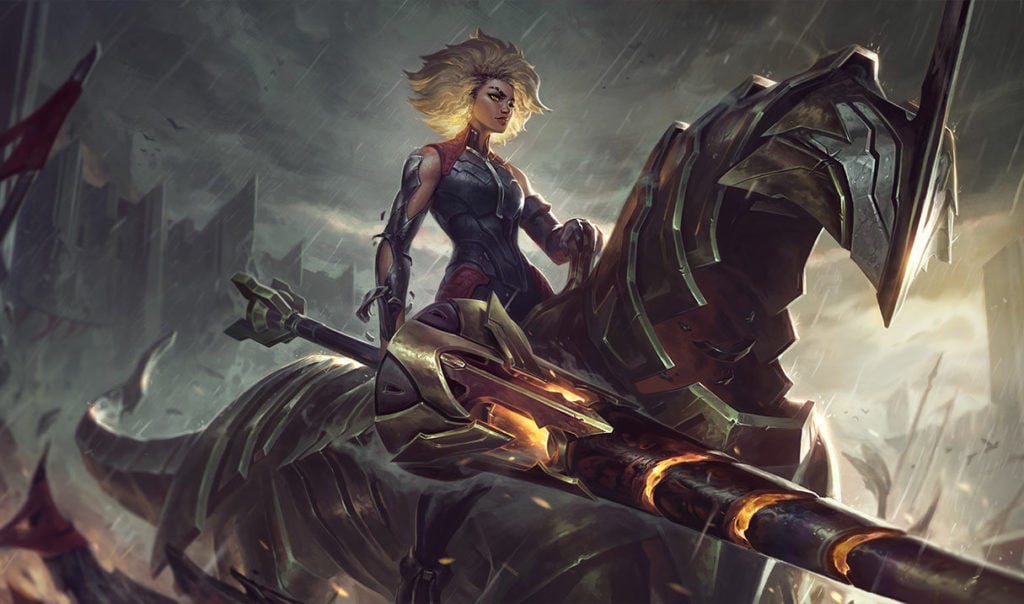 The aim, the Riot dev boss says, is to give her a more unique identity, and separate her from Leona more. Ideally, Rell is in a place where people that like Leona also want to play Rell. Both are awesome armored tank supports.

Right now, if you like playing Leona, you probably dont have a good enough reason to also play Rell, and that is something we want to address in a mid-scope update.