Fans can enjoy a unique audio experience with the new skins.

VALORANT is home to dozens of unique skin designs that are perfect for almost any aesthetic, ranging from minimal designs to futuristic bundles of color. But the new Spectrum skin line takes a different approach, focusing on the sound design first and the skin models last.

For Spectrum, we worked backwardswith audio first, VFX second, and model last, said Chris Stone, senior weapons artist for VALORANT. This required us to slightly rethink how we typically produce skins, but also was a fun challenge for the team that allowed us to develop the best skin possible.

The Spectrum skin line comes in collaboration with Zedd, who’s a VALORANT enthusiast, alongside being a world-class DJ. The skin line was teased during the Year One Anthem video earlier this summer and fans have waited patiently for the skins to be revealed. Zedd was more involved than fans might expect, helping create the vision and feel of almost every sound in the bundle.

Senior sound designer Isaac Kikawa explained that Zedd provided a sound vision that Kikawa would adjust to match the VALORANT gameplay space. This created something that sounded like Zedd but matched the world of VALORANT. 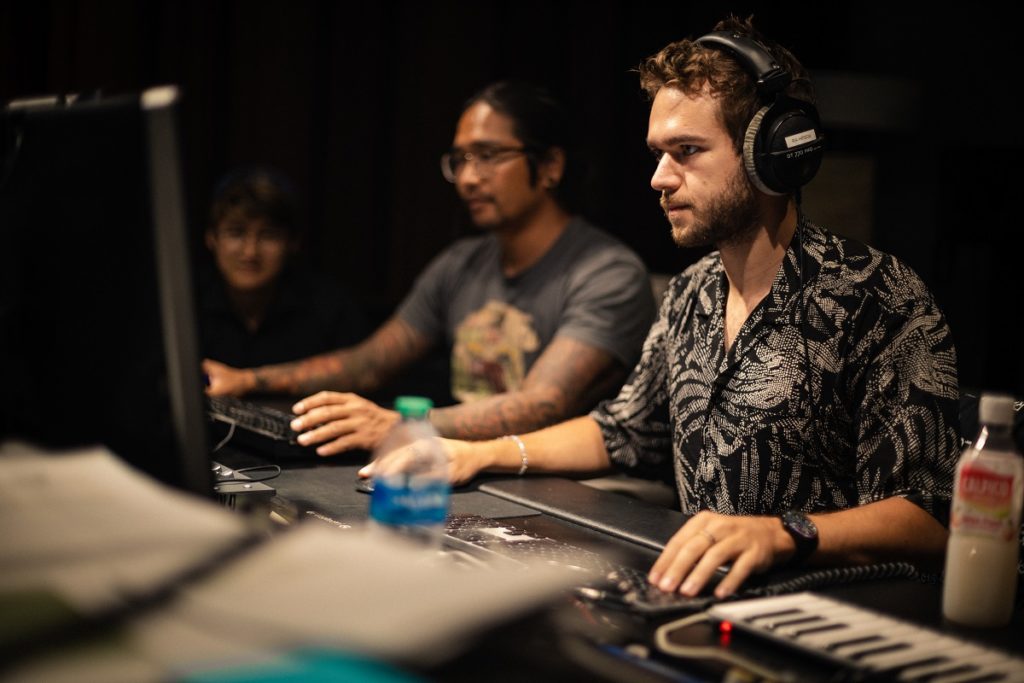 It helps that Zedd is a VALORANT enthusiast and is an Immortal ranked player, too.

The very first time I got my hands on VALORANT, I pretty much stopped playing all other games. It was the perfect combination of my favorite games, Zedd said. When I was younger I was obsessed with Counter-Strike, and in recent years I played loads of Overwatch, but felt like the room for ‘clutch’ moments just wasnt there. When I heard about VALORANT, I thought it could combine my love for abilities with the high-consequence gameplay of a game like Counter-Strike.

The Spectrum bundle is one of the most ambitious and complex skin lines the team has ever made, according to VALORANT senior producer Preeti Khanolkar. The details throughout each skin result in multiple oh shit moments and Zedd contributed a significant amount of work to the unique sounds for each weapon.

The new skins are also designed to be appealing to players, according to VALORANT art lead Sean Marino. Even if players aren’t familiar with Zedd or his brand, the sci-fi and sound-heavy skins are an excellent choice for any player looking for a new skin bundle. 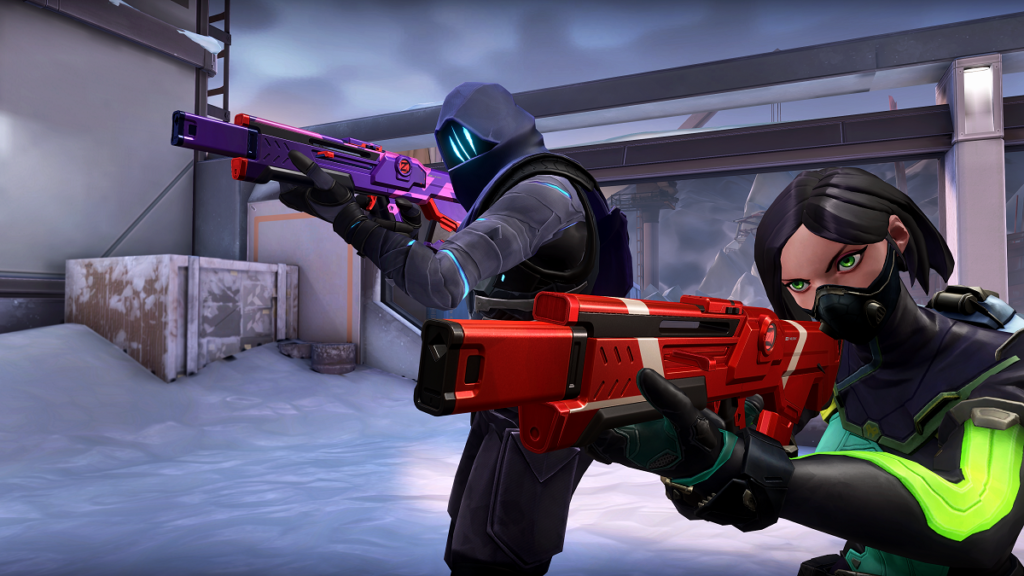 The Spectrum skins are for everyone. | Image via Riot Games

The Spectrum bundle includes skins for the Phantom, Classic, Bulldog, Guardian, and Waveform Melee. The base version of each skin includes the custom model and ADS reticle that changes colors as you move. Level two adds a custom muzzle flash and firing audio, and the muzzle flash color changes as you move around the map.

Level three adds custom equip and reload audio and visual effects, as well as accent colors that change as you move. This level also introduces a custom inspect sound that’s different for each weapon and pulses to the beat of other sounds. The unique inspect sound is known as Sequence and highlights how much work went into creating a unique audio experience.

Level four adds a kill banner and finisher, which are two of the most exciting additions in the skin line. The finisher creates a Zedd and VALORANT logo above the killed player, shrouding the area in a colorful experience reminiscent of a nightclub. The finisher changes colors based on where it spawns and is slightly different if the bomb still needs to be defused when activated.

The Spectrum bundle opens the door for other artists to collaborate with the VALROANT team to create a unique experience. Zedd was heavily involved in almost every step and fans can see the hard work and dedication in the finished product. Perhaps another popular artist will follow the same path in the future.

The Spectrum bundle costs 10,700 VP and is in the Exclusive Edition price tier. Make sure to purchase the bundle before its too late.

Latest comments
No comments yet
Why not be the first to comment?
Featured news
Valorant13 hours ago