Results for 2023 Call of Duty League Major One

Who will strike first in the 2023 CDL season?

The first Major of the 2023 Call of Duty League season has officially arrived, with all 12 CDL franchises and four qualified Challengers teams getting the opportunity to earn the first batch of CDL Points toward Championship qualification.

Major One for 2023 will take place in Raleigh, North Carolina at the Raleigh Convention Center from Dec. 15 to 18. The 16 teams will be separated into four GSL groups with their own four-team double-elimination bracket, with the top seed from each group getting to play a Challengers team in the opening match. The two teams from each group will advance to the double-elimination playoff bracket.

A closer look at each group. pic.twitter.com/PnhADcWAGX

Minnesota RØKKR, Toronto Ultra, Atlanta FaZe, and Boston Breach all qualified as top seeds in their respective groups. All matches at the Major will be best-of-five, except for the best-of-seven grand finals on Sunday, Dec. 18. 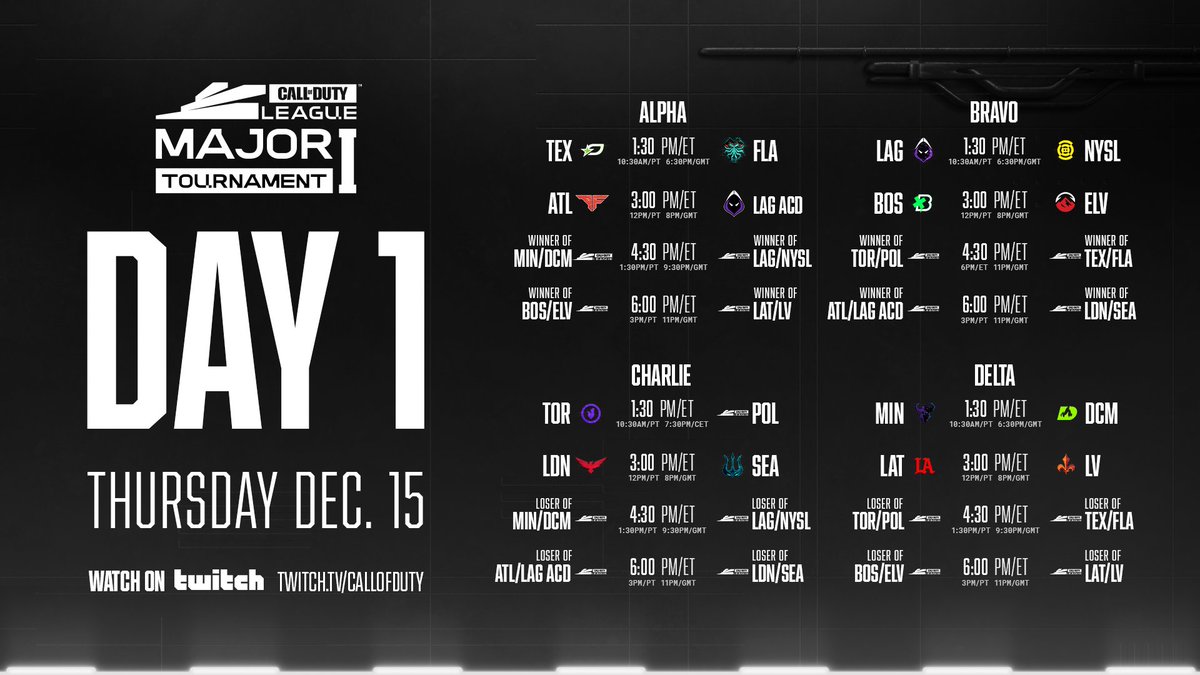 The first official Major of the Modern Warfare 2 era begins on Dec. 15, but there was a seeding tiebreaker match between London and the L.A. Thieves on Dec. 14 that took place off-stream (won by L.A. Thieves 3-0).

Here are the results and schedule for the 2023 Call of Duty League Major One.

This article will be updated throughout Major One, which concludes on Sunday, Dec. 18.

Simp: ‘I think our SnD overall is by far the best in the league right now’