The champions will take home $1.2 million.

The biggest and final tournament of the professional Call of Duty: Vanguard season is underway.

The 2022 Call of Duty League season is culminating in the 2022 Championship Weekend, which acts as the CDL playoffs (better known as CoD Champs). Only the top-eight franchises in the CDL regular season standings will compete at CoD Champs 2022 from Aug. 4 to 7 for their share of the $2.55 million prize pool. The eventual victors will take home $1.2 million as the first-place prize. 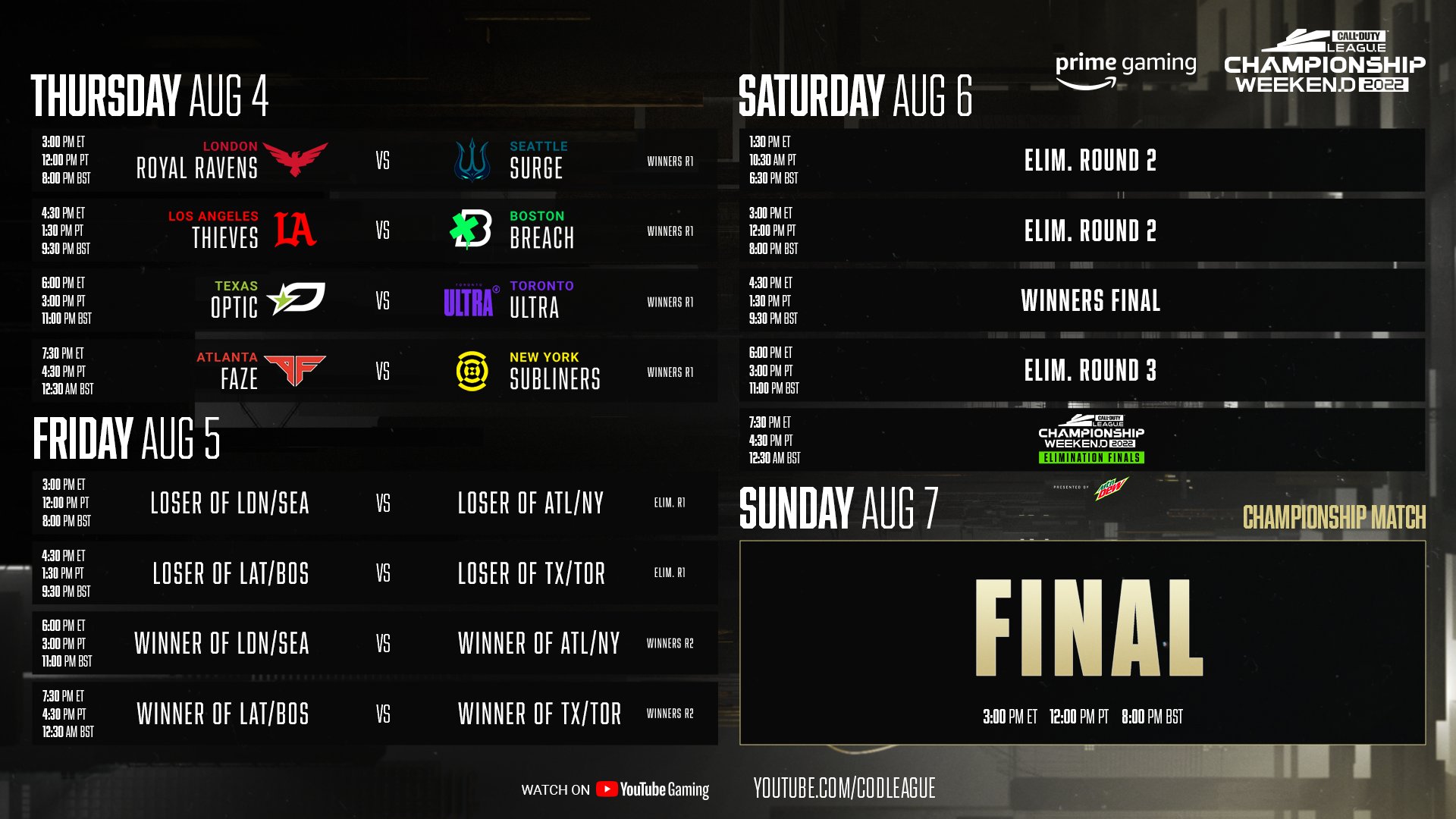 Throughout the professional Vanguard season, four different franchisesOpTic Texas, Los Angeles Guerrillas, Seattle Surge, and Los Angeles Thieveswon one of the four Major tournaments. Keeping that in mind, it wouldn’t exactly be too surprising if another team took home the biggest title of the year this weekend.

The L.A. Thieves are the most recent Major champions, but they’ll face plenty of competition at CoD Champs 2022. The team they faced in the grand finals of Major Four, the New York Subliners, went on a remarkable run over the last month just to qualify for the CDL postseason. And the Atlanta FaZe, who won CoD Champs 2021 but haven’t lifted a trophy yet in Vanguard, will look to repeat as world champions. 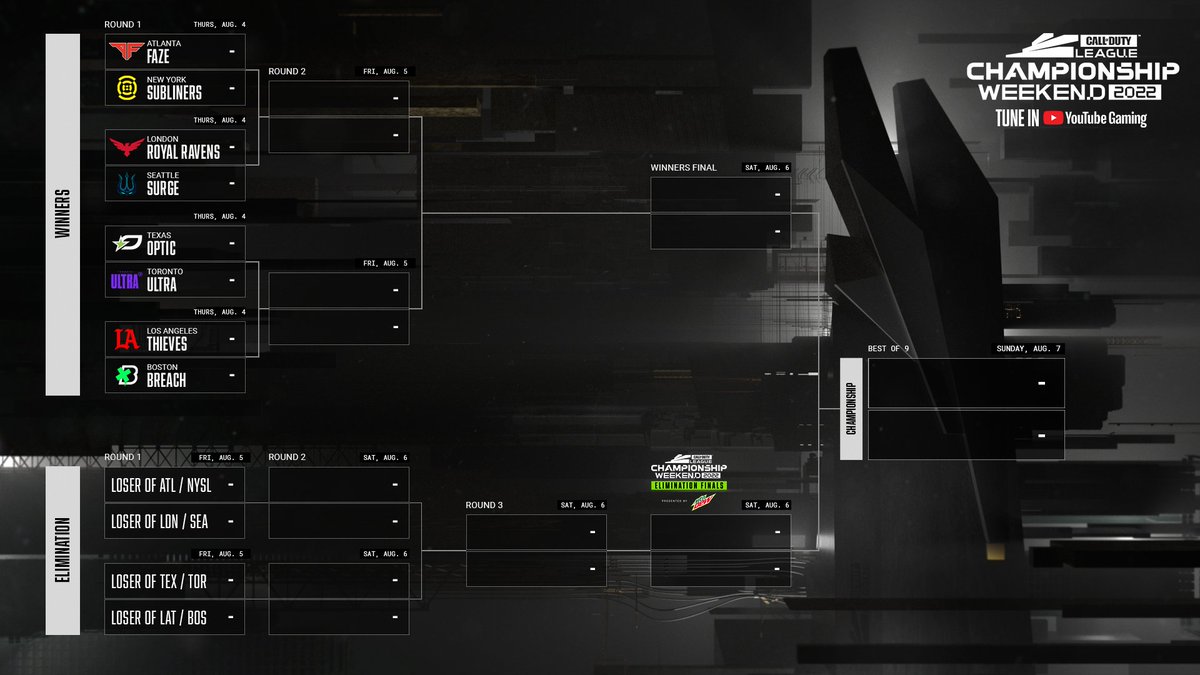 It feels like any of the eight teams at this event could walk away with the title in the end, and with each squad starting in the first round of the winners bracket, everyone is essentially on equal footing.

Related: The most unpredictable event ever: Who will win the 2022 Call of Duty League Championship?

Here are the results from the 2022 Call of Duty League Championship.

London Royal Ravens vs. Seattle Surge (Winners bracket round one)

This article will be updated throughout CoD Champs 2022, which will wrap up on Sunday, Aug. 7.

Latest comments
No comments yet
Why not be the first to comment?
Featured news
CoD18 hours ago

OpTic Texas to run it back with same CDL lineup despite Dashy, iLLeY announcing free agency

OpTic Texas to run it back with same CDL lineup despite Dashy, iLLeY announcing free agency