Take a look back at the new agents who joined VALORANT in 2022.

2022 was another fantastic year for VALORANT. The game celebrated its second birthday this year and has continued to do well for both casual and competitive players.

The development team at Riot Games has put out an impressive amount of content for VALORANT this year, including one new map and three new agents, along with a wide variety of new cosmetic items.

Today, were focusing on the agent releases in 2022, which have resulted in Neon, Fade, and Harbor making their way into servers worldwide. Each of these agents fulfills a different role, and they all also have markedly different designs, personalities, and places in the meta. But which agent was the best addition to VALORANTs character lineup?

Here are our rankings of each agent release for VALORANT in 2022, from worst to best. 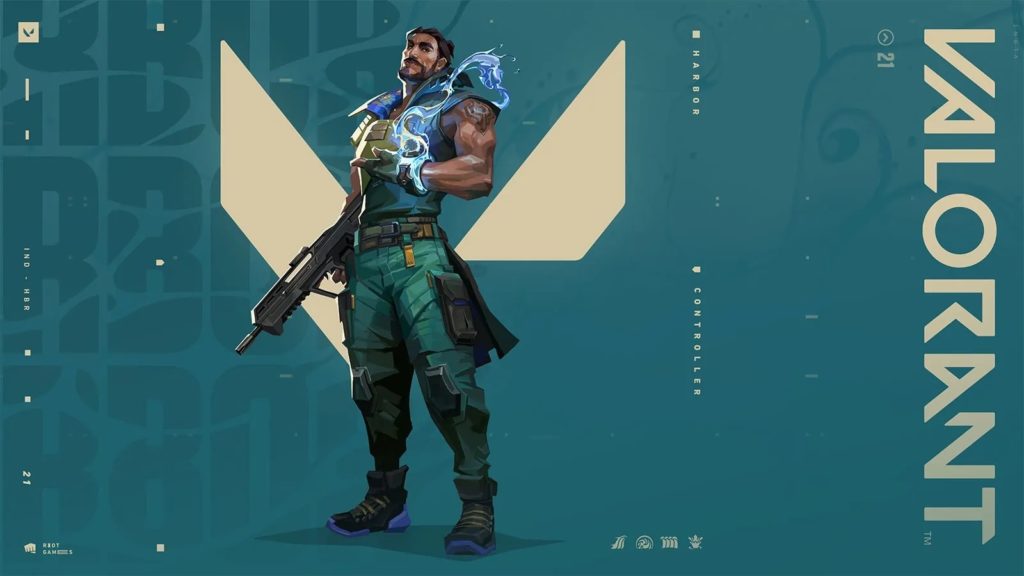 It feels like Riot had been teasing Harbors release for nearly the entire year, with a wide variety of cosmetic items and even an entire map based around water and the ocean. Finally, in October, players got their water-themed agent.

Harbor was also pretty popular for his design, and also filled a void of representation that players had been requestingan Indian agent. Once his face was revealed, social media went wild over his looks, some saying he might be the most handsome agent in the lineup.

Harbor also got a great agent trailer. His cinematic is thrilling, and captures not only his energy as a character, but also provides a backstory to all of his abilities in-game. It also outlines his fun personality that comes through in his voice lines.

Where Harbor suffers is his actual presence in-game. The first new controller to be released since Astra in early 2021, Harbor strays a bit from a traditional controller presence. His abilities certainly serve to divide up a site and set his team up for success, but he has struggled to fit seamlessly into the meta. Despite the hype for the agent, his presence has been less noticeable on the servers. Fans have specifically referenced Harbor struggling to act as a teams solo controller player, something that Brimstone, Omen, and Astra, by comparison, can do quite well.

Harbor got a buff to some of his abilities in Decembers 5.12 patch, which is likely the result of low pick rates so far in the game. Though with any new agent, there is certainly an adjustment period, hopefully, Harbor can be more balanced in the future. It is important to remember also that controller tends to be one of the less popular roles to play in the game, which might be influencing his pick rate.

Though Harbors agent design, abilities, teasers, and personality are great from a character design perspective, and he fits well into the existing lineup of agents, he suffers in the context of the game itself. His release was great, but things havent quite panned out for Harbor in actuality, making him rank last on our list. 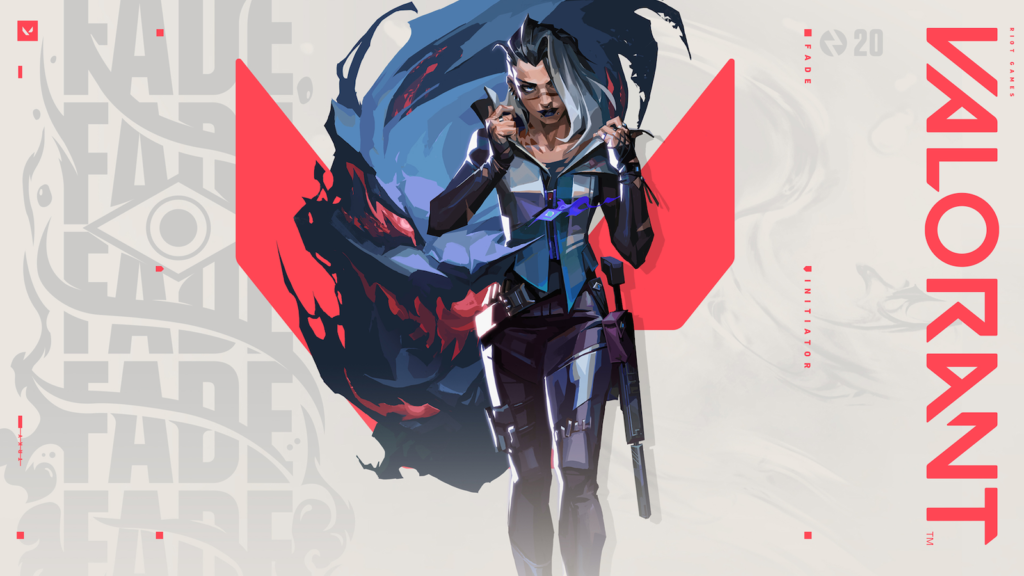 Fade is a beautifully designed agent. Her brooding character, dark features, and surprise cat paws on the underside of her shoes give her the perfect aesthetic. She has a dark presence and mysterious air about her, but also has a soft side. Many players fell in love with Fade because of her design alone, even before getting a chance to play her.

Her abilities are also incredibly unique and are extremely cohesive pieces of utility that also fit with her overall design as a character. Her abilities also all build off of each other, giving her an integrated kit that doesnt take long to understand.

She also didnt enter the agent pool as an extremely over or under-powered agent. Sometimes when agents first enter the game, players can have a hard time adjusting to their presence. Though of course learning how to play around Fades utility may have been a challenge at first, she seemed balanced. To this day, she still hasnt had to have any massive adjustments to her kit, unlike agents like Chamber and Yoru, who were too powerful and not powerful enough, respectively, upon their release.

Fade comes from a region that, before her release, wasnt represented through any of the agents or maps in the VALORANT lineup. Fade is from Turkey, and although there were no agents also from there before her release, there are several notable Turkish players and streamers in the community, including VCT world champion cNed.

So, why is Fade ranked second on our list of agent releases this year?

Fade ranks lower because she wasnt promoted as well as the other two agents this year. While the hype around Neon and Harbor seemed to build up for weeks, Fades April release seemed to come out of nowhere. She also didnt seem to fit into a cohesive concept that the game was going for at the time.

Several other exciting changes were coming to VALORANT around the time of Fades release, which may have dulled the excitement of a new agent. So though Fade was certainly a successful release this year and has added an exciting new dimension to the initiator class, it would have been nice to see more promotion for her.

We would love to see more about her backstory, which casual players may not even be aware of, as many clues about Fade came from her blackmailing and messages to other agents that were accessible in The Range before her release. VALORANTs official Twitter account also highlighted some of her relationships with the other agents, showcasing each of their fears, but her official agent trailer feels like its missing something.

That said, Fade was still a fantastic addition to the VALORANT lineup for 2022. 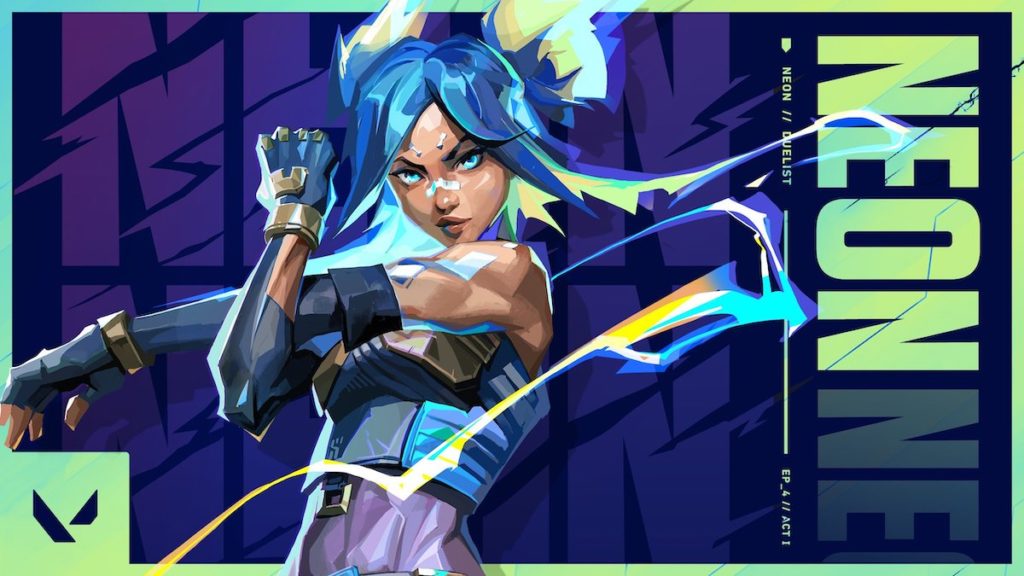 Neons release was one of the highlights of the year for us. Neon filled a gaping hole in representation that was desperately needed. Southeast Asian fans of a variety of games had been asking for representation for a long time. While several other popular first-person shooters have East Asian or South Asian identities represented, including VALORANT agents Jett, Yoru, Sage, and Harbor, Southeast Asian characters are less common. So Riots double-header of Filipino characters Neon and League of Legends champion Zeri was a huge success.

Neon is also a character that felt extremely relatable for a variety of other reasons.

Neon joins VALORANT as a young woman, likely the youngest agent in the game, and her cinematic showcases her moving into her room at the VALORANT headquarters for the first time. She is setting up her room and decorating it with things that remind her of home. She listens to her favorite song while setting things up, and dances alone in her room. She also collects plushies, something that the community found particularly endearing.

Though VALORANT is full of incredible, superhero-esque stories of agents with earth-shattering abilities coming together to save the world, seeing a young person dancing alone in their bedroom is exactly the change of pace VALORANT needed. Her personality shines in her cinematic and her voice lines carry it over into the game. 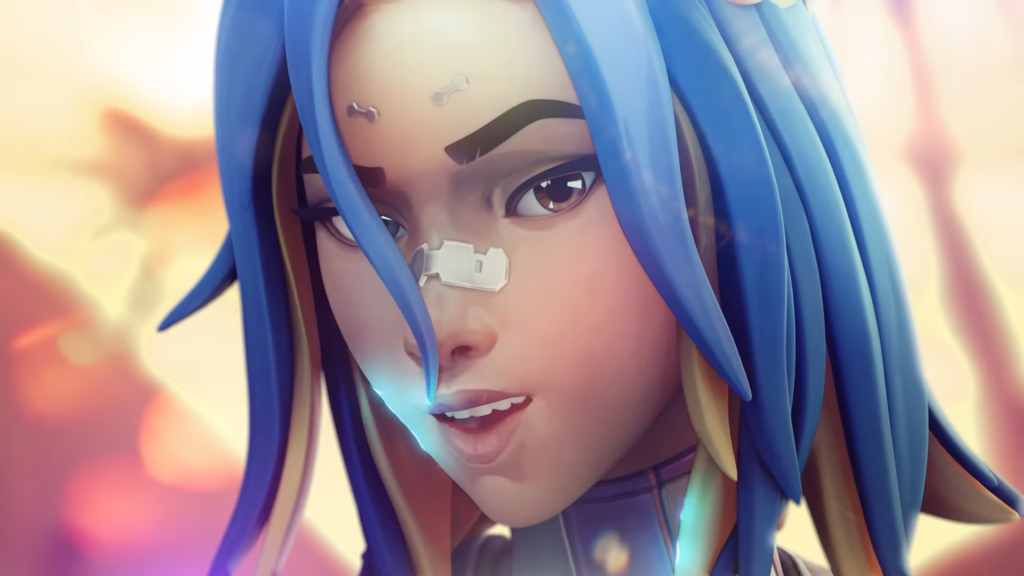 Aside from the real-world impact of Neons release, her impact in-game has also been influential for several reasons.

Neons design has a cohesive theme, which revolves around electricity flowing through her body. All of her abilities come from this electric charge that fuels her speed.

Before Neons release, there was really only one choice for players who wanted to play a fast agent. Jett used to be dominant at every rank, in every professional game across a variety of leagues. Her speed was unrivaled, and her fast motion made her an easy-to-miss target and gave her escapability that was only rivaled by Chamber. Though she has received several nerfs from 2021 until today, Neons release also helped to balance out the number of players who were insta-locking Jett.

Neons movement style is different from Jetts, and her kit requires a different skill set, but she is very fun to play. Her passive running ability allows her to cover more ground than any other agent, and her slide lets her escape tricky situations with ease. Her relay bolt gives her a nice piece of external utility. Overall, her kit is balanced.

Her ultimate ability is the first ability in VALORANT that relies on players tracking skill. Most of the aim in the game relies on flicking, crosshair placement, and character movement, but Neons ultimate is an entirely new tool for duelist players to have fun with. There have been several memorable moments in the VCT this year where Neon players have completely bulldozed through their enemies with her ultimate.

We cant help but smile when Neons pigtails light up with a flash of lightning, even if it means were about to die.

Dot Esports looks forward to the next agents coming to VALORANT in 2023. Hopefully, the lineup will be rounded out by another sentinel agent in the early part of the year. Rumors of a new map have been circulating, and seeing an agent that ties in with the concept of the map would be a nice cohesive addition to the game. Hopefully, Riot continues to put out designs that are representative and inclusive of the VALORANT player base.