Not every popular mechanic can show up in a variety of Magic sets.

Head Magic: The Gathering designer Mark Rosewater broke down recent mechanics today through his second Storm Scale post and the probability of those mechanics returning in future sets.

Wizards of the Coast has been expanding upon successful mechanics over the course of the last few years, from Sagas that transform into creatures and other Modal double-faced cards (MDFCs) to Foretell and Magecraft. The popularity of an MTG mechanic helps determine whether the design team plans on using it, but it must also fit in with the overall design of the set and have a low effect on playability across multiple formats.

One of the most recent MTG mechanics that has been used repeatedly in sets over the past two years has been Modal double-faced cards. More of a design tool than a mechanic, according to Rosewater, MDFCs are flexible to design around and liked by many players. Despite the popularity, players shouldn’t expect them in every set, but they will return and potentially have variations that haven’t been done yet. 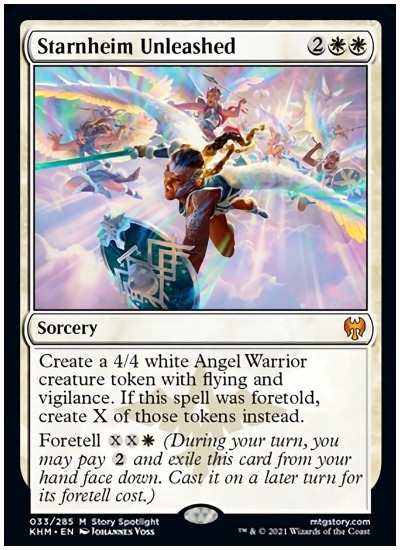 Image via Wizards of the Coast Magic: The Gathering

Slightly less versatile but equally popular was the Foretell mechanic that first got introduced through Kaldheim. The mechanic can technically go on any card type, at the risk of feeling clunky, meaning the MTG set needs to support the mechanic through design.

“Foretell can go on any card type, but it tends to want to be on an effect where foreknowledge will lead to interesting game interactions,” Rosewater said. “While this isn’t a narrow category, it’s not as robust as one might assume. In other words, you can put foretell on just about any effect, but not every effect wants to have Foretell or will necessarily play better because of Foretell.”

The popularity of Foretell will bring the mechanic back sooner than later, with Rosewater saying he’s “optimistic” to see it return. 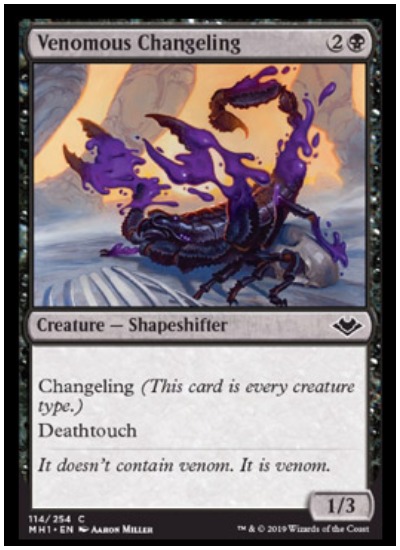 Image via Wizards of the Coast Magic: The Gathering

Changeling and Auto-Equip were two other mechanics that Rosewater feels confident about their return in future sets, although Auto-Equip requires more design support to have a positive impact on the MTG set. Similar to Foretell, the design team plans on using the Changeling mechanic in “numerous” future sets.

The mechanics’ Party and Boast were the least liked throughout the last few years and aren’t likely to return any time soon. Snow, however, is one of the most popular MTG mechanics that is likely to return under the right circumstances, along with Magecraft from Strixhaven: School of Mages.

Including the Snow mechanic within a set only takes place when “it’s mechanically relevant,” according to Rosewater. It will return but “not too frequently.” Magecraft also needs design support but not as much as Snow and is expected to return due to balance flexibility within the design space, according to Rosewater.