Get some free extras with your copy of the game.

Pokémon fans in the UK will have a chance to score some extra goodies with their preorder of Pokémon Legends: Arceus thanks to a promotion held by the Nintendo Store.

All pre-orders for the next-generation Pokémon title come to Switch early next year will be upgraded to include a SteelBook case and a figurine of the focal Pokémon Arceus, Nintendo UK announced yesterday, 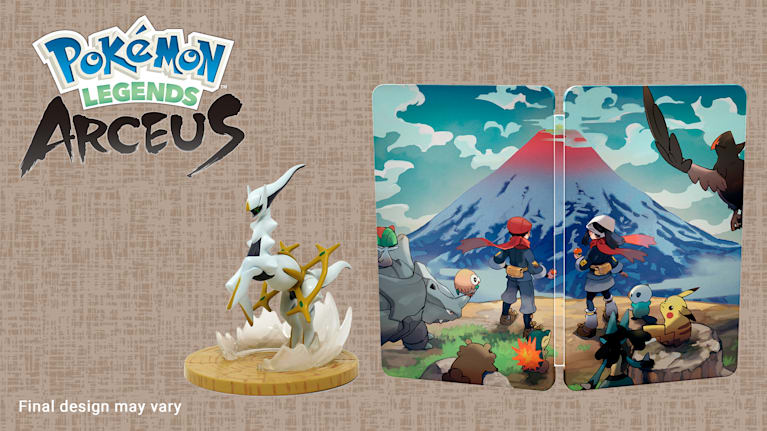 You can pre-order the game now to receive these bonuses while there is ample stock available, and those who had already got their pre-orders in via the store will automatically receive the gifts too.

Pokémon Legends: Arceus is set to give fans of the franchise a drastically different take on the Pokémon adventure with its unique 3D open-world RPG gameplay. Venturing across an ancient Sinnoh region, known at the time as the Hisui region, players will begin to compile the very first Sinnoh Pokédex.

The game wont hit stores until Jan. 28, 2022. If you plan on securing these bonuses you wont want to wait too long to get your preorder in which you can do so here.

As of now, it seems this promotion is exclusive to the UK. But there are other promotions surrounding the launch of Pokémon Legends: Arceus in other regions such as the TCG promotional card available with pre-order in Japan, as well as the gift of 30 in-game Heavy Balls to those who pre-order the digital version through Nintendos eShop.

Latest comments
No comments yet
Why not be the first to comment?
Featured news
Pokémon8 minutes ago

What systems is Pokémon TCG Live on?