PlayStation: PC and mobile will make up half of gaming giant’s annual releases by 2025

Sony has big plans for the two platforms.

Brace yourselves, PC and mobile users. More PlayStation titles are coming to the platforms in the near future.

During the latest Sony business briefing today, Jim Ryan, the president of Sony Interactive Entertainment, explained that releasing more games on larger platforms in the coming years can be “transformational to our business.” It’s said that the company is planning to release a minimum of 12 live service games soon.

In Ryan’s presentation, one of the slides suggested that half of the company’s productions would be made available on PC and mobile by 2025. 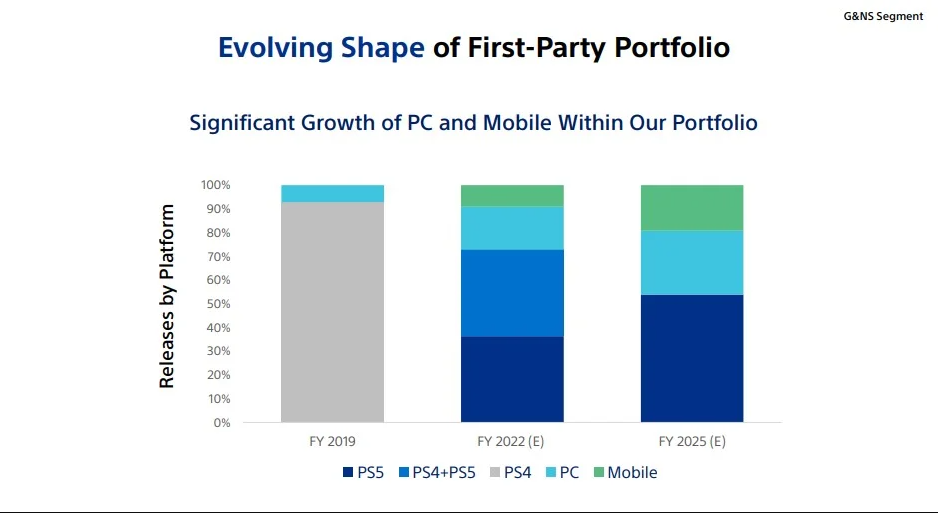 “By expanding to PC and mobile, and it must be said also to live services we have the opportunity… to being present pretty much everywhere,” Ryan said during the briefing. He continued by expressing his belief that if Sony does it right, more players will naturally enjoy their games, which basically means the company will earn more money. But this could have an enormous influence on Sony’s structure in the coming years.

“If we are successful in making a portion of the 12 live service games that we have in development in PlayStation Studios… then the impact of that over time will be completely transformational to our business structure,” he said.

Up until now, Sony has released a few notable games on the PC, including Death Stranding, Horizon Zero Dawn, and God of War. Later this year, Uncharted: Legacy of Thieves Collection is scheduled to hit the platform as well.

The gaming giant is also looking to hire a senior director for PC, who would be responsible for planning and strategy of the “global PC store.”