The power of mana suns bends to the Phyrexians' will.

The mana suns of Phyrexia have been bent to the will of the Praetors in the upcoming Magic: The Gathering set, Phyrexia: All Will Be One.

Phyrexians have warped the five suns of the MTG plane known, formerly known as Mirrodin, creating an outer layer on the plane that aligns with constructed monuments. Within the Phyrexia: All Will Be One (ONE) set, Wizards of the Coast has captured this detail of the transformed plane through Panorama full-art basic lands, showcasing the suns behind monuments created by each of the five Praetors.

Illustrated by Alayna Danner, each of the five full-art Panorama basic lands in ONE has the Praetors monuments pair with the sun to showcase the Phyrexian symbol. These landmarks highlight how Phyrexia as a plane has evolved over time, bending to the will of the five Praetors. 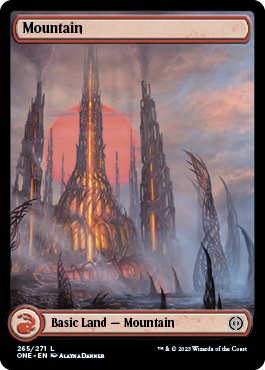 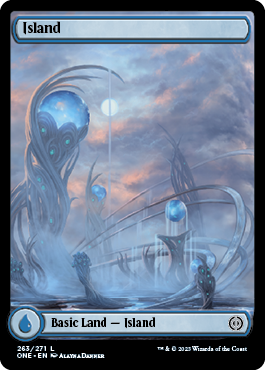 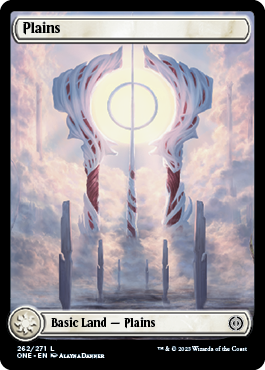 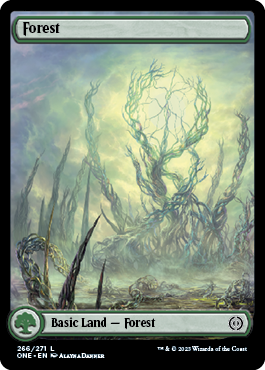 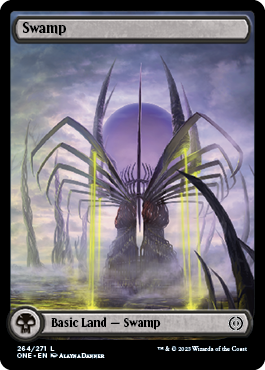 Basic lands are typically put in order of White, Blue, Black, Red, and Green. But on the plane of Phyrexia, the mana is aligned according to loyalty to Elesh Norn. This has White in the middle, followed by Blue on the left and Green on the right. And on the outer edges are Red and Black.

The Praetors Jin-Gitaxias (Blue) and Vorinclex (Green) are loyal allies of Elesh Norn (White) and her vision of conquering the Multiverse. Sheoldred, the Black Praetor, is less aligned as she sees Elesh Norn as competition while Urabrask, the Red Praetor, believes in individualism and hasn’t submitted to Elesh Norn. 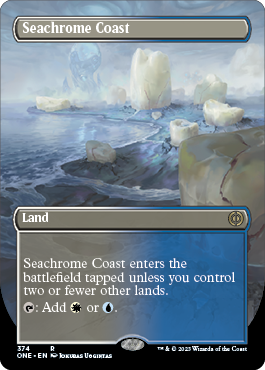 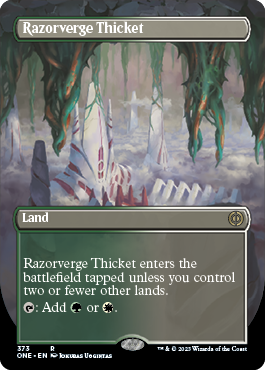 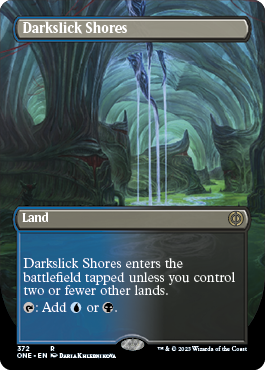 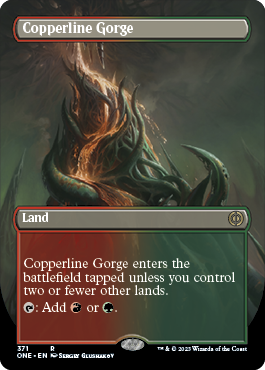 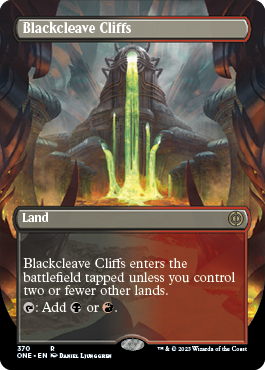 All Panorama full-art lands and borderless extended art Dual-lands can be found in set, Draft, and ONE collector boosters when the set has its prerelease event launch on Feb. 3.