Doubling Season gets another card to play with.

It only makes sense that the upcoming Dungeons & Dragons crossover set, Commander Legends: Battle for Baldur’s Gate, will have plenty of cards that further strengthen the archetype.

Over the course of Battle for Baldur’s Gate preview season, a cycle of Mythic Rare dice rolling Dragon Creatures was revealed. Each Creature triggers a dice rolling triggered ability when it deals combat damage to a player. These effects range from drawing cards to creating treasure tokens.

Dragon tribal decks in Commander are led primarily by Tiamat or The Ur-Dragon. Both five-color cards directly enable the archetype by help accrue card advantage. The Ur-Dragon is generally considered the strongest choice because of Eminence and its ability to cheat Dragons directly into play. Tiamat is not a bad choice either. It’s slightly cheaper than The Ur-Dragon and draws you five cards when it enters the battlefield.

All of the Dragons from Battle for Baldur’s Gate aren’t as fit to lead a deck compared to the two best options. However, each Dragon will be an excellent addition in the 99. As mono-color Creatures, they are also generally strong Creatures that can slot into a variety of archetypes.

The most recent Dragon revealed in the Mythic Rare cycle is the Ancient Bronze Dragon, a seven-mana Green finisher. 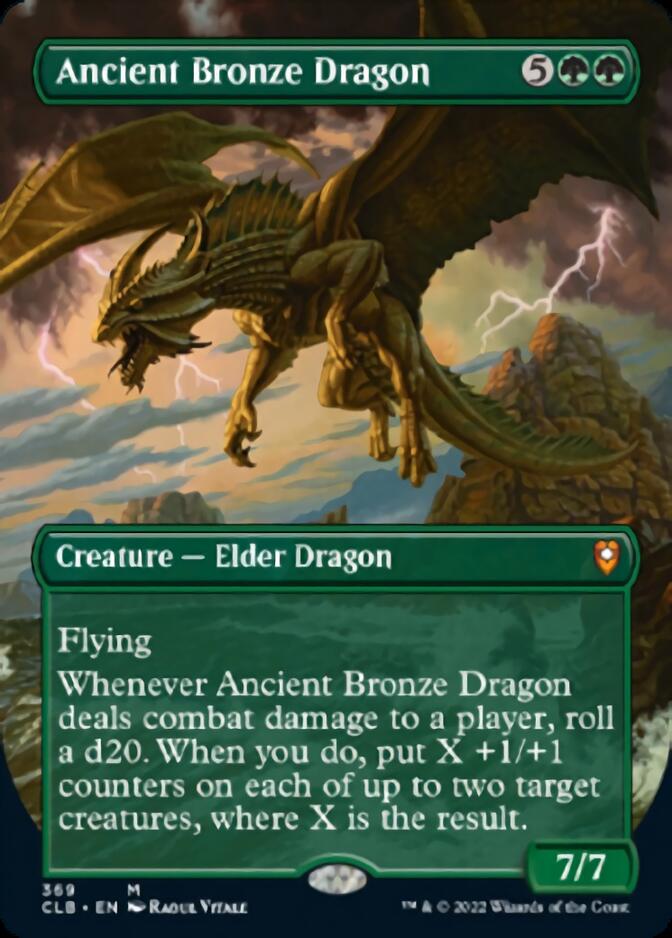 Of the cards revealed in the Mythic Rare cycle, Ancient Bronze Dragon is the best at impacting the battlefield with its combat damage trigger. Buffing two creatures with +1/+1 counters is a great way to build a more threatening battlefield and set up a lethal attack.

In a dedicated Dragon deck, almost every Creature will have flying. Buffing Creatures with evasion takes away the opponent’s ability to chump block. The counters will just represent even more damage hitting the opponent directly. 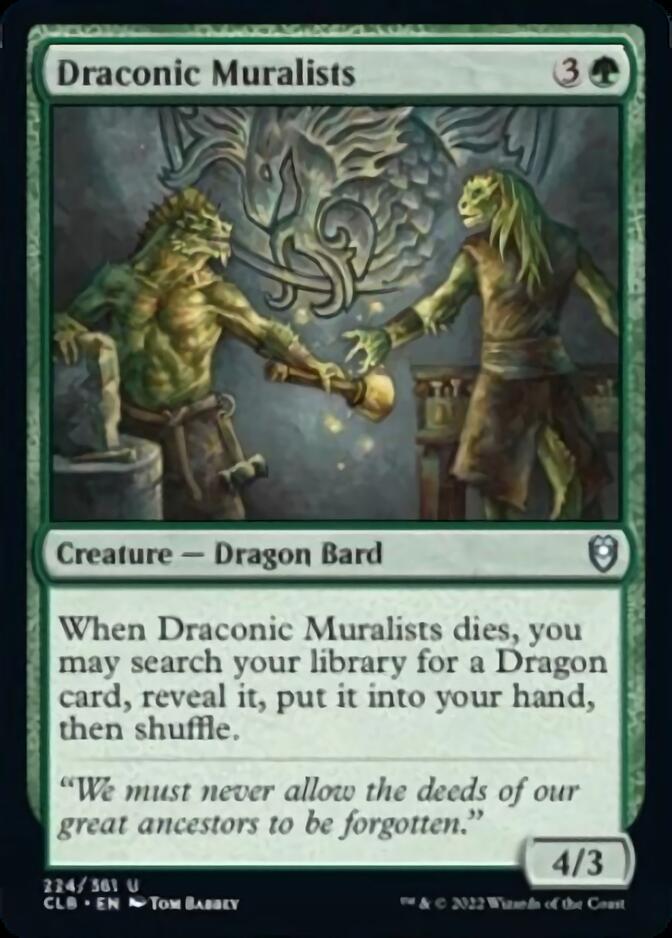 This represents a strong blocker that discourages people from attacking you. Being able to tutor for any Dragon is your deck is powerful and could lead to you finding your finisher or value piece to gain an advantage.

Dragon decks with plenty of ways to sacrifice a Creature will find extra value from Draconic Muralists. Being able to control when it dies is key to getting the most out of the death trigger. Karthus, Tyrant of Jund and Korvold, Fae-Cursed King are two Commanders that will want Draconic Muralists in the 99 of most builds.