The lack of localized prices makes Overwatch 2’s already pervasive prices even more aggressive for consumers all over the continent.

The red flags surrounding Overwatch 2s monetization system began to surface even before the game launched. After sending out a prospective survey with exorbitant price suggestions, Blizzard Entertainment told IGN the surveys values were not indicative of final pricing. But Overwatch 2s release showed the excessive prices werent too far from the mark, turning most eyes to the games new monetization systemand how predatory it could be.

With the sequel expansion, Blizzard Entertainment essentially slashed the utility of players leftover Credits by transforming them into a legacy currency and limiting what players can purchase with them. At the same time, Blizzard removed any free way to quickly obtain a meaningful amount of the games premium currency, Overwatch Coins. Players can only earn up to 60 coins a week from challenges, and the battle pass doesnt give any coins.

If you want to buy most new skins in Overwatch 2 (and even some returning cosmetics), youll have no choice but to shell out cash. Prices start at $7 for minor items like gun charms or highlight introsyes, some of them are paid nowbut a Legendary skin goes for $20. Event skins from Overwatch you may have missed will likely be available for coins only.

Though these numbers are already exorbitant by U.S. standards, they are even more predatory in other countries worldwide. Blizzard has seemingly opted to forego localized prices in several destinations, which makes them even less affordable for players in the Americasunless theyre willing to sacrifice a good chunk of their monthly wages.

A minimum-wage worker in the U.S. receives $7.25 per hour, which means they have to work about three hours to afford a Legendary skin in Overwatch for $20 and spend roughly 1.7 percent of their monthly minimum wage before taxes. Canada isnt too far behind, with its federal minimum wage set at 15.50 Canadian Dollars per hour (with varying rates depending on the province). A Canadian laborer on the federal minimum wage has to work less than two hours to purchase the 2,000 Coin pack for CA$26 and sacrifice around one percent of their pre-tax monthly earnings.

Though the issue with paying $20 for a skinespecially for one that would have been available for free in Overwatchis palpable in the U.S. or Canada, players from Latin America are up against even more terrifying figures, in part due to the lack of localized prices.

Take Brazil as an example. Blizzard charges 92 Brazilian Reais for 2,000 Overwatch Coins, or just under eight percent of Brazils monthly minimum wage of R$1,212. A sole worker in the upper echelon of the middle class would have to work around four hours to afford a Legendary skinas opposed to three hours for a minimum-wage laborer in the U.S.

In Argentina, a Legendary skin costs 2,400 Argentine Pesos, or roughly four percent of its monthly minimum wagealarming even before taking into account the countrys economic turmoil. A sole laborer at the low end of the middle class in Buenos Aires would have to work around five hours a day to afford a Legendary, while someone bordering on the upper class would need just two hourswhich is still two-thirds of what a minimum-wage worker requires in the U.S.

Mexicos numbers are even more appalling. A Legendary cosmetic costs 400 Mexican Pesos, or over twice Mexicos daily minimum wage of MX$172 in 2022. It would take the average middle-class urban Mexican almost a full day’s labor to afford a Legendary, while a worker on the upper end of the middle class only has to work four hours to afford it, based on thresholds from 2020. 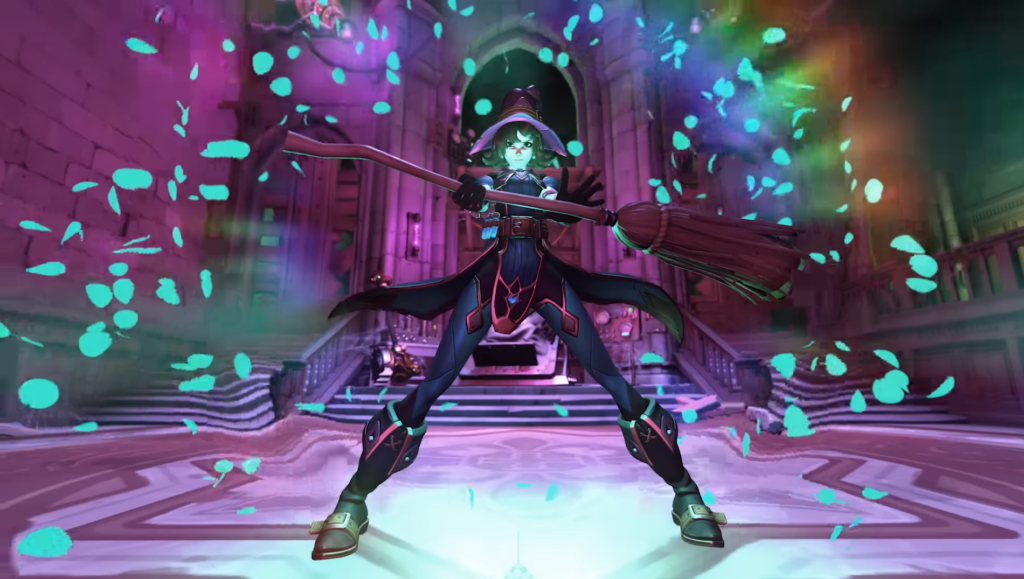 Overwatch 2s prices arent necessarily too far from the market. Apex Legends has a similarly oppressive monetization with $18 for a Legendary event skin. Call of Duty: Warzone and its successor also bring some bundles for $20, though they offer far more than a single cosmetic. These prices are par for the course in industry practices, but that doesnt mean theyre not overly expensive.

Though recent live-service launches have leaned toward ditching localized prices, older titles have successfully slashed their price tags for consumers outside the U.S. Fortnites 2,800 V-Bucks pack costs two-thirds of an Overwatch 2 Legendary in Brazil and half of it in Argentina. In Brazil, you can buy one Legendary and one Epic skin in League of Legends for as much as an Overwatch 2 Legendary, and youll still have 12 Reais left over for a snack.

The discrepancy between prices in the U.S. and Canada and in the rest of the Americas is shocking. While Overwatch 2 cosmetics are undoubtedly expensive in the U.S. and Canada, their cost is even higher in countries like Brazil, Argentina, and Mexicoto the point where the closest basis for salary comparison is between a minimum-wage worker in the U.S. and the higher end of the middle class in other countries. And its still not always close.

The pattern repeats itself in other emerging markets like South Africa, where a Legendary skin costs nearly two full days of minimum-wage work, or Turkey, where the same cosmetic goes for around 6.5 of the country’s monthly minimum wage. Even developed markets like the E.U. and the U.K. show high prices, though players in those regions have to spend proportionally less of their income on cosmetics.

Implementing localized prices would mitigate one of the issues with the cost of cosmetics in Overwatch 2 by making them less horrifyingly expensive in some nations, but wouldnt really fix the core issues with its pricing model. Even if items were cheaper in specific countries, U.S. players would still have to pay $20 for a Legendary skin, and players worldwide would still be subject to the excruciating monetization that came with the free-to-play model.

The monetization system in Overwatch 2 is filled with the same pitfalls other free-to-play live-service games encounter, but it comes with the extra burden of building upon its not-so-distant predecessor.

Overwatchs loot box system allowed players to come out of a session with a few extra cosmetics free of charge, but Overwatch 2 misses that mark by a long shot. Between the paywalls, the limitations and shocking markups with Legacy Credits, the low cap on weekly coin earnings, and the battle pass grind, the only actually free new cosmetics in Overwatch 2 were the ones Blizzard gave as an apology for its bumpy launch, as log-in rewards, or as Twitch drops.

Overwatch players were used to getting loot boxes at every level up, and the most avid fans are accustomed to owning cosmetics and highlight intros for heroes they barely played just from the sheer amount of boxes they opened. Paying $7 for a five-year-old Hanzo highlight intro or $20 for a D.Va skin from 2020 is more alien than seeing Doomfist as a tank or having five players on your team.

Overwatch 2s monetization system needs a thorough overhaul to make it fairer to players worldwide. Its cheaper to buy a Pachimari key chain in real life than its in-game counterpart, and if you wanted to obtain all cosmetics from the original gamewhich were available for freeyoud have to shell out over $12,000 worth of Overwatch Coins. As long as theres room for absurd pricing decisions like these, localized prices wont be much more than a band-aid fix for a subset of players.

Until theres a better solution, though, pushing the needle down a bit in certain countries will already help mitigate the disparity between the expensive monetization in the U.S. and the harrowing prices in the Global South. With Overwatch 2 still being in early access, Blizzard has enough leeway to tweak the values and make sure a highlight intro doesnt cost $7and keep a Legendary cosmetic from costing more than a days work.

FPS streamers pile on the payload: Timmy and Summit1g face off in $25K Overwatch 2 showdown