"I made this hammer. It was so good I named it, hammer."

Riot Games has buffed the Legends of Runeterra Freljord region through Ornn, the fifth Awakening expansion champion to join the ranks.

Short on words but packed with value, Ornn was revealed today as the final LoR champion within the Awakening expansion that releases on Aug. 31. Using the new mechanic Forge and Equipment, the hammer god synergizes with Jax but will be played with other champions too.

Equipment is a new card type in LoR, returning to hand upon the unit it was equipped to getting removed from the game. And Forge is a new mechanic that grants an ally +1/+1 stats. If the ally is equipped, the Equipment is granted the stats instead. Showcasing both Equipment and Forge, Riot showcased Ornn’s ability through a new champion trailer.

Only two Freljord cards were included in the LoR spoilers today that aren’t in Ornn’s champion package. The hammer god received a Landmark called Ornn’s Forge, creating a Fleeting Time and Dedication in handa one-drop Focus spell that will Forge an ally. And Wrought Colossus is the new Freljord top-end finisher, costing eight mana. It has Overwhelm and creates a copy of itself in hand the first time it’s equipped, granting the Equipment stats to the copy in hand. 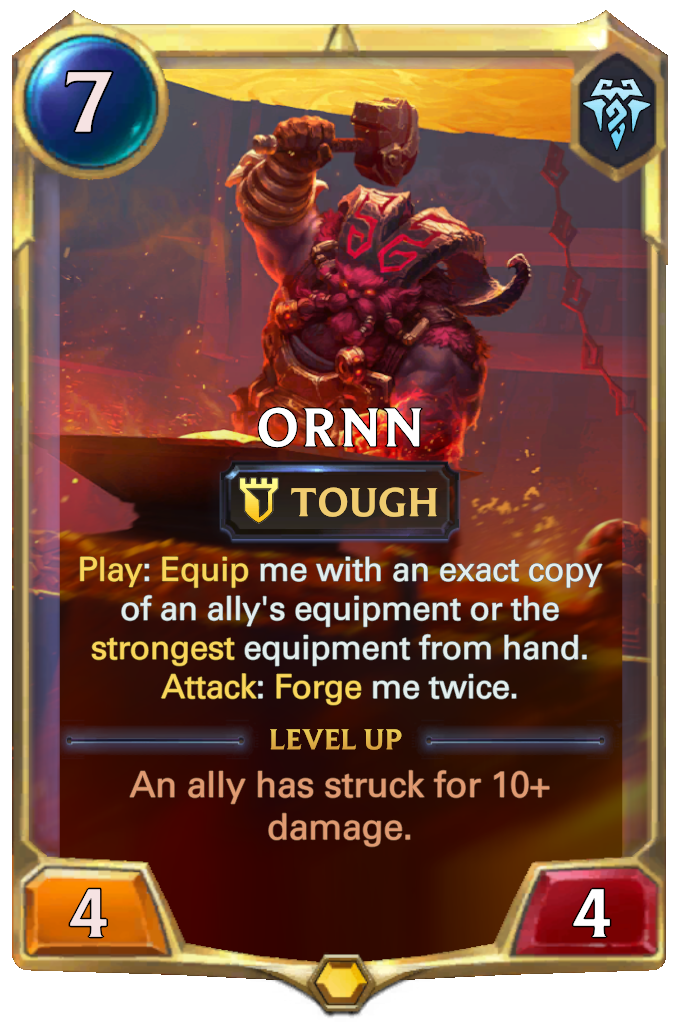 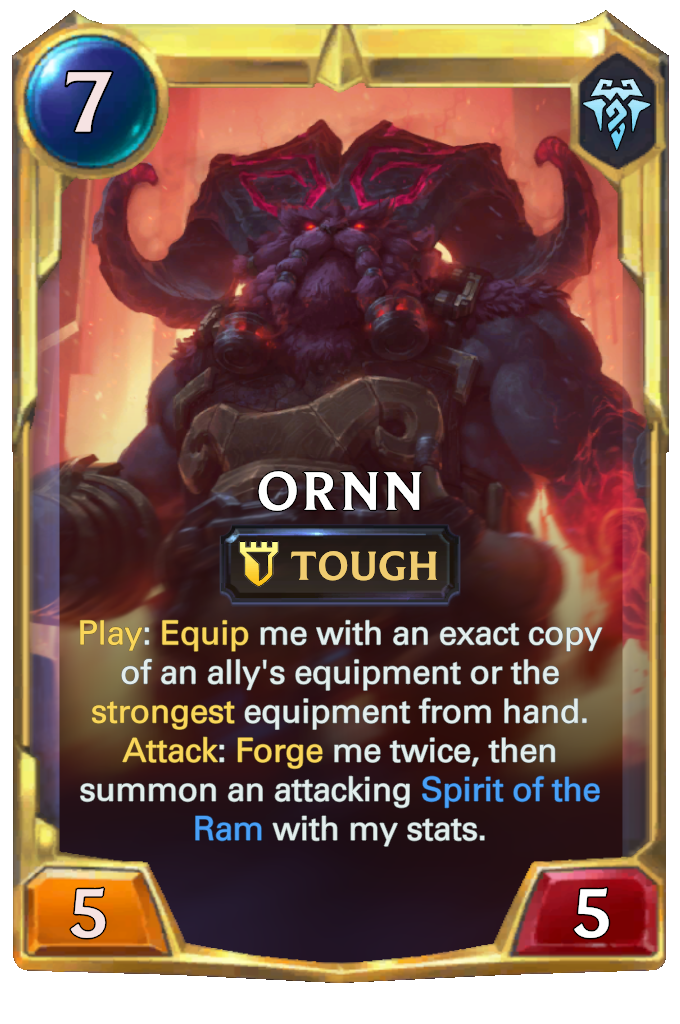 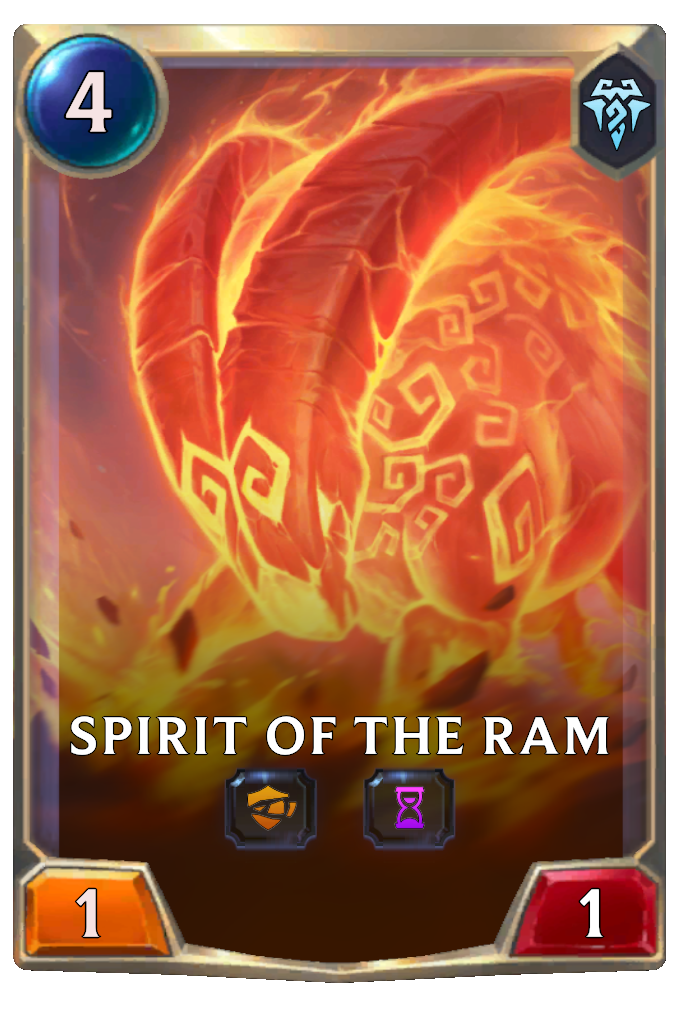 Spirit of the Ram 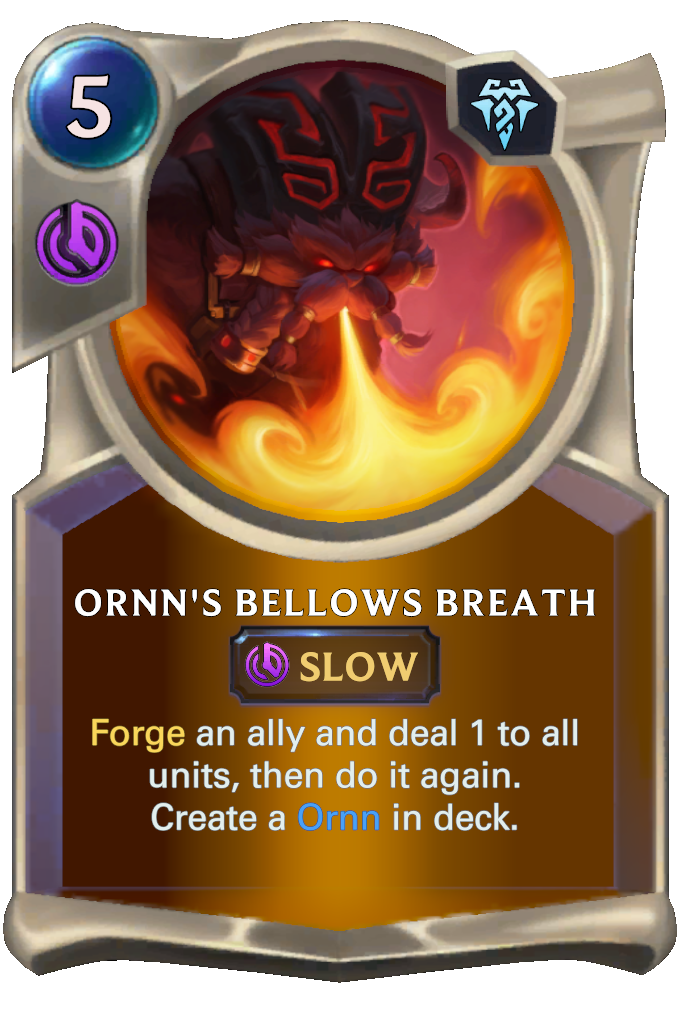 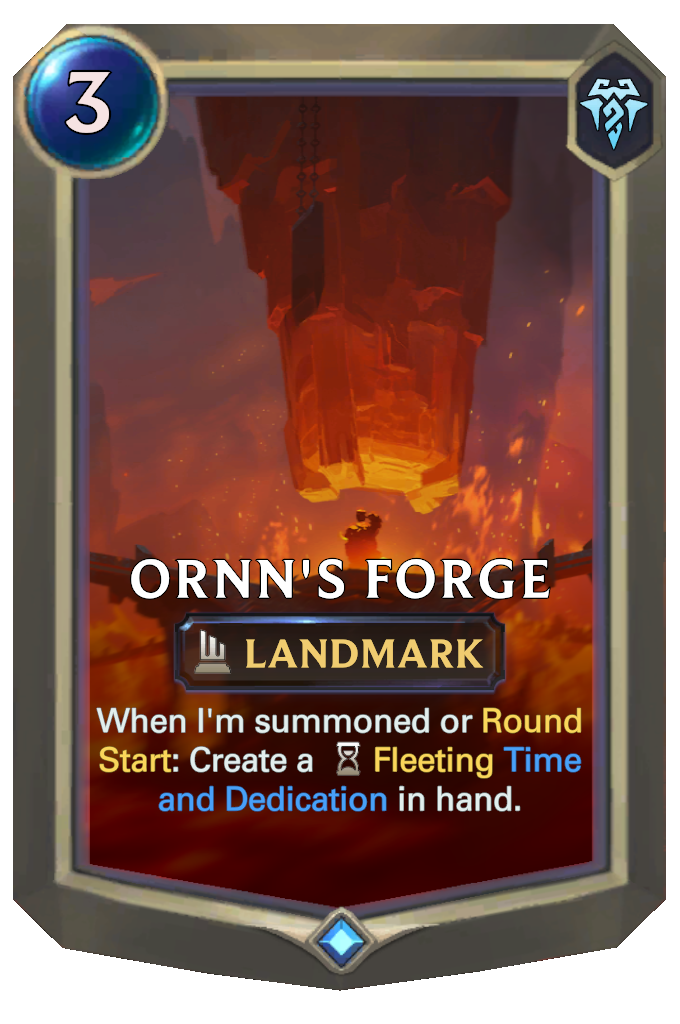 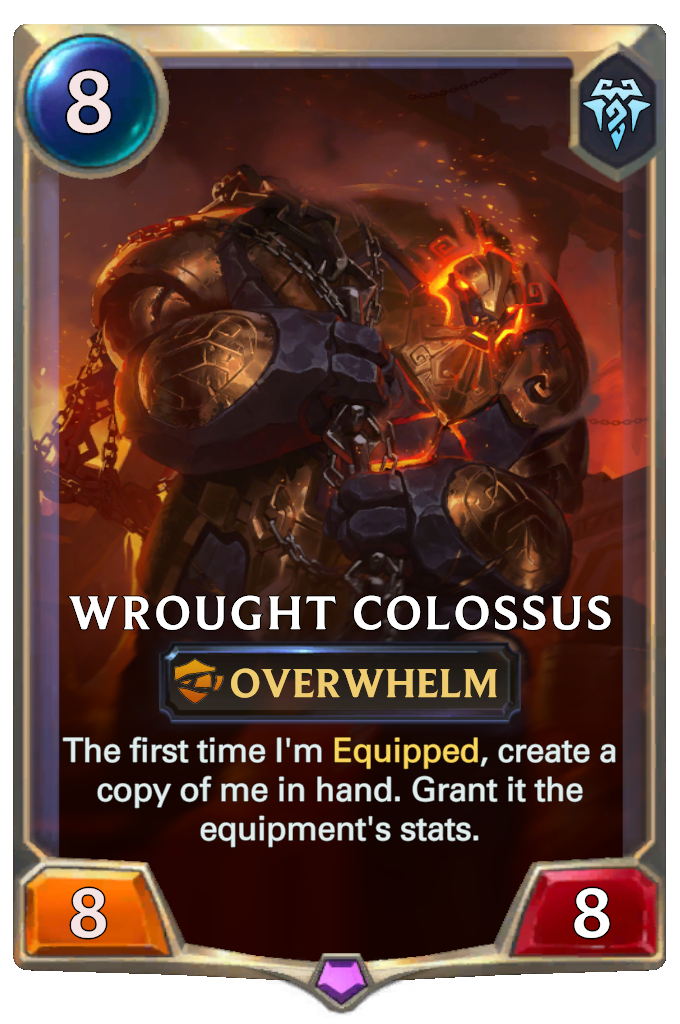 Level one Ornn is a seven-drop 4/4. His stats are small compared to the casting cost because when played, it’s equipped with an exact copy of an ally’s Equipment or the strongest Equipment in hand. Upon attacking, Ornn is granted +2/+2 stats from Forging twice. To level up Ornn, an ally has to strike for 10 or more damage.

Upon leveling up, Ornn becomes a 5/5. He also has the same play effect as his level one form and is Forged twice upon attacking. The difference between Ornn’s level one and two, other than a small stat increase, is that upon attacking, he summons an attacking Spirit of the Ram with his stats.

Ornn’s champion spell in LoR is Bellows Breath. It’s a five-cost Freljord Slow speed spell that will Forge an ally and deal one to all units. Bellows Breath then repeats its ability again. The spell synergizes well with Braum, creating a 3/3 upon receiving damage, and works well in the Scargrounds package as well.

Players can test out Ornn and all the new LoR champions with the release of Awakening on Aug. 31.