Only 8 total heroes went unpicked and unbanned at TI11

What was the reason behind these heroes being untouched?

This year’s TI was a rollercoaster of emotions for everyone involved. We got new champs in Tundra Esports, the previous champs were knocked out in a surprising fashion, and a lot of favorites this year didn’t make it to the end. But all throughout these events, we were treated to some of the most exciting Dota games we’ve seen in years now.

These games included a good mix and match of heroes used in creative drafts. While some of them were standard picks and bans, such as Marci, Primal Beast, and Enigma among others, others included unconventional picks like Arc Warden and Medusa. The hero pool this year was vast, with a whopping 115 of 123 heroes being picked all throughout the tournament.

So what happened to the other eight heroes you ask?

These eight heroes went completely uncontested at this year’s TI. According to pro players, none of these heroes posed enough threat to warrant a ban or provided any utility in team compositions to warrant a pick. While every hero here was once a threat on the main stage of The International, that seems to have changed now.

So what caused the change then? Let’s break it down hero by hero. 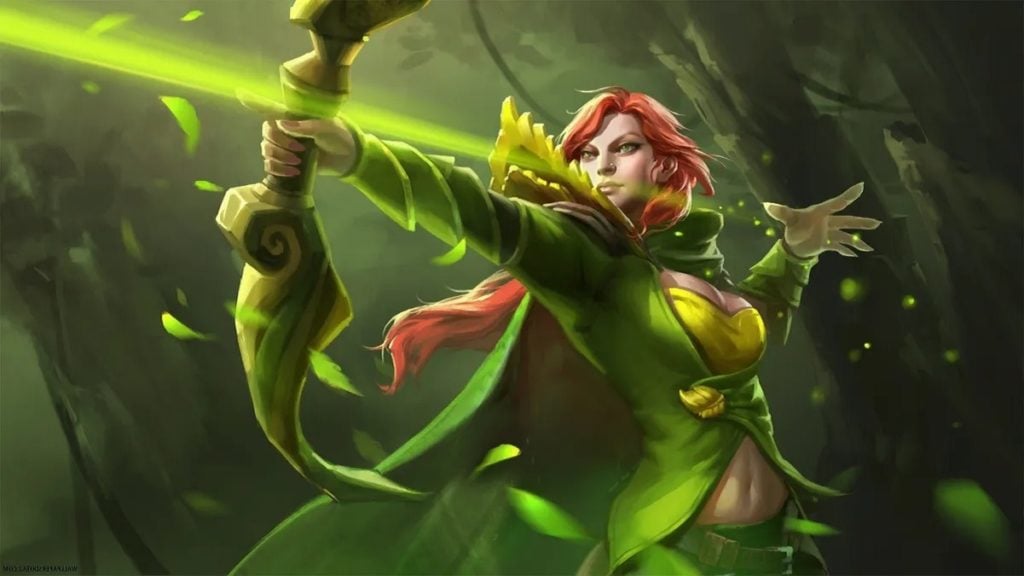 Where do we begin with this one? She used to be the comfort pick for many teams once upon a time, but that doesn’t work anymore. Her entire kit consists of skillshots that have to be used in unison one after another if you want to secure kills. While this works in a pub game, skillshots are often frowned upon in pro games since mistakes are easily punished.

She doesn’t provide enough reliable damage as a core, no reliable disables as a setup/utility hero, and no reliable escape to get out of sticky situations. Her strongest position is as a midlaner and she gets absolutely outclassed by other midlaners in the meta due to her lack of punish. She will need major tweaks to be viable in competitive play again. 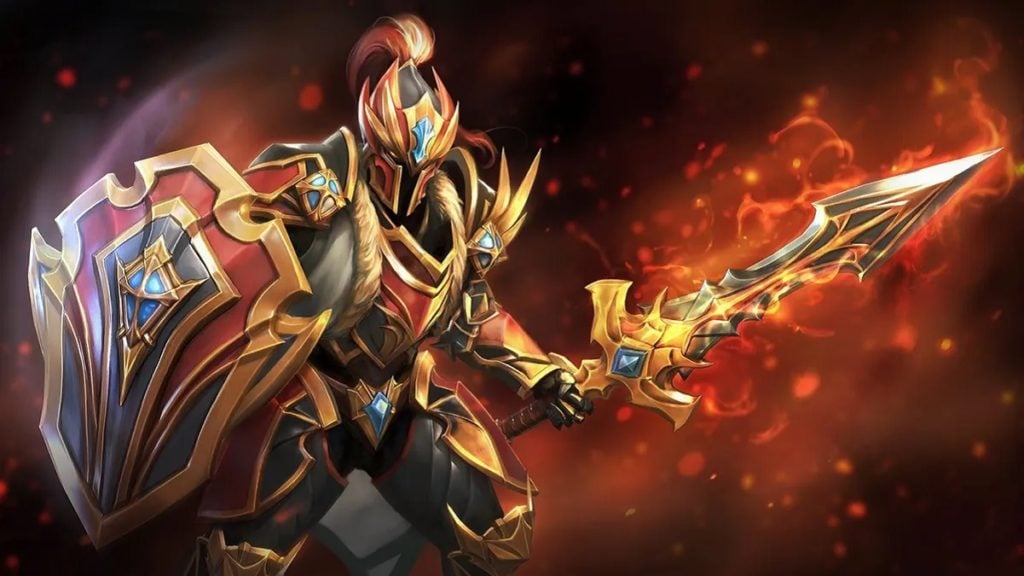 Simply put, there are better heroes in the meta that can do what he does. Dragon Knight is tanky with good regen, he has a decent laning phase and he farms reliably well. The problem is that he does not fit the active lineup of the meta today, with many heroes capable of the same feats, but better.

And then there’s Wraith Pact, the meta item of this patch. Dragon Knight is not the most reliable aura carrier because he doesn’t provide much apart from a single target disable and tankiness. He is extremely cooldown dependent through his Dragon Form in a meta that relies on quick fights and map control. Basically, everything he can do, heroes like Broodmother can do even better. 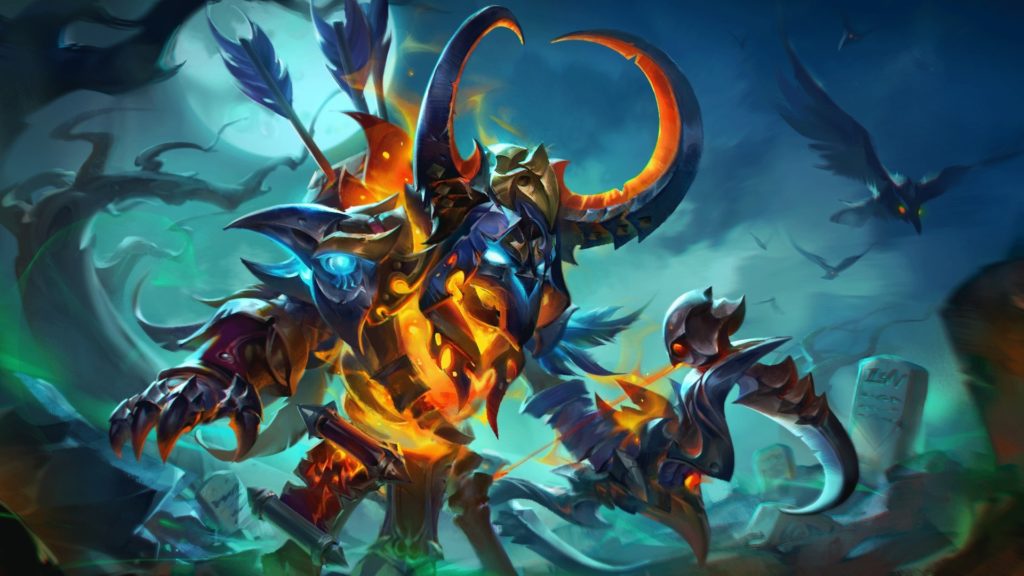 Clinkz perfectly suits the teamfight meta and he has a great win rate of 54 percent right now, so why wasn’t he picked? First of all, these are only his pub stats, where he can build a Gleipnir and pick off support heroes quickly while accelerating his farm with the Chain Lightning. This does not work in the pro scene where his map movement is restricted via multiple sentries, dust, and the occasional Slardar.

With the meta leaning so much into teamfight and aura items, Clinkz loses a lot of his burst damage potential to items like Wraith Pact. Even though Death Pact gives him a good chunk of health and damage, there are meta heroes that can reliably burst him down before he gets a chance to shine. 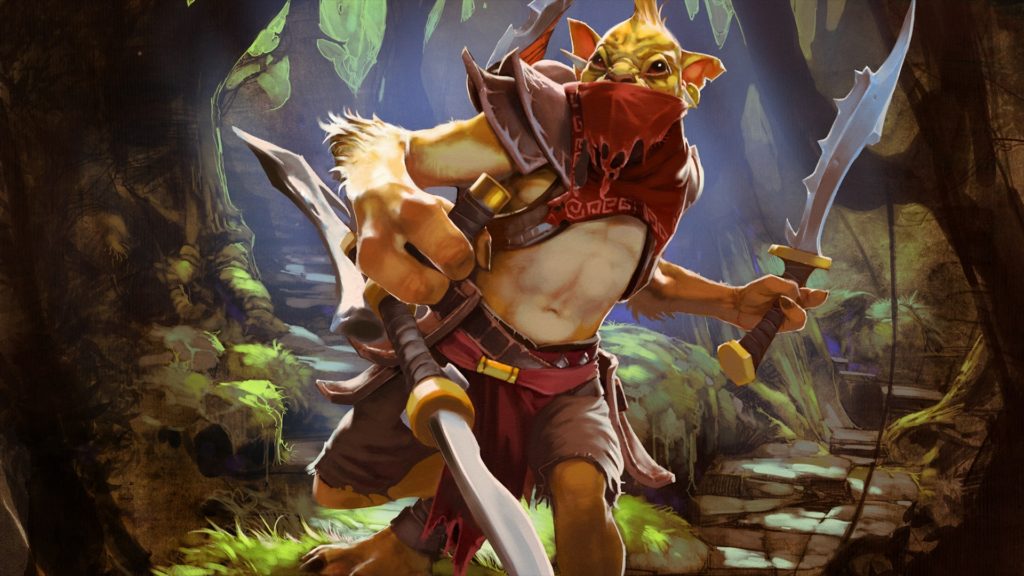 While he once was the most reliable soft support in a teamfight-oriented lineup, Bounty Hunter provides very little in terms of utility now as he once did. In a meta that revolves around burst damage, Bounty Hunter feels very underwhelming. As a support, his only reliable way to gain gold is through Jinada, and is immediately punished by good teams.

His only contribution to teamfights is tracking down enemy heroes, but with so many dispel items like Lotus Orb and Eul’s Scepter being picked up by every team, it matters little. With several teams being even more competent with the vision game now than ever, it seems like Bounty Hunter’s utility is slipping away in the pro scene. 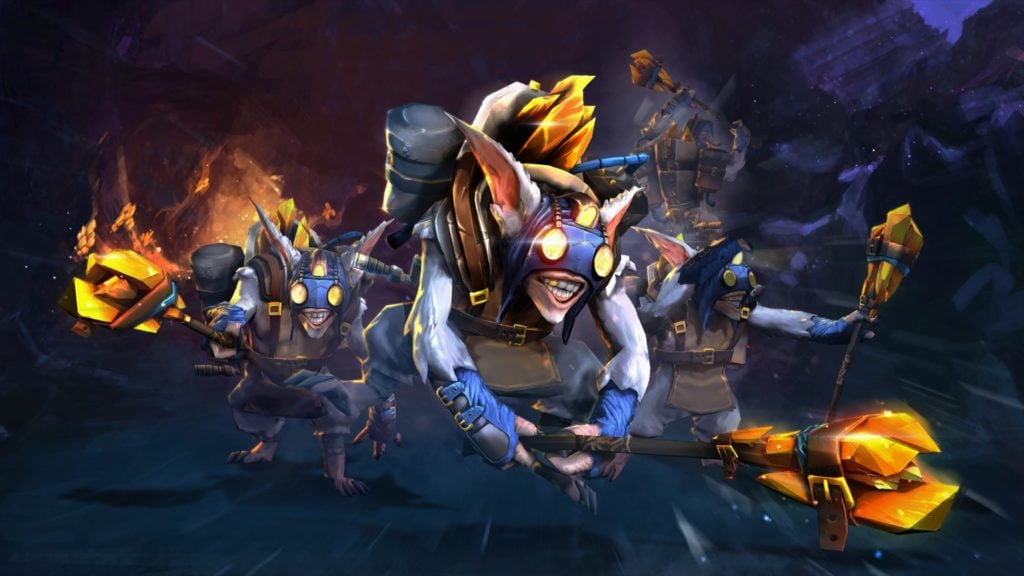 Meepo is in quite a strong position currently, with the buffs to his Dig propelling him to a 53 percent win rate in the pub scene. The pro scene paints a different picture, however. This is mostly due to every Meepo counter-pick hero being in the meta right now. Heroes like Leshrac and Pangolier are seen in almost every game with the occasional Earthshaker thrown in for good measure.

While Meepo is not weak by any means, the prevalence of his counter picks in the meta will mean that he won’t be picked in any capacity going forward. If teams do manage to slot him in an ideal lineup, he does excellent against Broodmother and the four Spirit heroes by shutting down their mobility and bursting them down. 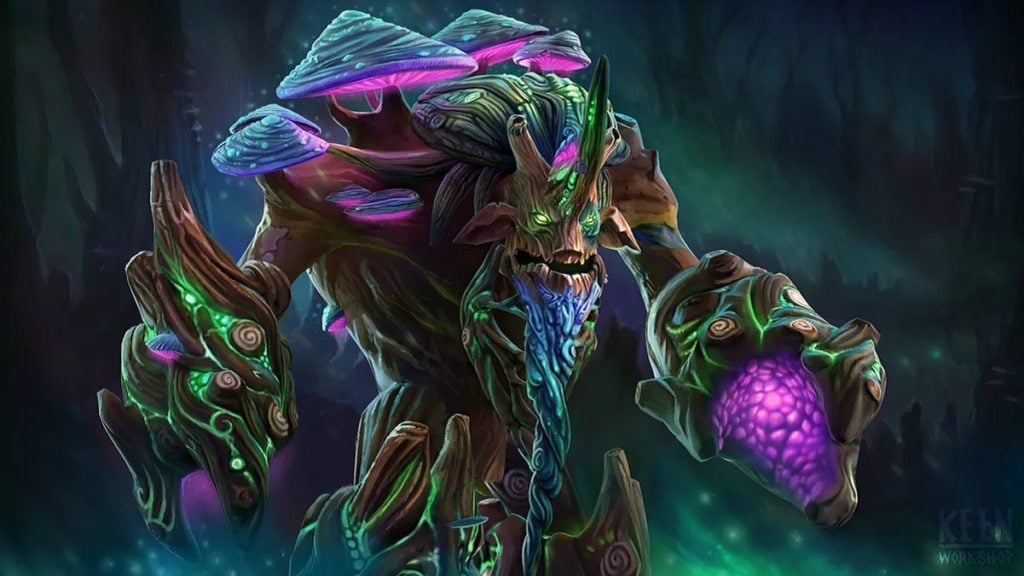 Treant’s kit has a couple of slows with damage over time, a damage block with a heal, and a reliable AoE root. So why isn’t he picked more often? First of all, he is quite slow in the laning phase in a fast-paced meta. He hits hard and has high HP, but the lack of armor makes him quite squishy. His escape into the trees is quite unreliable due to picks like Beastmaster, Timbersaw, and Slark.

The one thing he excelled at in the pro scene was the defense game. He would use Living Armor on towers to heal them up before the next push, but since that was severely nerfed, that utility fell off as well. His slow and heal are quite underwhelming when compared to heroes like Omniknight and his ultimate can be dispelled by just about any basic dispel, making him an overall bad choice.

Keeper of the Light 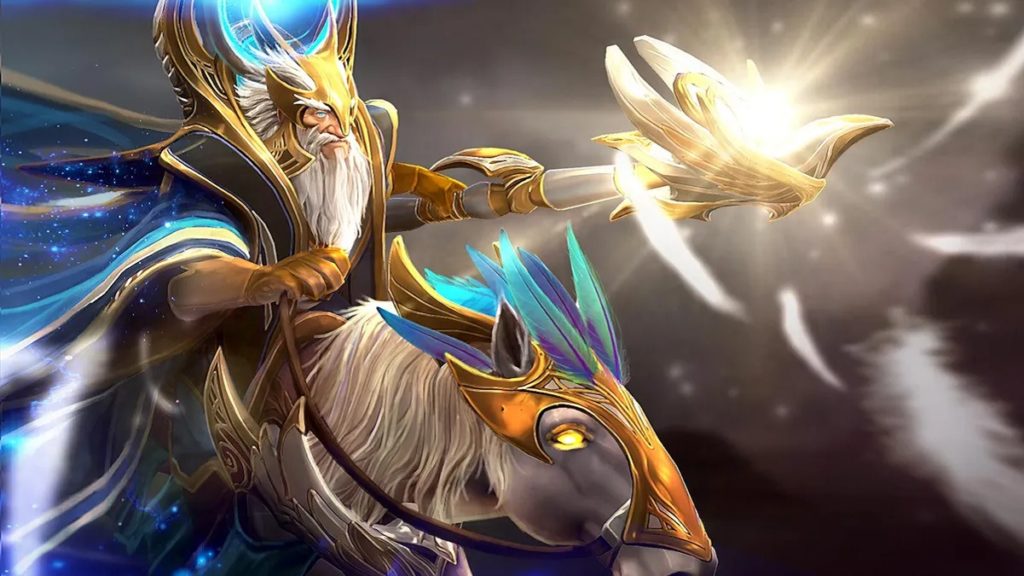 He used to be the mid-lane king just a couple of patches ago. But with the nerfs to his Illuminate and a rework to Null Talismans, his one niche was ruined as well. Now he sits in the position of a mediocre support hero with a decent laning stage and mana-providing capabilities. But once the laning stage ends, he provides little in terms of utility in teamfights.

What he does excel at is pushing out lanes. That is something every core hero in the meta can currently do and enjoys doing. With cores farming jungles and lanes simultaneously, there is simply no space for KotL to scale. The two disables he has, Solar Bind and Will-O-Wisp, don’t provide a reliable way of catching opponents and can be easily dealt with using a Lotus Orb and Force Staff. 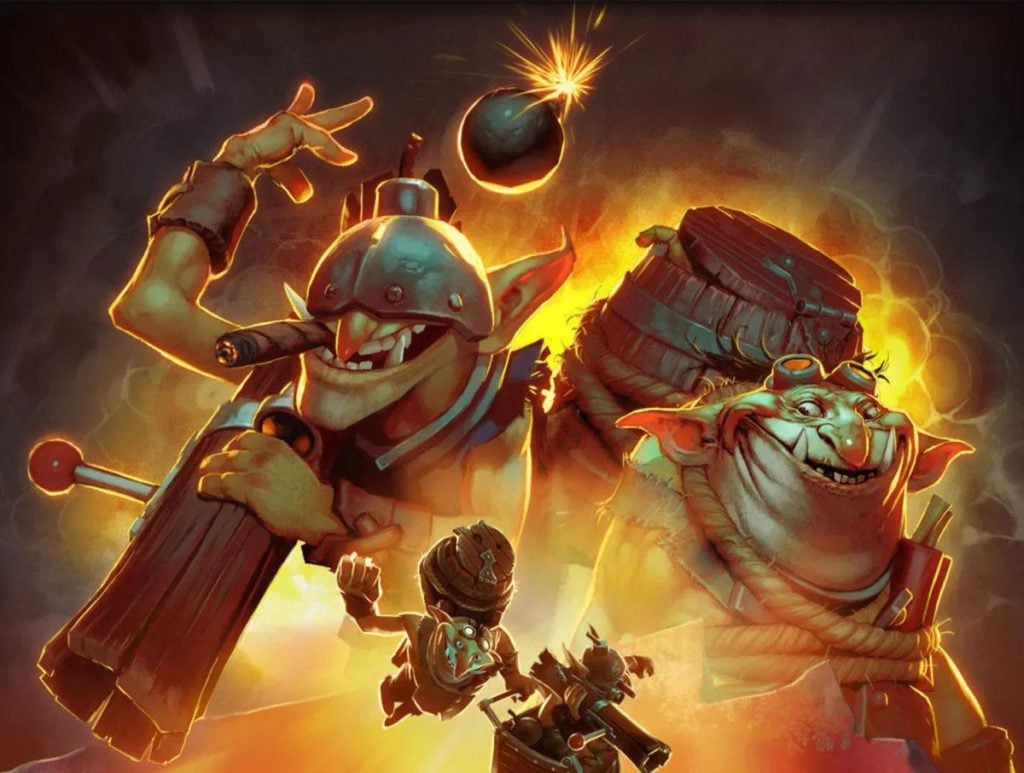 Techies was once the most reviled hero in the history of Dota 2. With the remakes he got a couple of patches ago, many saw him as a reliable position four or even midlaner. His burst damage combo combined with an Ethereal Blade is capable of taking out even the tankiest target. His silence is the longest in the game and he has a reliable disarm to stop enemies from attacking.

So what’s the catch? His entire kit is destroyed by Black King Bar. With pro players opting to go for faster BKB timings, Techies’ entire initiation and burst damage are nullified. His support killing potential is also ruined with simple Glimmer Capes and Eul’s Scepters. Simply put, the amount of time and farm that Techies needs to be relevant in pro games is just not worth it.

Latest comments
No comments yet
Why not be the first to comment?
Featured news
Dota 217 hours ago