Theres no getting away from the simplicity of mouse pads. Some are fast, some slow, and others are a mix of both. A mouse pads surface dictates speed and control. The harder the surface, the faster the glide. Likewise, soft pads provide players with greater control over their mice, while hybrid mouse pads seek a balance of both worlds and largely deliver on that effort.

Razers newest mouse pad, the Strider, fulfills the hybrid promisebut that doesnt mean its for everyone. 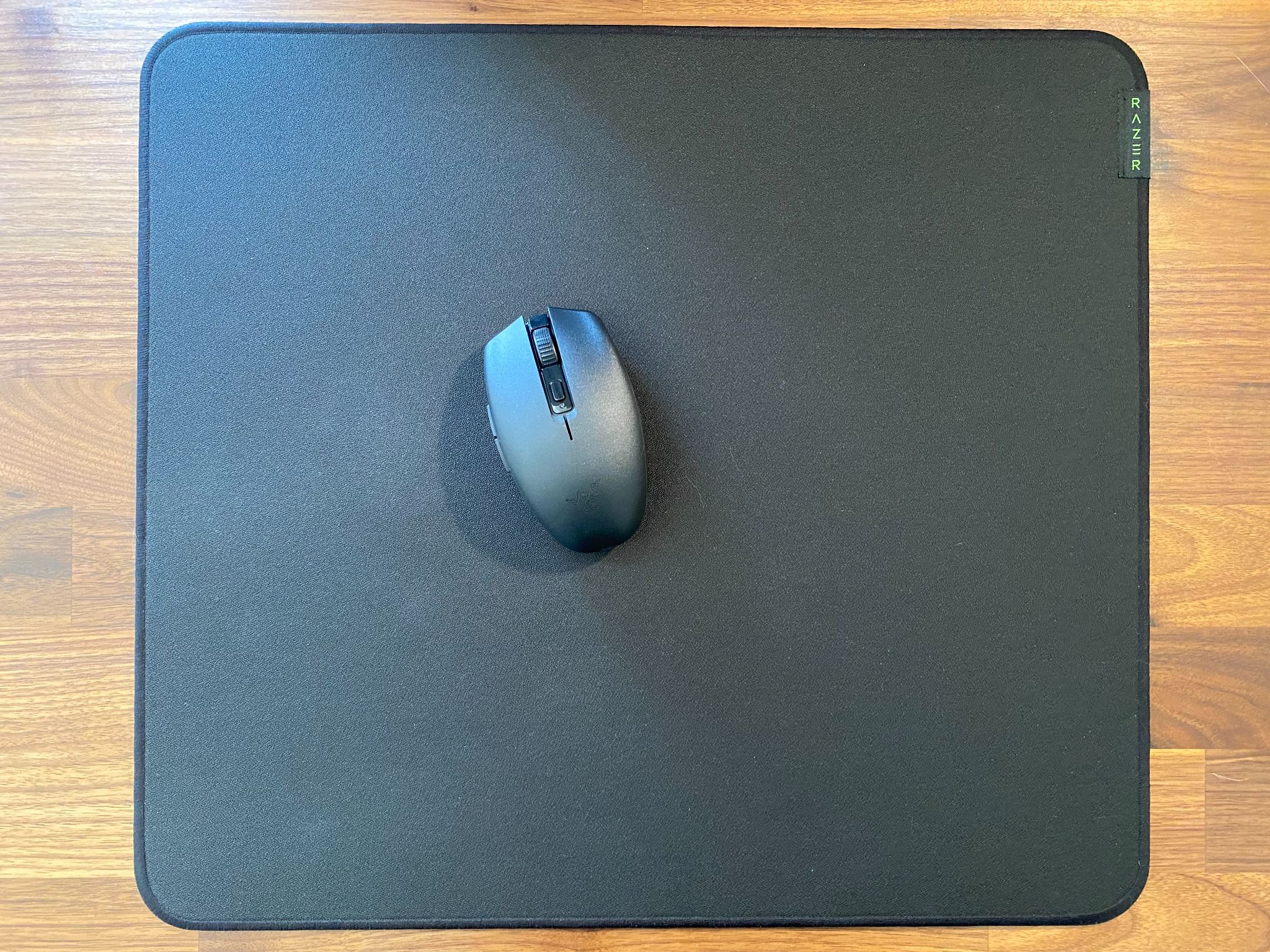 The Strider doesnt make much of an impression out of the box. If youre into skating or have been in the past, you might see some similarities between grip tape and the Striders surface. In the upper right-hand corner is a vertically oriented Razer tag that serves as the only visual flair.

Along with a semi-standard look comes semi-standard stitched edges. Theres a bit more to the stitching than meets the eye, though. The Striders stitching is softer than most and raises some small concerns about durability. There havent been any snags during testing. On top of being soft, the stitching is nearly flush with the pad and never comes into mind while gaming.

There are two versions of the Strider. Razer offers a large and XXL version of its new hybrid pad. The large measures 17.7 inches long by 15.7 inches wide, while the XXL measures 37 inches long by 16.15 inches wide. Of the two sizes, the large proved more practical, even on a desk measuring 74 inches across and 25.75 inches deep. Buyers should measure their space and account for monitor stands before purchasing. 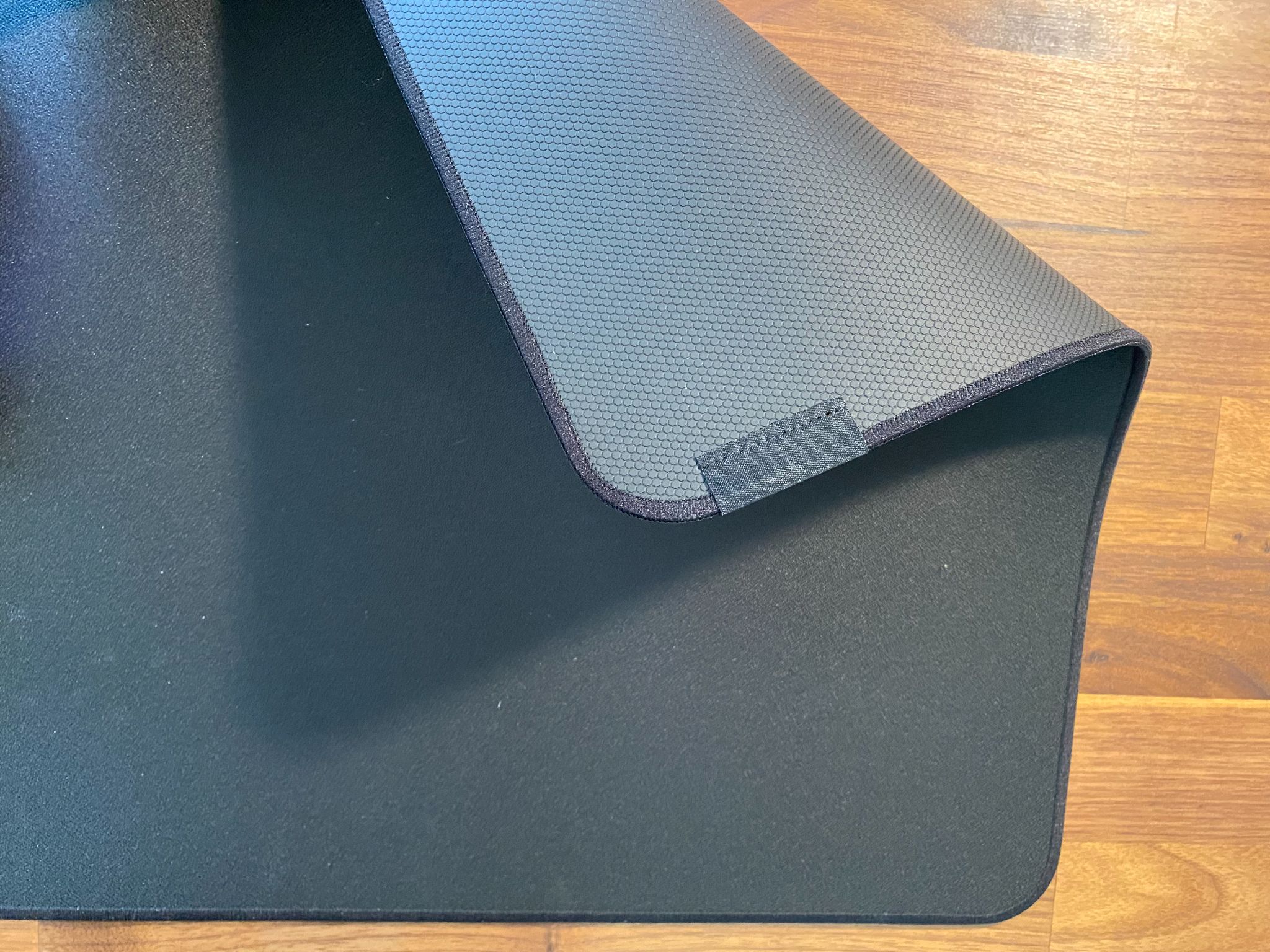 An understated but crucial aspect of the Strider mouse pad is its durability in and out of the game. While the stitching raises slight concerns, the surface is water-resistant, warp-resistant, and has a rubberized base that isnt going anywhere.

Having a water-resistant mouse pad can come in handy for players that eat or drink at their desk. Spilling a bit here and there is never cause for alarm but having an extra water-resistant coating brings more peace of mind. A few drops of water held their place until wiped away 30 seconds later. Aside from being water-resistant, the Strider is warp-resistant.

While many players never have to worry about their mouse pad losing shape or retaining bends, some players are more mobile and need a mouse pad that keeps up without succumbing to a beating. Being a hybrid mouse pad, the Strider is stiffer than soft pads. Its still pliable and rollable, but there is more rigidity to the mouse pad. Even after folding the Strider into a triangle, it bounced right back to shape without a lasting line or mark on it.

Nearly every mouse pad on the market has a rubberized base, but not all are created equal. Most mouse pads with a rubberized bottom fulfill their purpose of helping the pad stay in place. Some dont do their jobs as well as others, though. The Striders rubberized base holds fast in every scenario, from office work to high-stakes multiplayer to narrative-driven romps. This mouse pad really doesnt want to budge.

Compromise is the name of the game 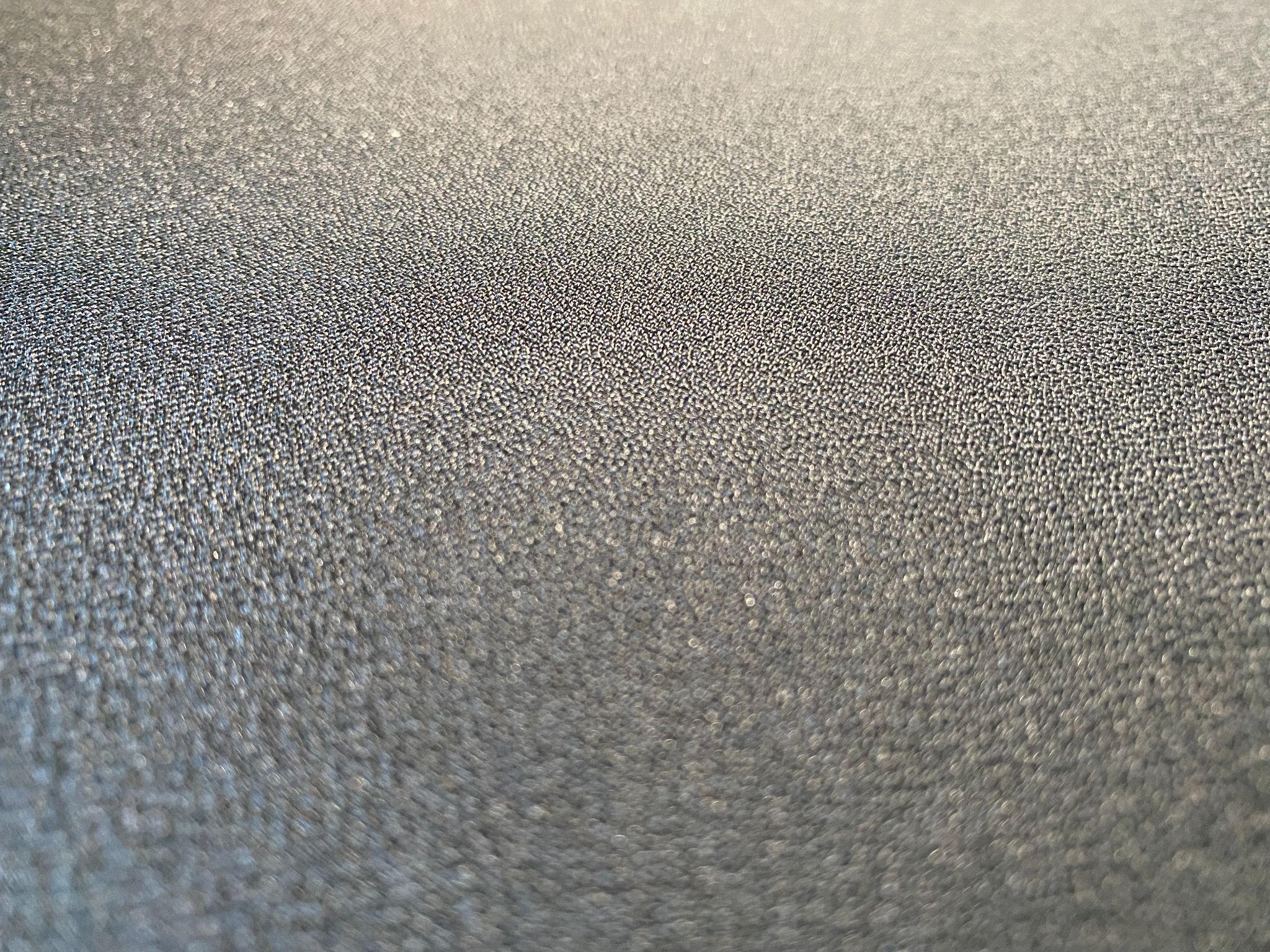 Hybrid pads are considerably faster than soft pads, and the Strider follows the trend. Razers proprietary woven surface provides ample speed while allowing the player a fair amount of control. Despite offering a balance, this surface can and will be a jarring change for players coming from a soft pad like the SteelSeries QcK.

Razer claims to have optimized the Striders woven surface to provide consistent glide across the pad, and that claim feels accurate. Despite the highly textured surface, the Strider is consistent across genres. Players will find that true for most quality mouse pads, but the Strider feels particularly stable for being so fast. While it isnt anything to throw your money at, it is something to note for those worried about finding consistency with an unfamiliar pad type.

Consistency is a must, but control is where the Strider will be divisive. Being a hybrid pad, the Strider doesn’t belong to one world or another. Its a successful compromise in the truest sense of the word. Many users may not get everything they want or need. Instead, players who have never tried a hybrid pad will be sacrificing half of what drew them to their original mouse pad, whether it is a hard pad or a soft pad.

Coming from a QcK will be a notable step away from having complete control, whereas coming from a hard surface like the Glorious Air will see a downgrade in speed. But compromises in either department are offset by a finely struck hybrid balance over time. Whichever mouse pad youre coming from, there will likely be an adjustment period

Is this for you? 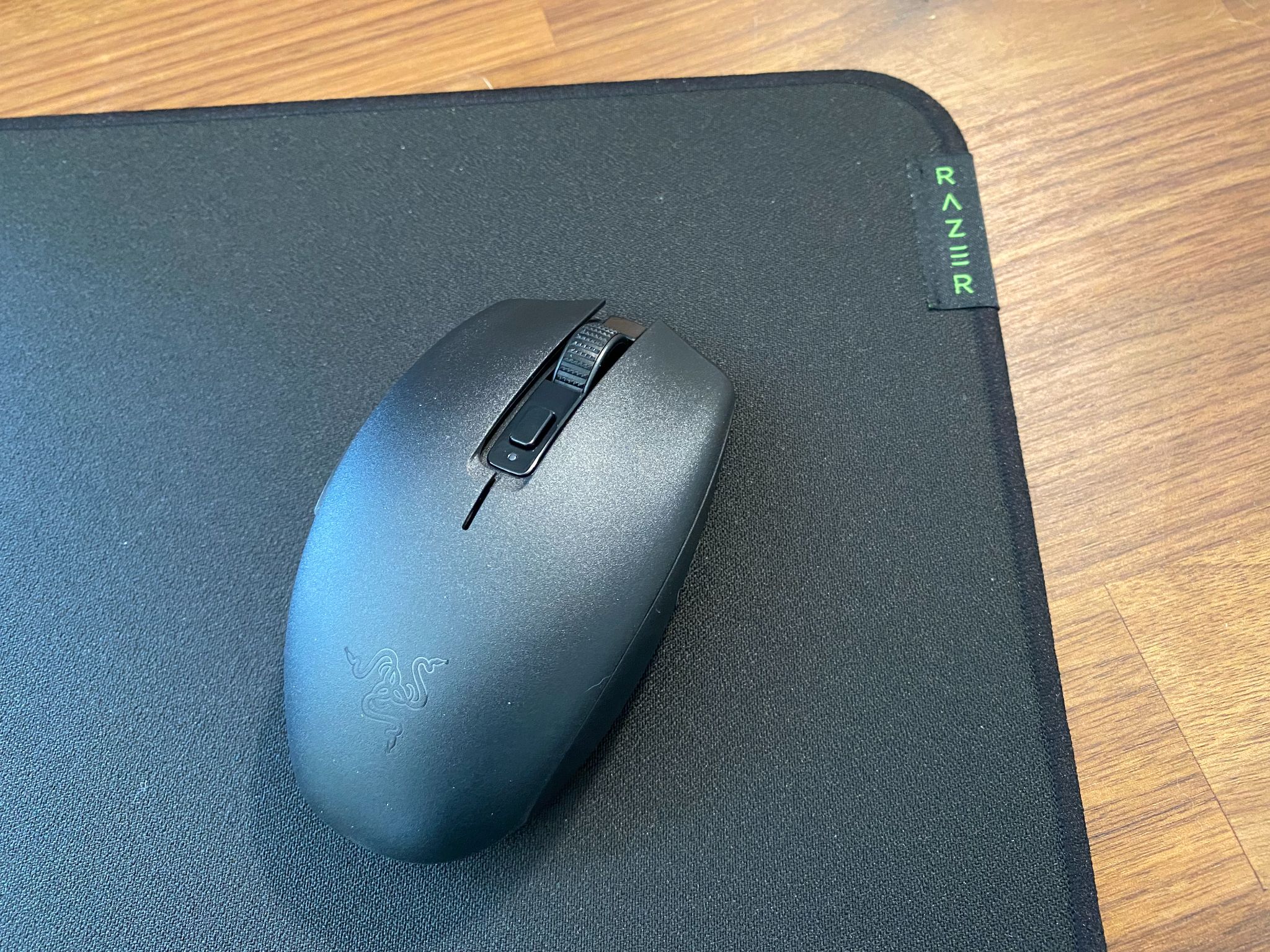 Razers Strider mouse pad is a worthwhile investment for anyone interested in trying out a hybrid pad. This mouse pad provides players additional speed for flick shots without dragging down the experience of any other genres. Likewise, it provides more control for hard pad users to assist in tracking. The inherent compromise is something every player needs to address on their own terms.

Latest comments
No comments yet
Why not be the first to comment?
Featured news
Hardware11 hours ago