Not every big name will make the scene in Brazil.

On the eve of IEM Rio Major 2022, fans from all around the globe are impatiently waiting for the tournament to begin.

The greatest teams in the world will compete in Brazil for the most important trophy in the CS:GO esports scenea Major trophy. Looking at the performances throughout the qualifying tournaments, its more than certain the event will offer a great deal of fantastic action in the upcoming two weeks of competition.

Still, in sports, it’s nearly impossible to have a tournament without upsets, and several underdog teams have risen to the occasion in qualifying events already. A few historic teams and players have failed to make the cut for the Rio Major and will be forced to follow the action at home.

While these players failure to advance to the IEM CS:GO Rio Major 2022 is mostly a result of their opponents outclassing them in direct matches, it’s worth underlining which big names will be missing the biggest tournament in the second half of the year.

Here are all the notable players missing the IEM CS:GO Rio Major 2022.

G2 Esports has always made deep runs in CS:GO events, cementing itself as a pivotal part of the esports ecosystem. Since entering the scene in 2015, the org has always qualified for the Majoruntil now.

The European superteam failed to advance to the Brazilian Major after their surprising losses in Europe RMR A, where they were defeated by Cloud9, 1WIN, and GamerLegion. Still, its shocking to see the veterans and upcoming superstars like Nikola NiKo Kovač, Ilya m0nesy Osipov, or Nemanja “huNter-” Kovač missing the Major shortly after gathering a lineup expected to be title-contender in the pivotal tournaments like the Major. 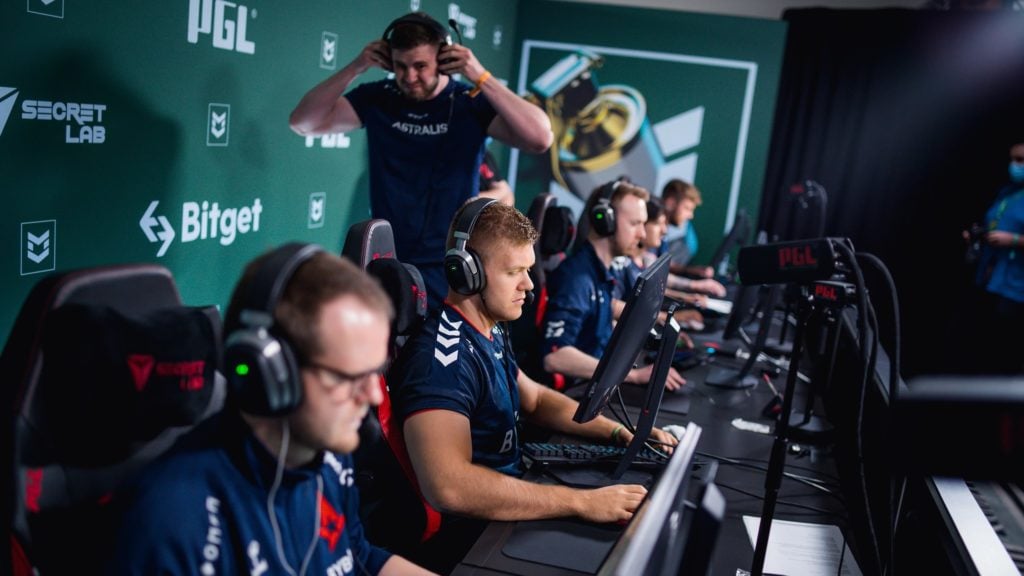 In 2018 and 2019, Astralis were a dominating force in CS:GO, winning three Majors in a row. Despite many roster changes since then, they were still expected to compete at Rio since todays lineup has all the firepower to challenge the best in the scene. Similarly to G2, though, they went 1-3 in Europe RMR A and failed to qualify for the first Major in the orgs history.

The blame could be put on many aspects of Astralis gameplay and events in the meantime, like Kristian k0nfig Wienecke missing the RMR after obtaining an injury in a fisfight, which prevented them from showing up with their full roster for the RMR. Nevertheless, with multi-major winnerslike Andreas Xyp9x Højsleth, Lukas gla1ve Rossander, and one of the best Danish players in recent yearsBenjamin blameF Bremer not making the Major cut, you cant help but feel sorry that we wont see them playing in front of passionate Brazilian crowd.

Shox has participated in every CS:GO Major since the first, DreamHack Winter 2014, up until the most recent one, PGL Antwerp CS:GO Major. The Frenchman ended up in HLTVs top 20 rankings of the year from 2013 to 2016 and cemented himself as one of the best French players in history. Still, hes going to miss his first Major with Rio Major, after failing to qualify with his new international squad competing under Apeks banner. The team even failed to qualify for the European RMRs after falling short in the open qualifiers. One thing is for sure: with shox missing the action in Brazil, a certain era in Counter-Strike has come to an end.

Out of 20 players who performed in front of Belgian audience during the semifinals of the PGL Antwerp CS:GO Major 2022, only one is going to miss the Brazilian tournament. In August, ENCE released Polish sniper hades, who traded him for Alvaro SunPayus Garcia. And while the latter definitely seems like an upgrade for the international roster, you cant deny the impact hades had in some of ENCEs games during his tenure with the team. Going from playing in Major semifinals to not qualifying for the following one is always underwhelming. 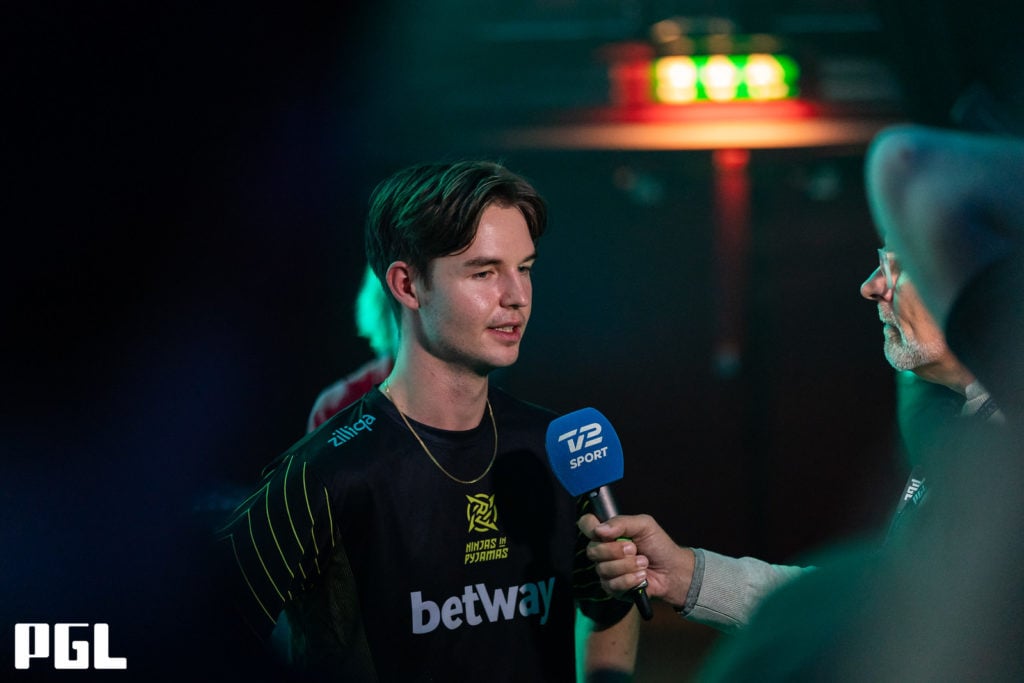 The Danish GOAT, Astralis stand-out individual during their four Major championships runs, will miss his second Valve-sponsored event in a row. Device gathered 19 HLTVs MVP trophies in his career, the second-highest score after Oleksandr s1mple Kostyliev. The Dane took a break from competitive gaming in December 2021 due to mental health issues and hasnt given any updates ever since. He recently was announced to be coming back to Astralis, but still, its underwhelming that we wont be able to see him compete on the biggest stage at Rio Major.

When you think of the Turkish CS:GO scene, XANTARES instantly comes to mind. The 27-year-old has been the leading force behind his teams successes, like Eternal Fires Antwerp appearance or BIGs rise in ranks in 2020. The 27-year-old had HLTVs 2.0 rating higher than 1.05 in 11 out of his 13 past tournaments with Eternal Fire, proving his individual prowess in the game. Playing in front of the Brazilian audience is fitting and expected from a player of XANTARES caliber, but it wasnt meant to be this time around, as Eternal Fire went 1-3 in Europe RMR A. 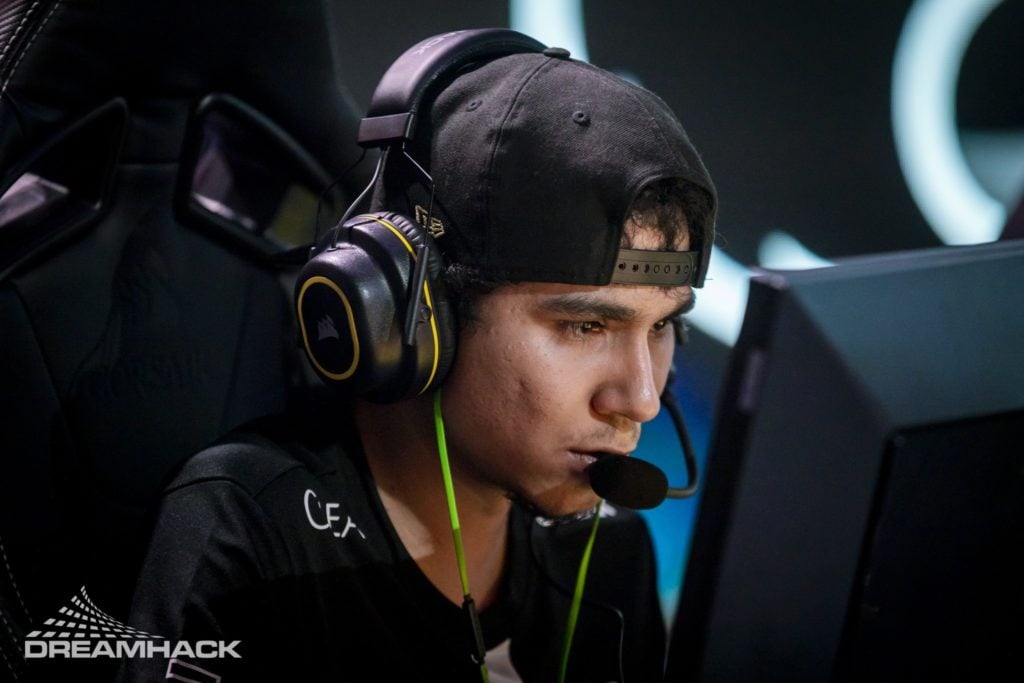 The IEM Rio Major will be the first to take place on Brazilian turf. With its high skill ceiling and the energy a Brazilian crowd always brings, this Major is expected to go down in history as one of the most exciting events of its kind. While the home crowd will definitely cheer for their representatives, they wont be able to support one of the most renowned Brazilian professionals, HEN1.

For 10 years, the 27-year-old represented numerous home organizations and claimed some important trophies, like ESL Pro League Season 12: North America. His veteran experience wasnt enough to take MIBR through the finish line at Americas RMR since the team bombed out with a 1-3 result and will be missing the once-in-a-lifetime opportunity to compete at the Brazilian Major.

Qikert rounds out the list of notable players missing the IEM Rio Major. The 23-year-old took part in all three previous Valve-sponsored tournaments under three different banners, yet with the same lineup. In the Challengers Stage of PGL Antwerp CS:GO Major, he was Outsiders second-best player, according to HLTV. Unfortunately for him, Qikert has been sitting on Outsiders/Virtus Pros bench since May 23, and its not looking like hell find a new home or have a chance of qualifying for the Major-like tournaments in the future.

Latest comments
No comments yet
Why not be the first to comment?
Featured news
Counter-Strike18 hours ago

S1mple lists CS:GO maps he’d add and remove from pro pool if he was CEO of Valve