‘Next-level entertainment’: BLAST Premier will broadcast more CS:GO than ever in 2023

Take a peek at what BLAST Premier has planned for competitive Counter-Strike this year.

BLAST has also changed the format for both the Spring and Fall Groups, in comparison to what was done in 2022. This year, all the matches in these two tournaments will exclusively feature best-of-threes, which will allow the fans to watch more CS:GO than ever in BLAST tournaments. The tournament organizer is aiming to broadcast 345 hours of Counter-Strike across the seven events of 2023. 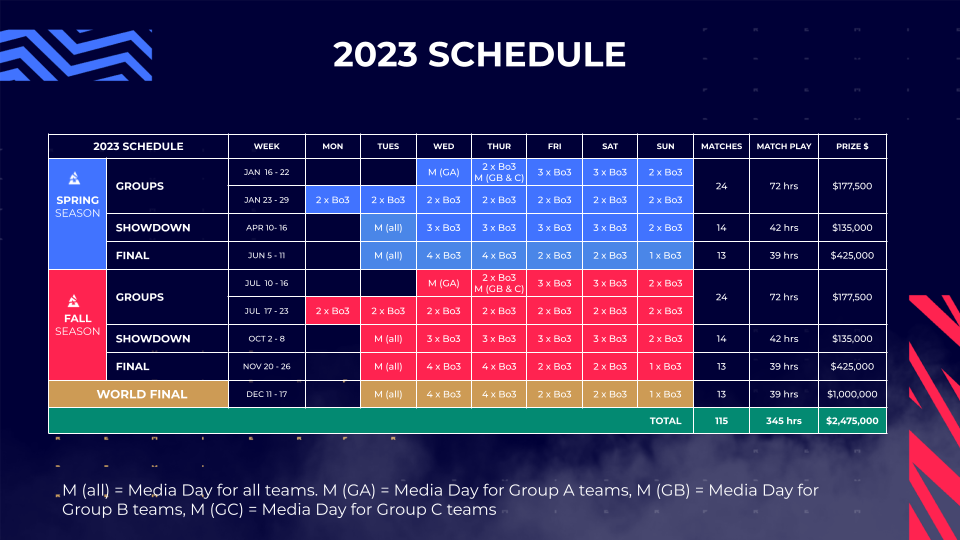 On top of BLAST Premier Spring and Fall Groups, which feature only the partnered teams (Astralis, BIG, Complexity, Evil Geniuses, FaZe Clan, G2, Heroic, Liquid, Natus Vincere, Ninjas in Pyjamas, OG, and Vitality), the tournament organizer will run once again the Showdown event for both the Spring and Fall editions. 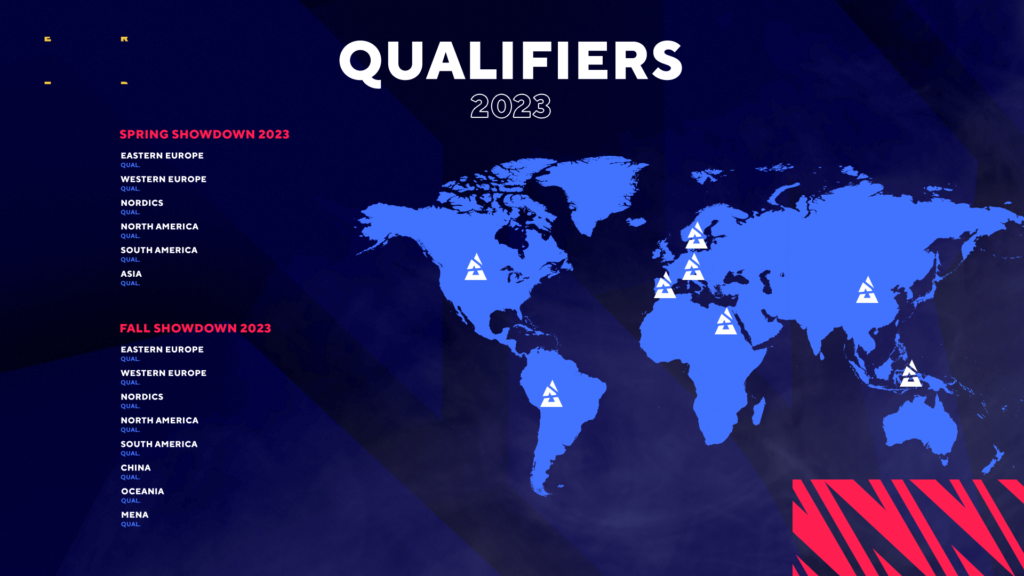 The World Final event has the biggest prize pool ($1 million) and will feature the winners of BLAST Premier Spring Final, BLAST.tv Paris Major, BLAST Premier Fall Final, Valve’s Fall CS:GO Major, ESL Pro League season 17, and ESL Pro League season 18, in addition to two teams from the BLAST leaderboard. If a team win more than one of these events, BLAST will add one more spot via the leaderboard.

“Were excited for what the BLAST Premier 2023 season has in store in its fourth year,” BLAST Premier’s managing director Charlotte Kenny said in a press release. “2023 will be the second year running where we have all of our finals in packed-out arenas in leading locations around the world. Were excited to deliver another 12 months of next-level entertainment and follow up on the success of last years arena events in Lisbon, Copenhagen, and Abu Dhabi.” 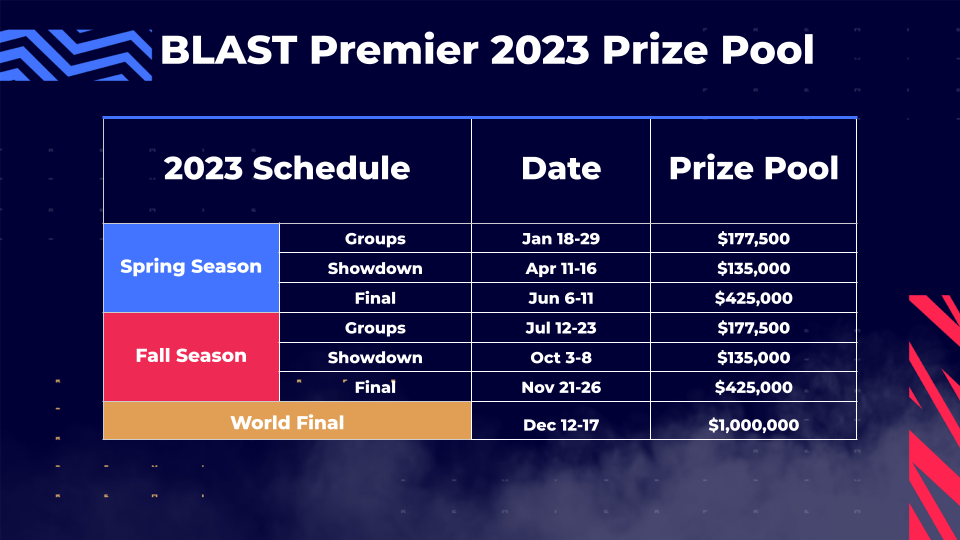 In addition to the Premier events, BLAST will also host its first CS:GO Major ever in May 2023. The BLAST.tv Paris Major will be the first Valve-sponsored event of the year and will feature a total of 24 teams from all over the world fighting for their share of the $1,250 million prize pool.

Latest comments
No comments yet
Why not be the first to comment?
Featured news
Counter-Strike17 hours ago