Destroyer Phoenix Enforcer is finally here, along with the Fusion Festival and other new content.

Konami has released Yu-Gi-Oh! Master Duels next major update, adding multiple new packs, Solo Mode content, products to the store, and details about the next Event Duel, the Fusion Festival.

Outside of the actual new cards and products, Konami has also pushed two new Gem-related pieces of content live to celebrate Master Duels three-month anniversary. This includes 1,000 free Gems for all players who log into the game three times within the next 30 or so days.

Most players will likely use those free Gems on the two new Selection Packs that are now available in the shopRefined Blade and Fusion Potential. These contain either new cards being added to the Master Duel for the first time or provide easier access to popular fusion-themed strategies respectively. Here is what you can expect in each: 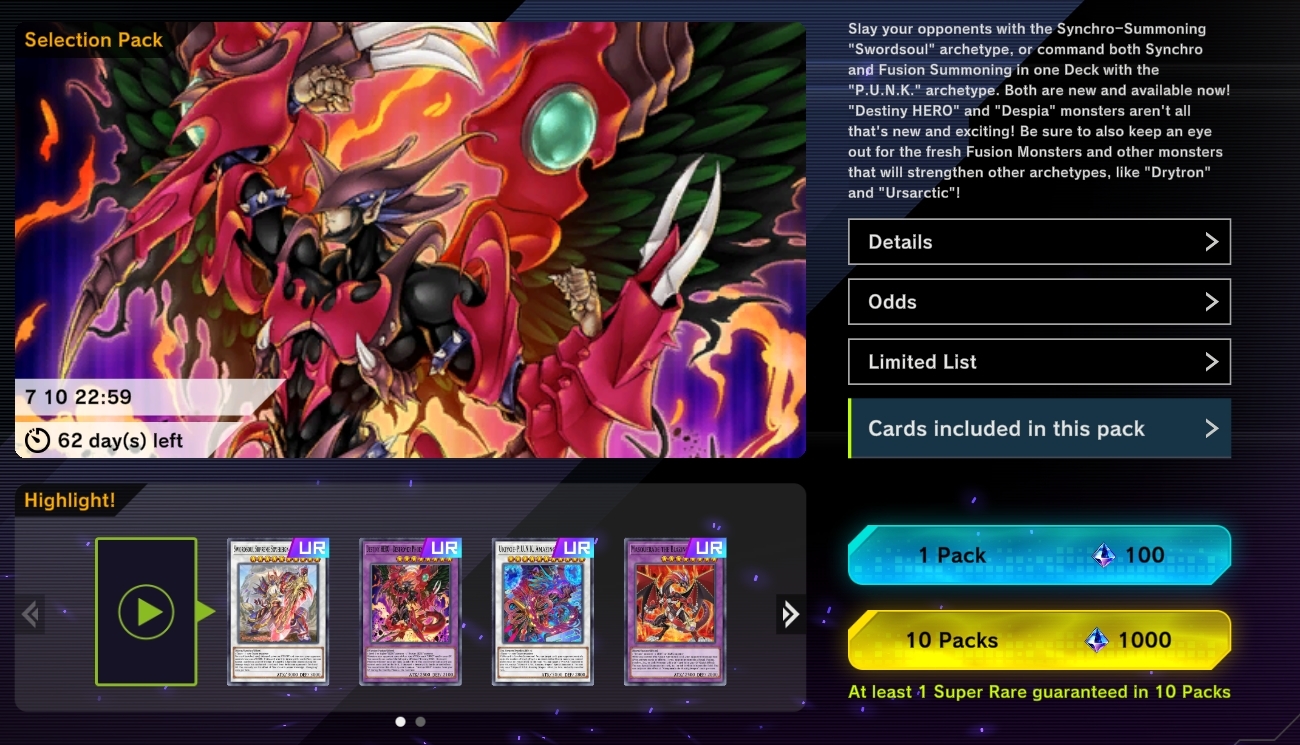 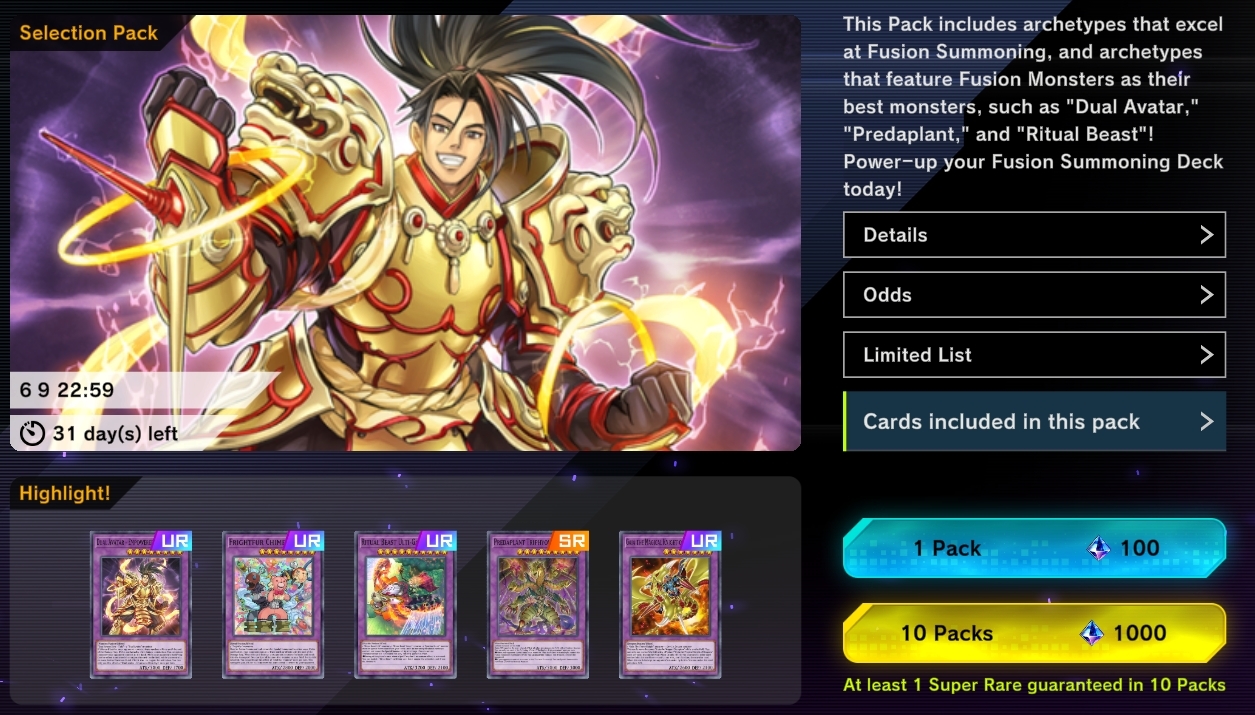 Those packs arent the only new cards either, as the Cybernetic Successor Structure Deck is also available, adding in new support for Cyber Dragon and Cyberdark archetypes, including Cyberdark End Dragon. This will be available for 500 Gems per copy in the shop for the foreseeable future.

Several new accessories were also added to the shop, such as the Realm of Danger Duel Field and Profile Icons for Fallen of Albaz and Thunder Dragon Colossus.

The next Event Duel was confirmed to be the Fusion Festival, which will run from May 12 to 23 and force players to build or use decks that only utilize Fusion Monsters in their Extra Deck. It will feature similar rewards to previous events, including a limited Instand Fusion Mate, 2,300 Gems, and other rewards themed around Fusion.

If players just want to duel without building a special deck for the event, they can use one of three Loaner Decks provided for the Fusion Festival, this time themed around Destiny HERO, Fluffal, and Predaplant. 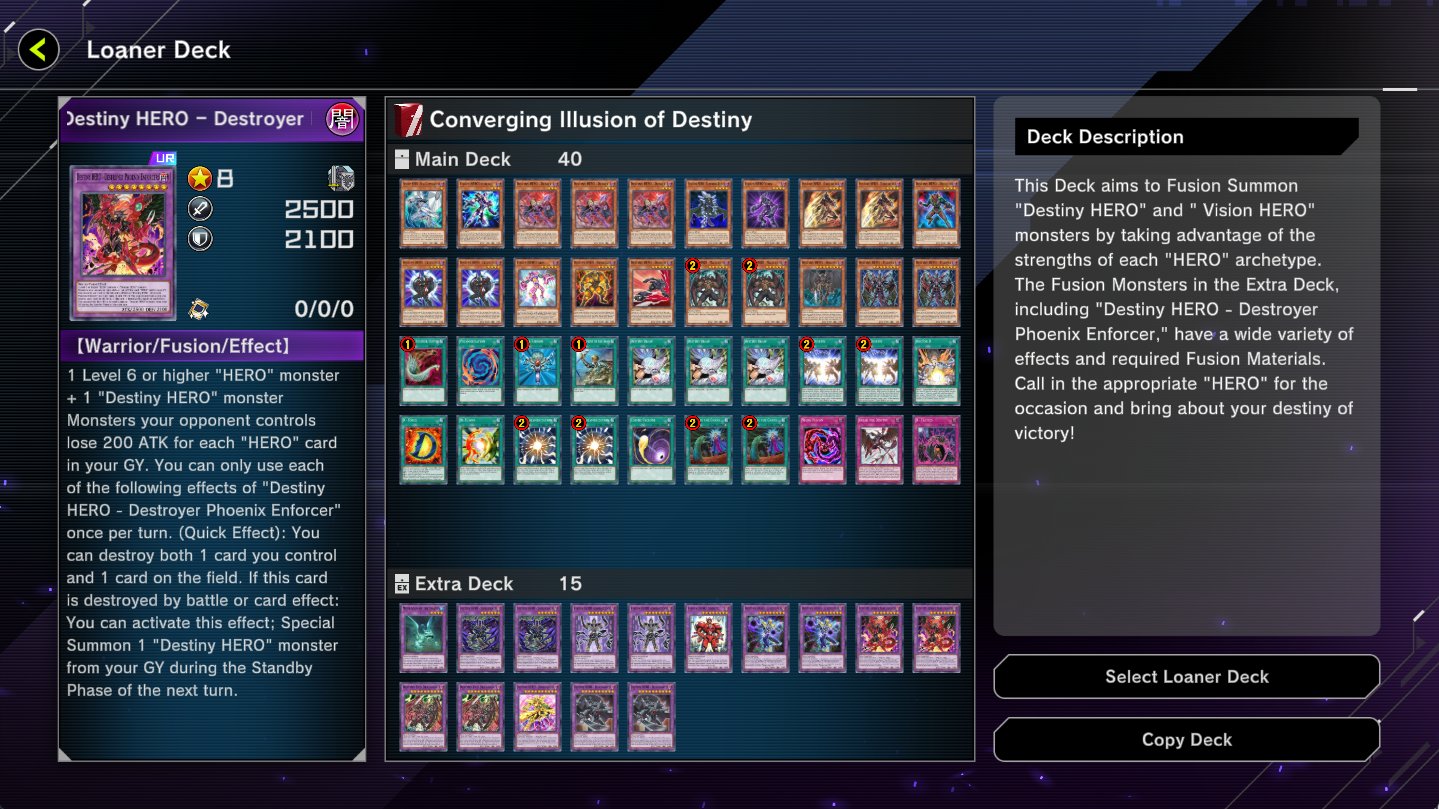 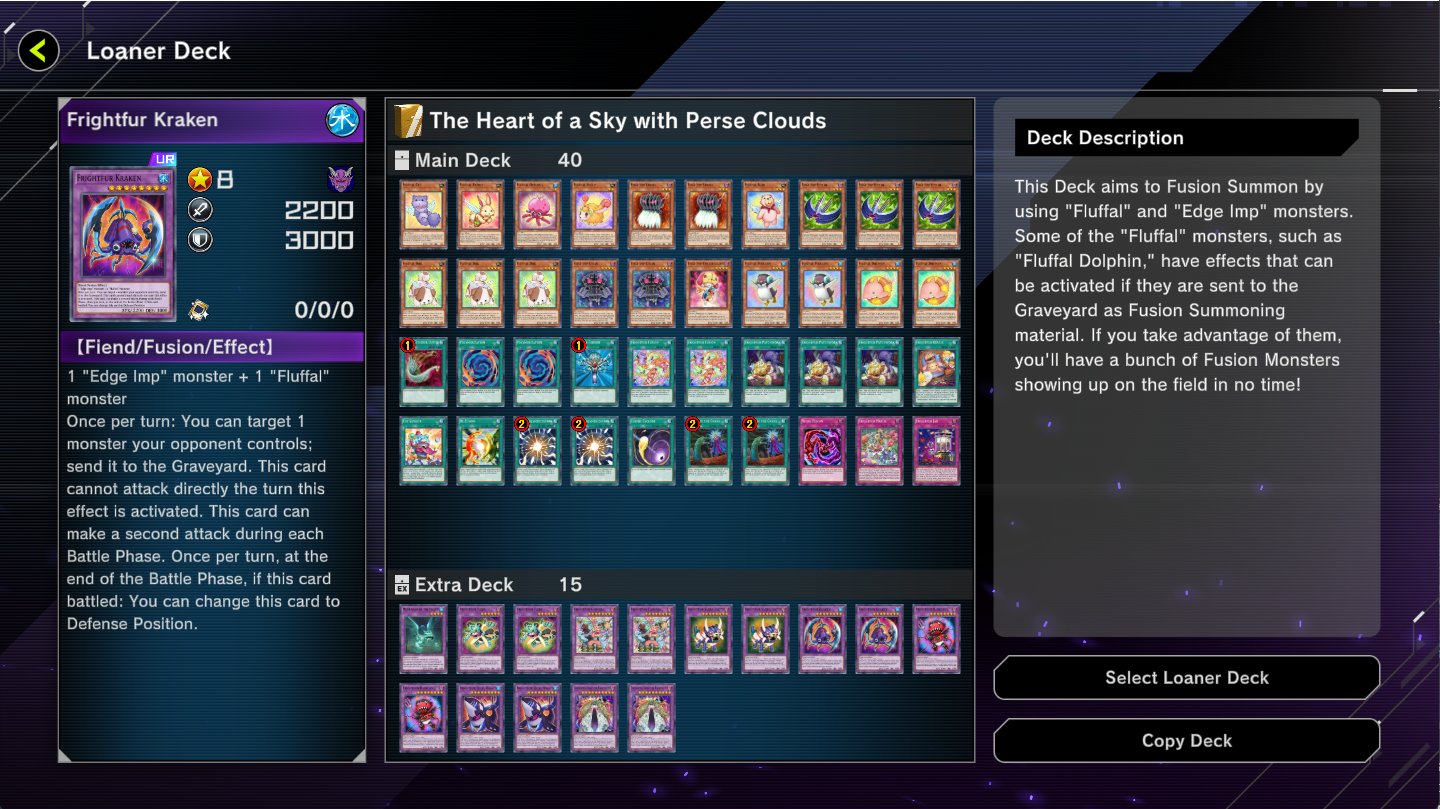 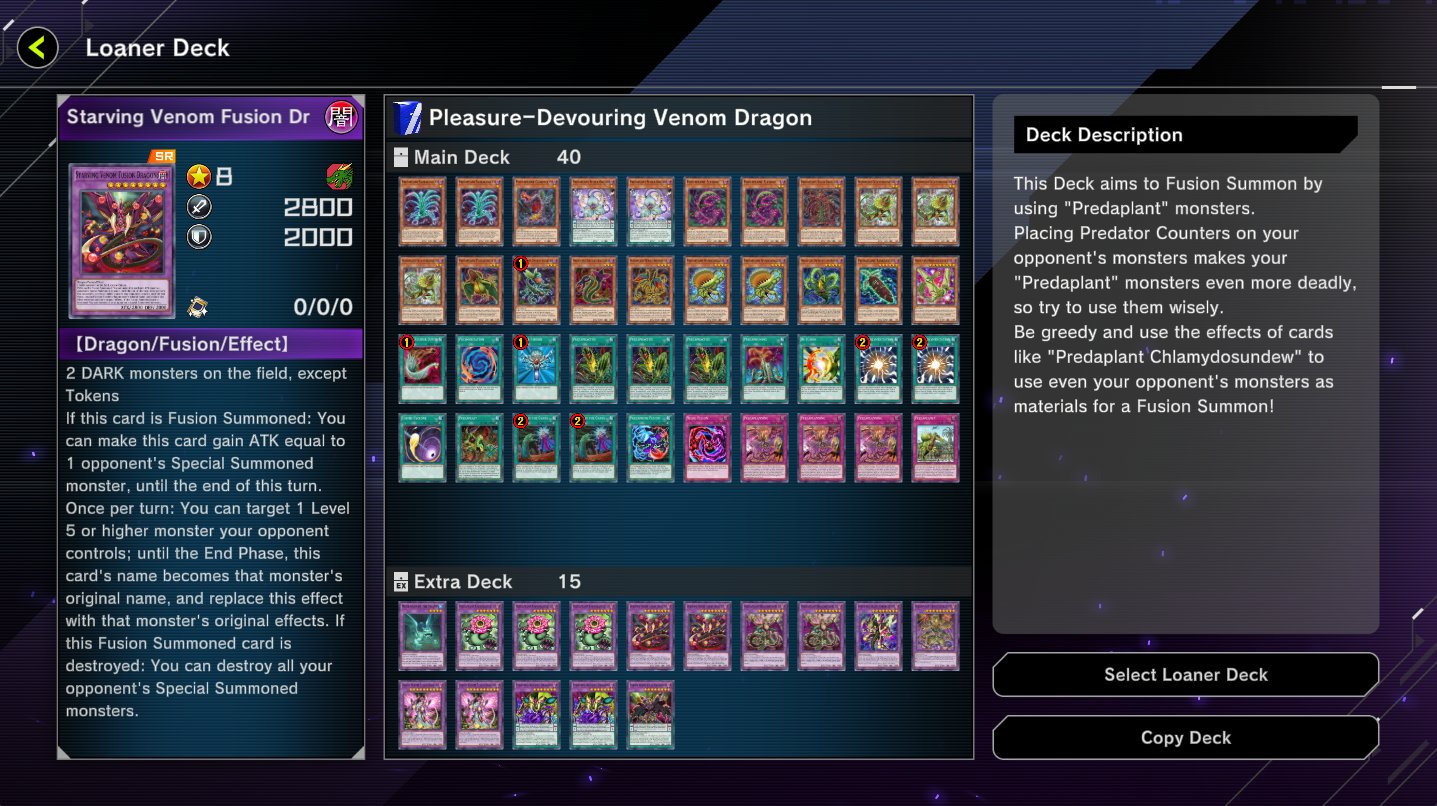 Expect this event and update to be the welcoming party for Destroyer Phoenix Enforcer to Master Duel, because this meta-centric card is here to stay.

Solo Mode also received some new content, with Duel Strategy 2 and The Danger Files! being added to the menu, with new rewards added for both.