Factions are a big part of New World given that they dictate a player’s PvP experience, but they also have some impacts on PvE. While all three factions offer a similar experience, the missions that players acquire while increasing their reputation are unique to each faction.

If you chose the Marauder faction, or Green faction, then youll encounter the Trial of the Gladiator quest to advance your reputation to the next rank. Doing this will provide access to a range of faction unique weapons for purchase and allow you to continue working through the ranks.

You may have received this quest quite early as it only takes a few faction quests to build up the required reputation to receive it. But you wont be able to take it on until youre level 24 or over.

Once youve reached this level, then here is what youre going to need to do to advance to the rank of Gladiator.

How to complete the Trial of the Gladiator 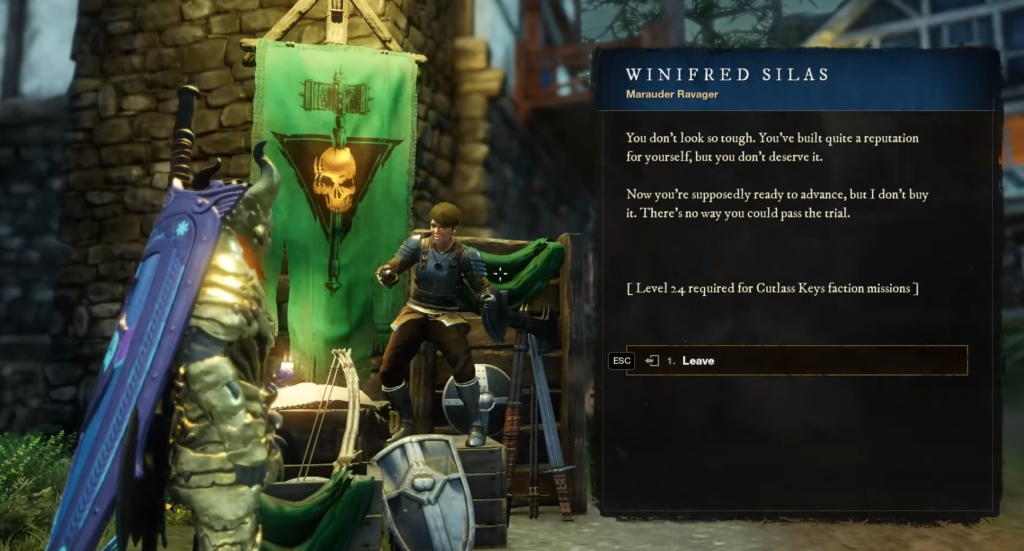 Youll need to head to Cutlass Keys and speak to the Marauders representative Ravager Silas. If youve gathered enough rep or Gladiator points, she will offer you the quest Trial of the Gladiator.

Once accepted, head up to Monarchs Bluffs. On the coast at Nautilus of Nunez, youll see your quest marker to take out Lost Pirate Hamidou. The final part of the quest is to eliminate Captain Hamidou who can be found on the deck of the capsized ship.

Once youve taken out Captain Hamidou, return to Cutlass Keys and hand in the quest to gain the rewards and rank of Gladiator.

Latest comments
No comments yet
Why not be the first to comment?
Featured news
MMO14 hours ago