"What am I possibly getting shadow banned for?"

Just a few hours into his early Jan. 4 stream, 100 Thieves founder Matthew “Nadeshot” Haag’s plan to grind toward acquiring a nuke in Warzone 2 was quickly altered by an in-game shadow ban after his account was flagged.

Nadeshot was deep into a Warzone 2 match with only himself and former CoD pro and full-time streamer Josiah “Slacked” Berry alive when he got unexpectedly kicked out of the match. After the match ended, he received a notification that said this account had been put under review for Warzone 2 and MW2. 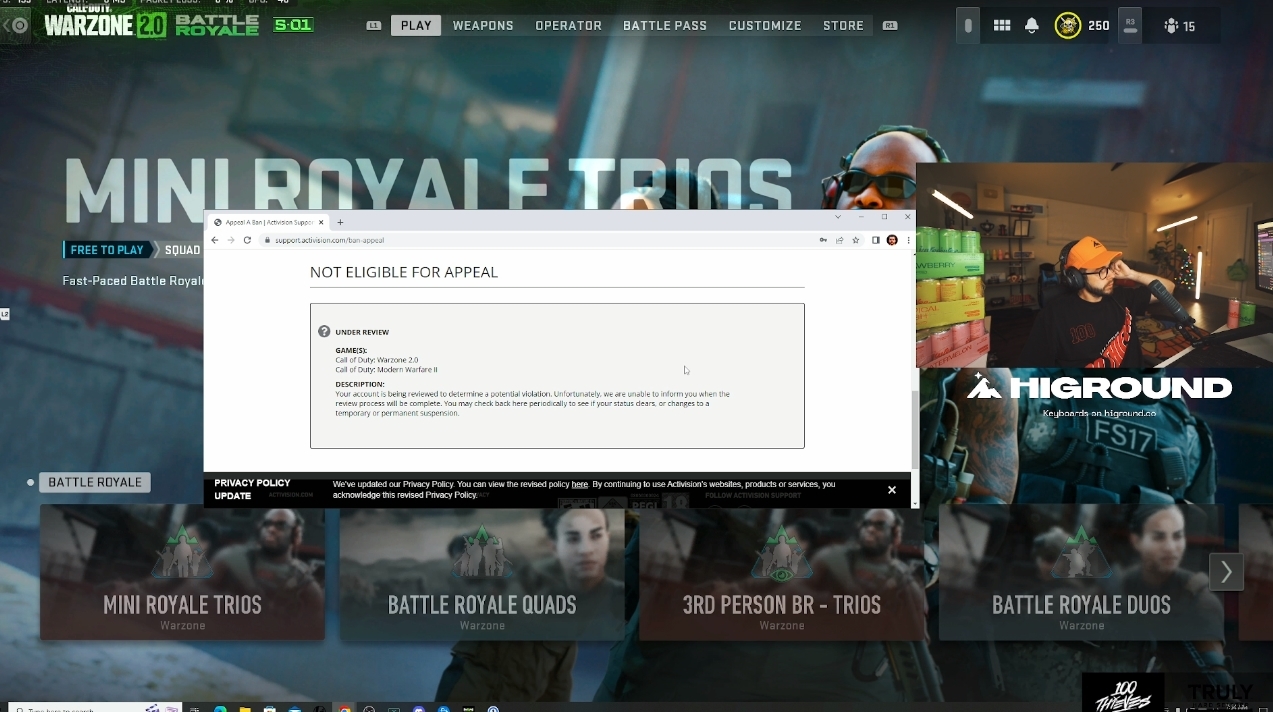 Screengrab via Nadeshot on Twitch

“Your account is being reviewed to determine a potential violation,” the message reads. “Unfortunately, we are unable to inform you when the review process will be complete. You may check back here periodically to see if your status clears, or changes to a temporary or permanent suspension.”

Nadeshot was dismayed to hear from Slacked that these reviews can “usually take about a week,” and was stunned that he of all players had gotten shadow banned.

“What am I possibly getting shadow banned for?” Nadeshot asked incredulously. “From getting knocked [down] and dying eight times in a game, and getting $32,000 spent to revive me? How in the world can it be possible for me, a 30-year-old man who can’t even shoot straight anymore, to get shadow banned?”

While Nadeshot was understandably upset, especially considering the number of actual cheaters he claims to see while playing, he was rather complimentary of a report system that actually looks at players who get multiple reports.

“The idea that if you get reported enough that they’ll review your account before you can play again, I honestly don’t think it’s the worst thing in the world,” he said.

Clearly though, Nadeshot reached out to some important contacts and had his shadow ban removed roughly less than an hour after he was first booted from a match. The grind continues.