Ascension on my mind.

With less than a month before the NA VALORANT Challengers League officially gets its qualifiers underway, Knights Arena has released several key details for one of the premier tier-two ecosystems, including format, qualifier dates, and perhaps most importantly, how many teams will get a chance at Ascension. The tier-two league has taken notes from pro League of Legends and will feature two splits and even its own MSI. 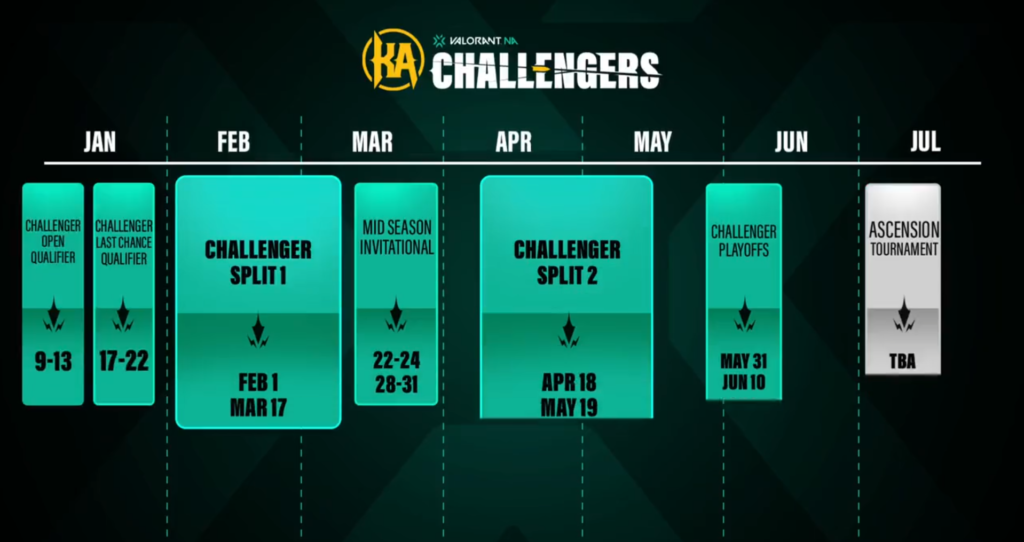 Both qualifier tournaments will start with best-of-three, single-elimination play until the round of 32. At that point, teams will be reseeded into a 32-team, double-elimination main event bracket. There will be no qualifiers between splits; the teams that qualify for split one are in for the second.

As confirmed by the league earlier this month, the 12-team NA VALORANT Challengers League will be made up of the six qualifier teams plus six directly invited teams. Those teams will face off in two splits, one running from the beginning of February until mid-March, and one from mid-April to mid-May. The direct invites are expected to be announced soon. 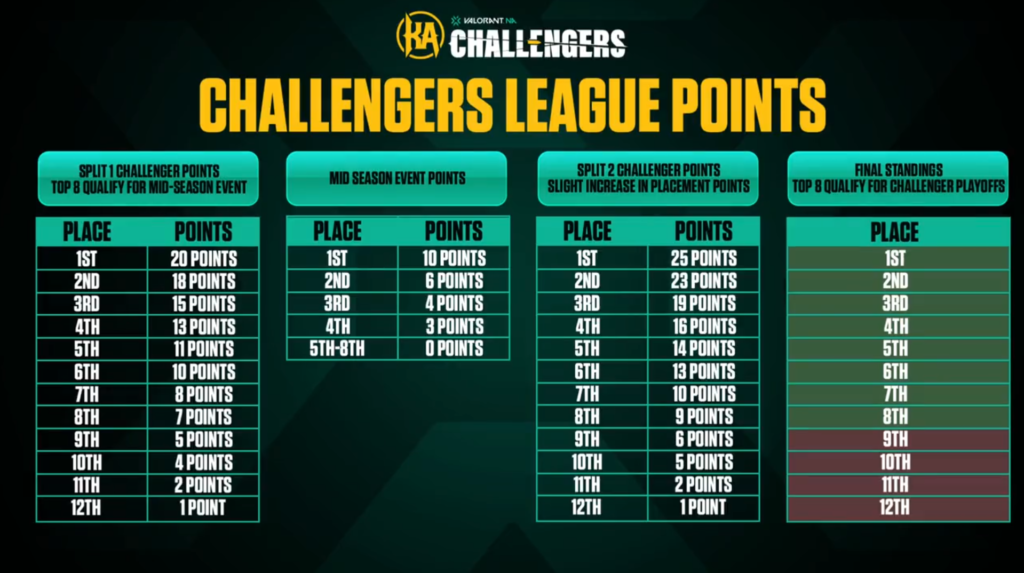 Each split will divide the 12 teams into two groups of six, and each team will play the other teams in its group in a weekly round-robin stage. The second split will feature reseeded groups based on the points earned in split one and the newly announced Mid-Season Invitational and will also reward more points than the first split.

The goal for all Challengers teams is Ascension, and the top two teams from the NA VALORANT Challengers League will earn a berth in the Americas Ascension tournament, with a two-year spot in the top-tier international VCT league on the line.