Could this be Deadeye talking?

The map teaser gives a sneak peek of what players can expect, including landscapes that vary from an arid desert to overgrown foliage. And a destroyed reactor in the middle of the map is sure to have plenty of lore implications. The entire trailer is narrated by an unfamiliar voice, however, likely pointing to an upcoming agent.

The trailer begins with a gold-plated bullet breaking apart while the projectile’s core continues to speed through the air. The frame then changes to show two bullets speeding directly at each other, meeting head-on to destroy a reactor and cause an explosion. The reactor’s destruction seemingly causes a lot of the power to go out all over the island.

And a voice, which appears to have a French accent, is cryptically narrating the entire time.

“Incredible that something so small can create such opportunity,” the voice says. “Their efforts were noble, but sacrifices must be made. Ah, such a pity.” 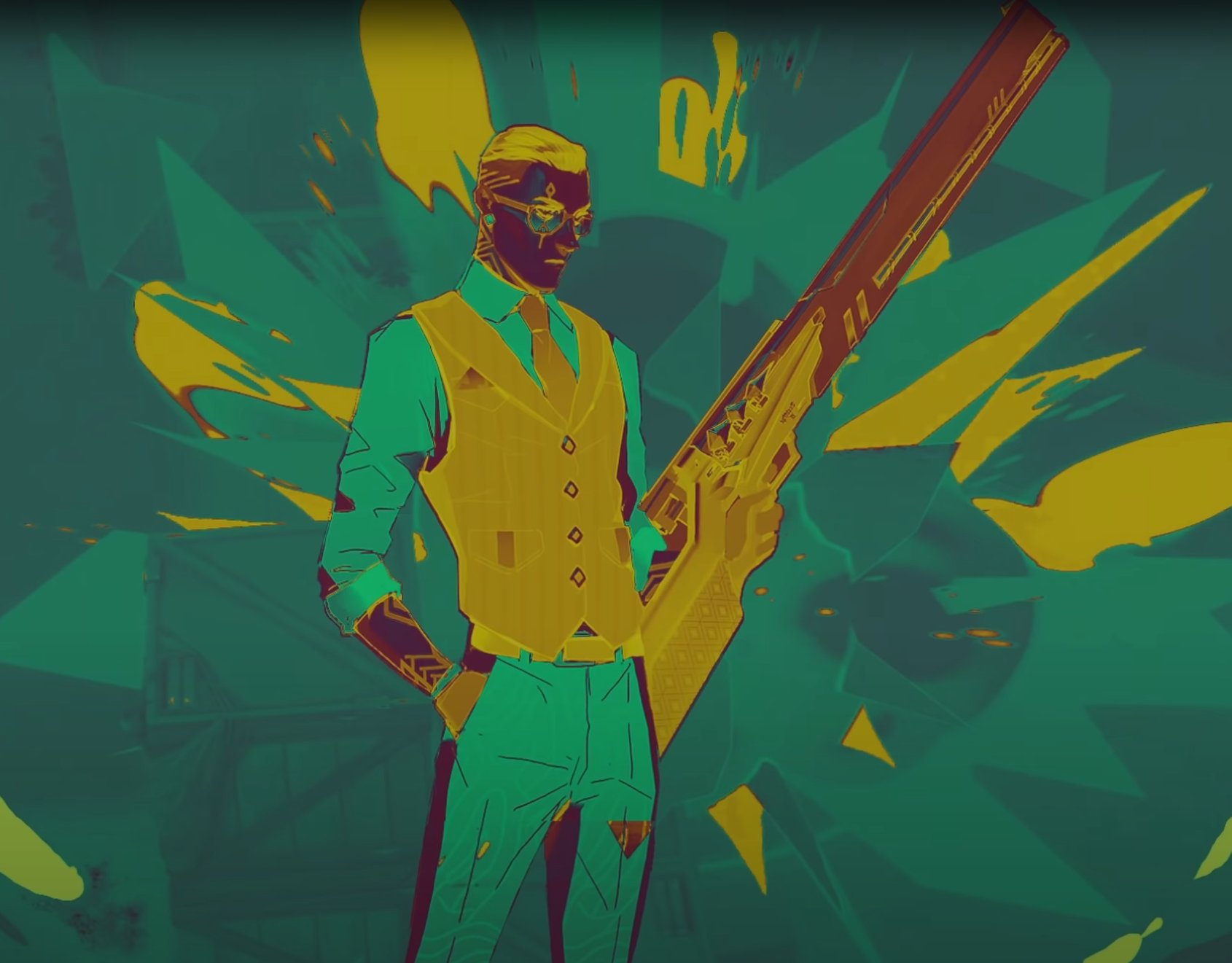 Riot had previously teased a well-dressed agent named Deadeye in VALORANT’s Year One Anthem trailer, which premiered in June. Fans caught a glimpse of a snazzy figure wearing glasses with hair slicked back, wielding a long-barreled weapon. With this being the only teased agent on the horizon, Deadeye is likely narrating the trailer and could have an integral role in the mirrorverse lore. Exactly how he’s connected, though, is unclear.

The bullets being fired may also be a part of Deadeye’s kit, especially since he’s pictured with a large rifle. But Riot might introduce a new weapon alongside the agent.

With Fracture slated to go live with Patch 3.05 on Sept. 8, fans are going to have to be patient. A new agent likely won’t be released until Episode Three, Act Three.

Latest comments
No comments yet
Why not be the first to comment?
Featured news
Valorant40 minutes ago