Sales are a driving factor in the uncertainty of Un-sets.

The constant barrage of Magic: The Gathering products from Wizards of the Coast could spell the end for Un-sets going forward despite Unfinity beating out Unstable in sales.

Un-sets have evolved over the years, from the first Silver border cards in Unglued that was published in 1998 to the recent Black border Unfinity MTG Un-set. Five sets in total have been printed since Un-sets was first introduced. The future of these supplementary sets is on the chopping block, though, according to head Magic: The Gathering designer Mark Rosewater.

A series of conversations took place to start 2023, outlined by a Reddit user, detailing the future of Un-sets according to Rosewater. Of all the Un-sets released by WotC, Unfinity had the best sales overall. Despite beating out the sales of previous MTG Un-sets “by a pretty big margin,” according to Rosewater, the future of Un-sets hangs in limbo as the supplementary set performed poorly when compared to other Magic sets that were released around the same time.

“Sets have to sell well relevant to sets around it,” Rosewater said.

WotC has increased the number of sets printed each year dramatically over the last few years, despite concerns from players that it’s too much product at one time. The answer to these complaints is that not every set is for every Magic player. But if the sales of other sets are relevant to a supplemental MTG set like Unfinity, then perhaps WotC is changing its production strategy going forward. 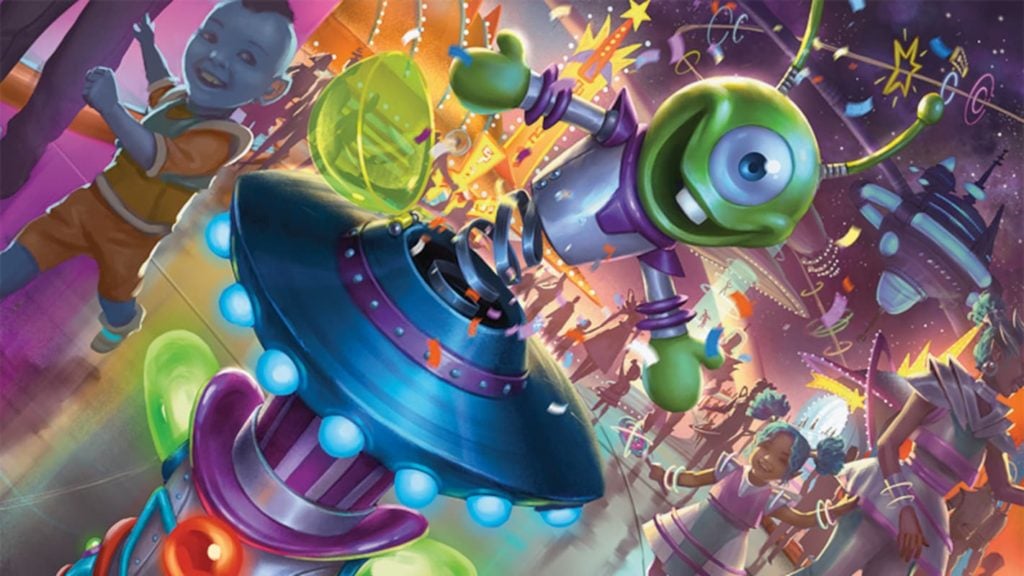 The Unfinity set was released on Oct. 7 last year after getting delayed due to supply chain issues. It also coincided with the release of Universes Beyond: Warhammer 40K, which launched on Oct. 7 too. The Warhammer 40K Commander decks were a success and potentially hurt sales for Unfinity, which was designed as a space-themed Draft set.

Launching around the same time as Unfinity was Dominaria United, which kicked off the five-part Multiverse War that will run through 2023, and The Brothers’ War. The Unfinity set also didn’t make it to MTG Arena but was playable on MTGO.

None of these potential sales busters were mentioned by Rosewater, noting instead that the Sticker mechanic would have performed better as a punch-out when asked by a Tumblr user about takeaways from Unfinity’s reception.

The potential discontinuation of Un-sets might not sit well with the Magic community, despite the constant complaint of too much product. Branching out products to all different types of MTG players is a solid strategy. Having them launch all at one time or on the heels of one another isn’t and should be the focus instead of the end of a casual product like Un-sets.

Play this Toxic MTG Phyrexia: All Will Be One card before it’s banned