Dungeons return to Magic via the Commander Legends: Battle for Baldur’s Gate (CLB) set, scheduled to release on June 10. This is the second-ever Commander Legends set, allowing players to compete with Commander cards via Draft and Sealed events. Providing color fixing to mono-colored legendary commanders within Baulder’s Gate Draft is a new mechanic called Background. 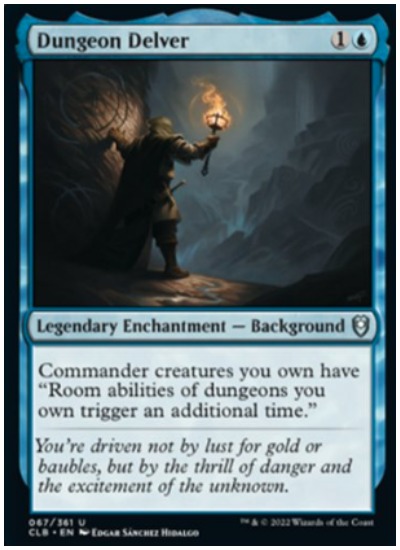 There is only one dungeon within the Baldur’s Gate Limited Draft format called the Undercity, in which players Ventrue into it via a new Magic mechanic called Initiative. And that dungeon is packed with rooms that offer powerful abilities that Dungeon Delver can take advantage of by having them trigger an additional time. 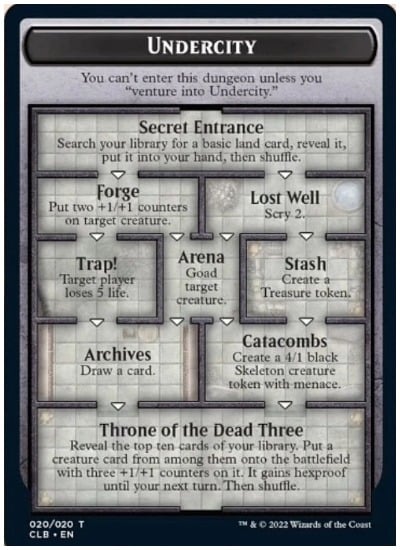 Dungeon Delver also has potential within regular Constructed Commander as well, especially when paired with a commander like Sefris of the Hidden Ways or Nadaar, Selfless Paladin.

Players can test the worth of Dungeon Delver in Baldur’s Gate Draft via prerelease events that run from June 3 to 5 and with AFR dungeon commanders with the official release of CLB on June 10.