Call of Duty: Modern Warfare 2 has finally arrived, but it’s brought some expected launch day problems with its vast suite of gameplay offerings.

Players around the world are reporting problems accessing the game’s multiplayer servers on launch day. This is a common occurrence with any massive online game, but it’s still disappointing for those who are looking to enjoy the new title. 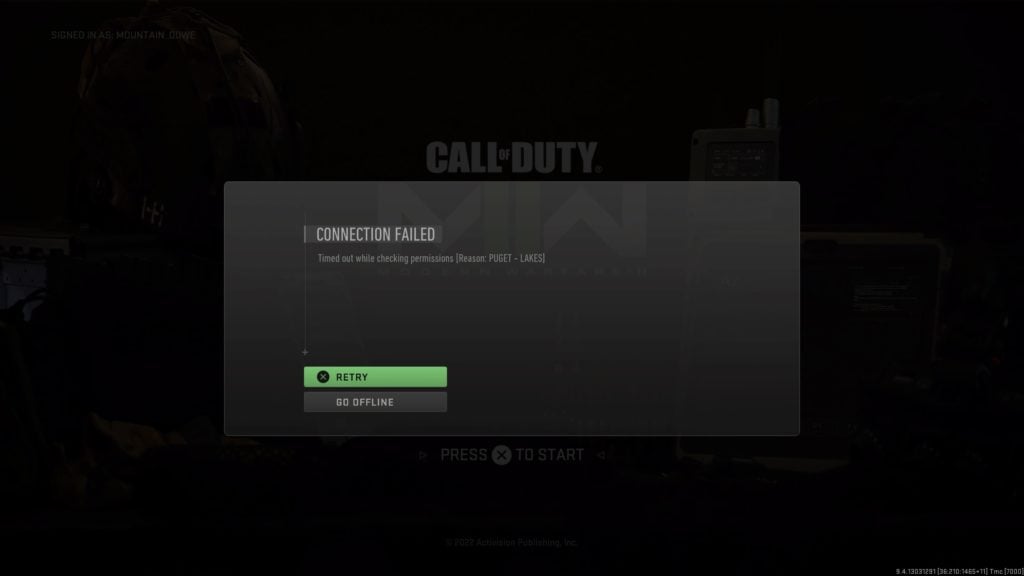 Some players are reporting being met with a server queue. Although they may be short at first, once the server queue is tackled, another error code pops up saying that the connection failed, “timed out while checking permissions,” with an error code “PUGET – LAKES.”

The servers are likely being slammed at the moment by players attempting to access the game from across the world. Infinity Ward and Activision will likely be burning the midnight oil to try and keep up with the ingest of millions of players.

For now, there likely won’t be a fix to the problem until things calm down or Infinity Ward posts some information on social media. If players are able to access the game online, they should stick with it as they will likely run into problems if they log out or try to restart.

It’s not all bad news, though. While some players are struggling to connect, others are playing just fine. The game will likely continue to have some hiccups throughout launch weekend, but hopefully it’s playable for most.

This article will be updated with more information as it becomes available.