A series of screenshots of the highly-anticipated Call of Duty (CoD) game Modern Warfare 2 have been leaked online thanks to some NFL players.

CharlieIntel reports that an image showing what could be the lobby screen of Modern Warfare 2 was posted by Rams Cameron Dicker. It also presented the multiplayer feature of the game, which was being played at some sort of collaboration event between the team and CoD. Dicker went on to delete the image, replacing it with a less revealing one. 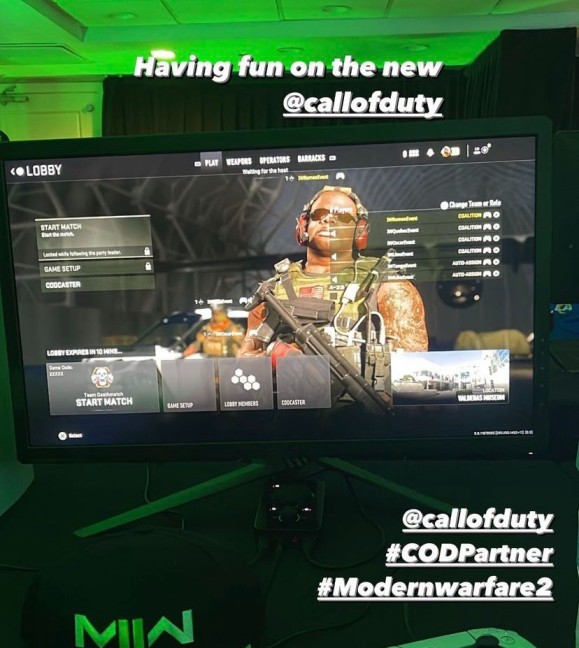 Another Rams player, Quentin Lake, posted a video showing several seconds of Modern Warfare 2s gameplay on his Instagram story. But just like Dicker, Lakes leaked video of the game was deleted. Though, it seems to confirm that the long-rumored DMZ mode will finally make its debut in the game, which is somehow similar to Escape From Tarkov.

This follows Activision Blizzards Q2 2022 earnings report which revealed that Modern Warfare 2 is scheduled for release on Oct. 28, 2022. Warzone 2.0, on the other hand, will be released later this year.

Latest comments
No comments yet
Why not be the first to comment?
Featured news
CoD3 hours ago