The competition is heating up.

You might not be running up the field to fire off a howling strike into the back of a net, but Call of Duty players now have a chance to step into the shoes of one of the greatest soccer players in history in Modern Warfare 2 today.

The Messi operator bundle is now live for players to acquire, which comes with eight unique items to enhance the experience on the battlefield. Additionally, the Call of Duty League team packs have been added to the store, allowing fans to show their support for their favorite squad from today onward.

Dribble your way to victory

Run the field with the Messi Operator Bundle, now available in Call of Duty #Warzone2 and #ModernWarfare2 pic.twitter.com/psB4mVFL9k

The skin features the soccer star rocking a simple blue T-shirt underneath a tactical vest while sporting a headset and scarf. His finishing move has the player sneak up behind an enemy and shove them. As the opponent turns to face Messi, he delivers a swift roundhouse kick to the enemy’s head before sending them off the pitch with a devastating side kick. 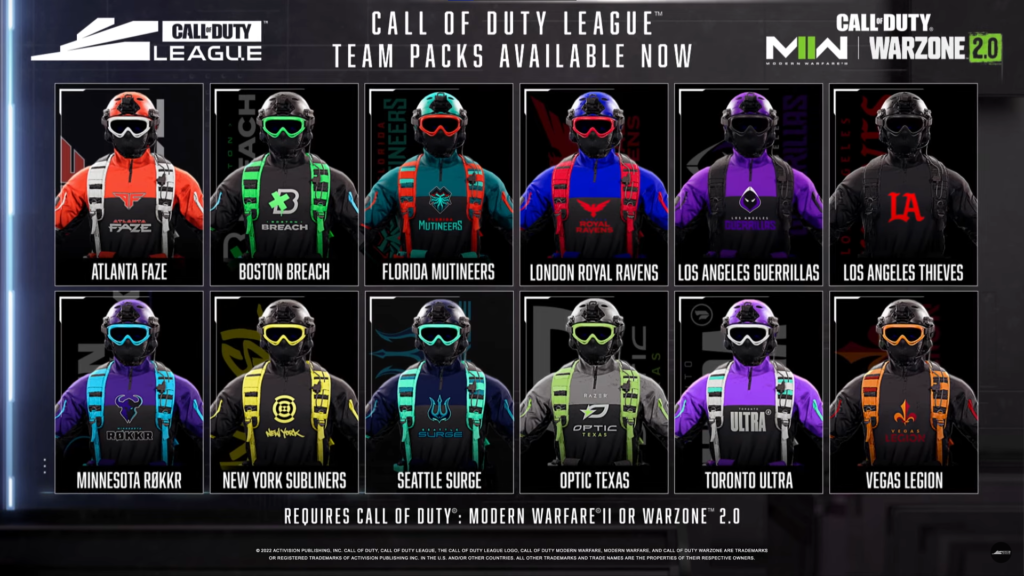 Meanwhile, the CDL packs feature 12 new skins for any players who want to show off their specific allegiances, whether they are wearing the poignant purples of Toronto Ultra or the lowkey black and red kits of the L.A. Thieves. There are also home and away variants for each skin, which flips the color schemes of the outfit.

Qualifiers for the first Major of the 2023 CDL season are set to begin on Friday, Dec. 2, so grab one of these fits to fly the colors of your favorite roster before the season kicks off.

Latest comments
No comments yet
Why not be the first to comment?
Featured news
CoD6 hours ago