With the full release of Modern Warfare 2 and the start of another new era of Call of Duty multiplayer less than two days away, Infinity Ward has made some significant changes to multiplayer, most notably to how well players can see and hear their enemies.

On the enemy visibility front, diamond icons have been added above the heads of enemies to make it easier for players to clearly identify opponents in-game. Additionally, Infinity Ward has tweaked lighting and contrast in-game to allow for improved enemy visibility. 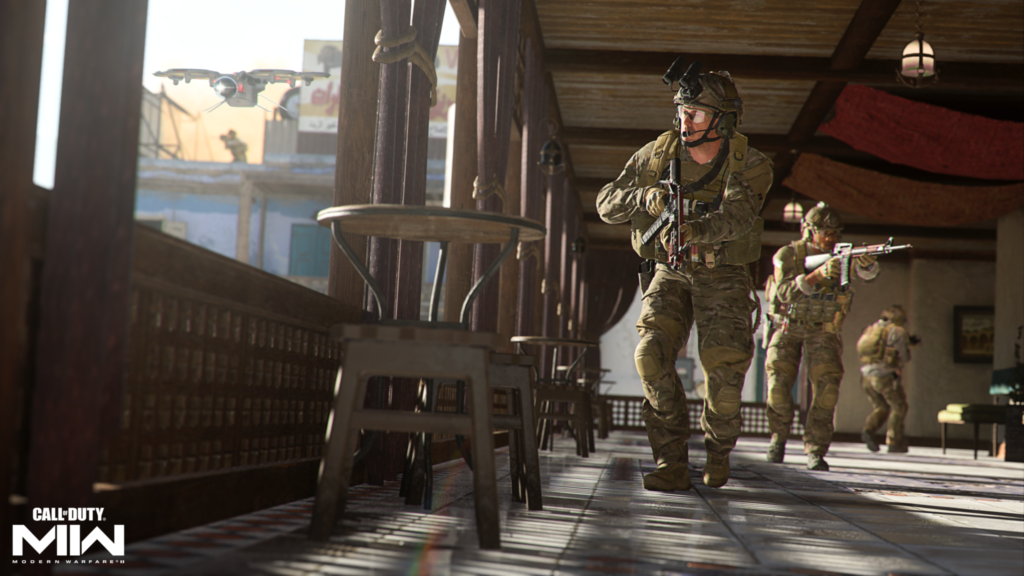 But while enemies will be easier to see, they certainly won’t be easier to hear. Loud footsteps were a huge talking point during the MW2 multiplayer beta period, and Infinity Ward has made fitting changes given the feedback. The overall range of footstep audio has been reduced, letting players get closer to the opposition before their footsteps are heard. The audio for teammate footsteps has been reduced as well. The in-world activation sound effect for the Dead Silence field upgrade has also been “drastically decreased.”

The launch update patch notes also allude to a handful of other changes including weapon tweaks, movement refinement, and more seamless UI accessibility and customization. The devs have also implemented changes to reduce lobby disbandment between matches and add address certain movement exploits discovered during the beta.

Finally, a significant change is heading to the third-person POV playlist. Aiming down sights (ADS) with weapons that have low zoom optics will stay in third-person. Only high zoom optics (starting with the ACOG and above) and special optics will still switch to first-person when aiming down sights. This is meant to “enhance the third person experience while keeping the gameplay balanced,” per Infinity Ward.

The changes to weapons, movement, and UI customizing will be expanded upon in future updates after MW2‘s launch on Oct. 28. Info on Warzone 2.0, DMZ, Raids, and other features is coming in the future as well.