Mobile esports took over global viewership in December with three international tournaments on the platform topping charts, according to the latest Esports Charts report.

Mobile Legends: Bang Bang proved to be the most popular game, peaking at more than 670,000 simultaneous viewers in the 2022 IESF World Championship’s grand final, which took place in Bali, Indonesia.

It pit local team Indonesia and Philippines in a nation-based team format, showing how powerful the Southeast Asian audience is on the platform. Both of the other mobile tournaments with the highest audience peak viewership also took place in this region. 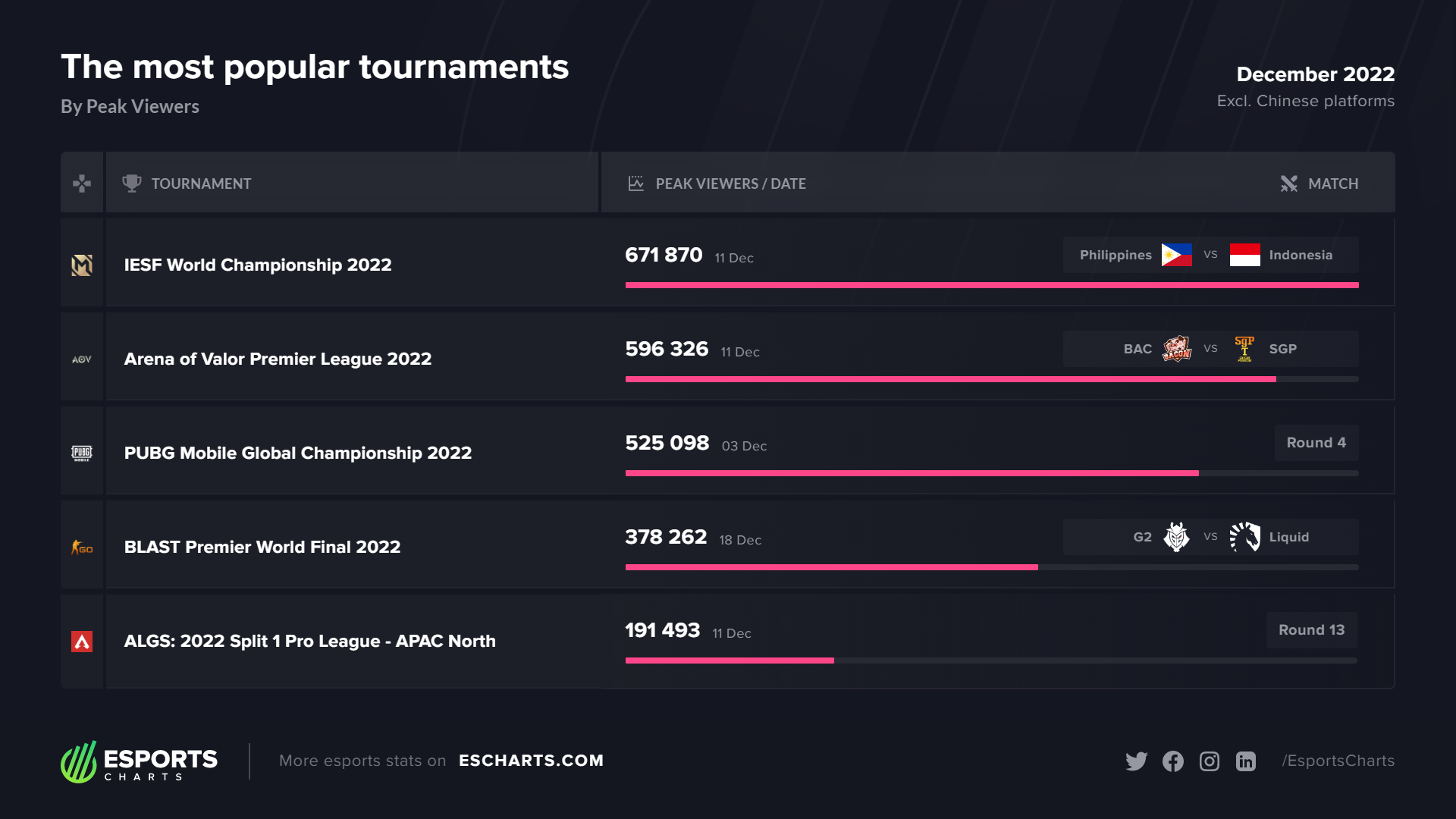 PUBG Mobile, another top mobile title in Asia, saw the third-highest peak audience number for its own Global Championship. It featured a $4 million prize pool and gathered 50 teams to battle it out near Kuala Lumpur, Malaysia. 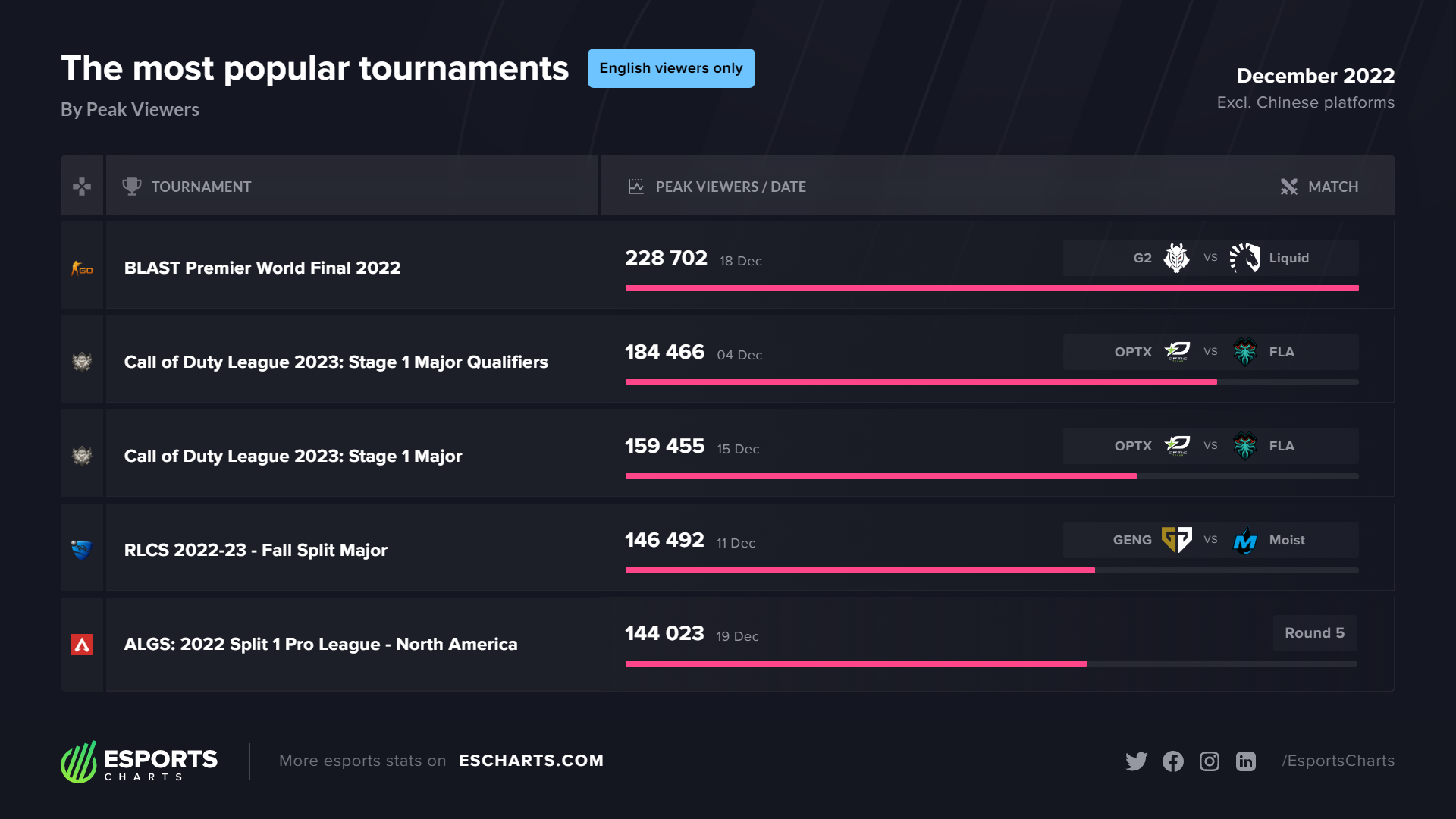 Those numbers are impressive yet still lower than the global audience numbers of the top PC titles. Additionally, mobile esports’ stranglehold of sorts on viewership occurred during the traditional offseason for most PC competitive scenes. It’s still worth noting, however, that the top three mobile tournaments’ peak viewerships surpassed CS:GO‘s Blast Premier World Final.

Taking only the English audience into consideration, the CS:GO tournament had the highest peak audience in December, followed by the first Call of Duty League Major of the new season.

The popularity of mobile esports has been growing for many years, particularly in Southeast Asia. Fans have followed top talents from all over the region and beyond in the PUBG Mobile Global Championship, and the growth may end up spreading worldwide.

Latest comments
No comments yet
Why not be the first to comment?
Featured news
Mobile5 days ago