These are the differences between membrane and mechanical keyboards.

Most office keyboards and integrated laptop keyboards use membrane systems for their value and reliability. Membrane keyboards also have better resistance to liquid and dirt than their mechanical counterparts.

This keyboard type typically has three layers, including two membranes made from rubber with a space between them. The top level has a dome sitting under the keys. If a key is pressed, the dome moves downwards through the empty space to make contact with the bottom layer. When the two parts make contact, they complete a circuit, and the keypress registers. While membrane keyboards come in several types, they all use a version of the above system. 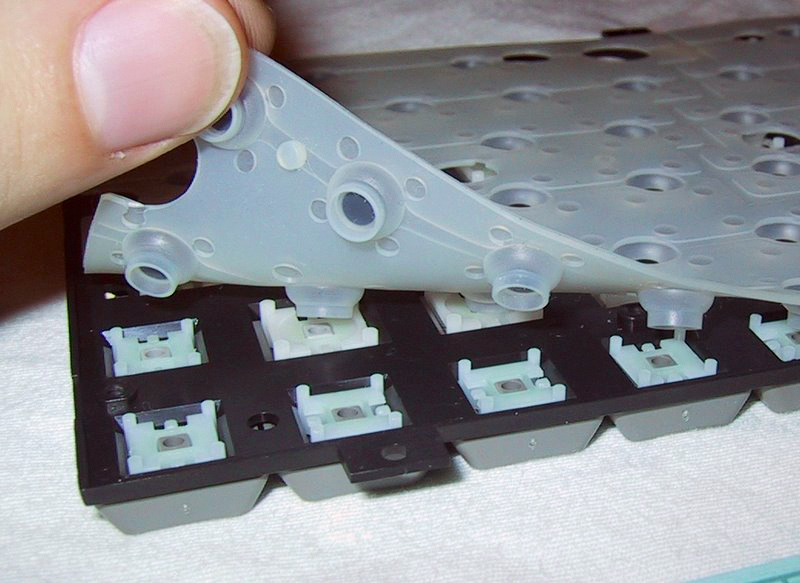 These keyboards come with most pre-built PCs and are used by office workers worldwide. Some budget gaming keyboards like the HyperX Alloy Core RGB and the Razer Ornata also use membrane keys. They usually have individual keys with spaces between them and use the same system described in the previous paragraph. 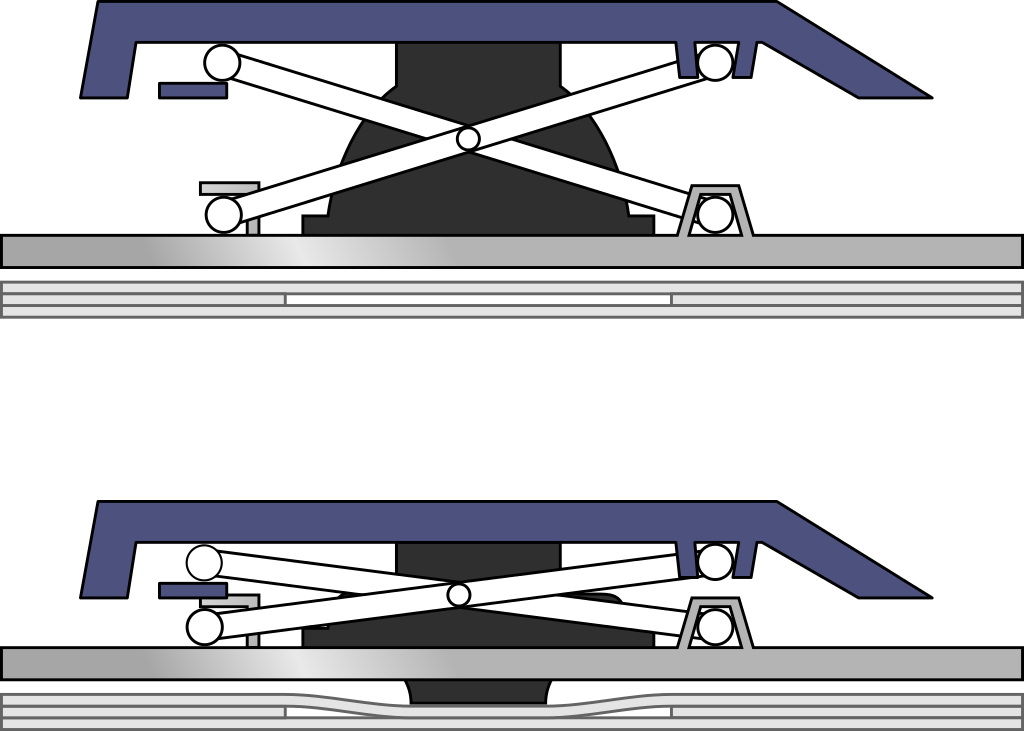 Scissor switch keyboards have flat keys separated with a plate and are usually standard on most laptops and low-profile options. This keyboard type also uses a rubber dome, but the keys attach to the dome using a scissor-like mechanism. The mechanism is open when the key is in its usual position, and it closes when the key is pressed, pushing down on the dome to register the keypress. Some of the advantages of this system are a shorter travel distance and less actuation force needed to press the buttons. 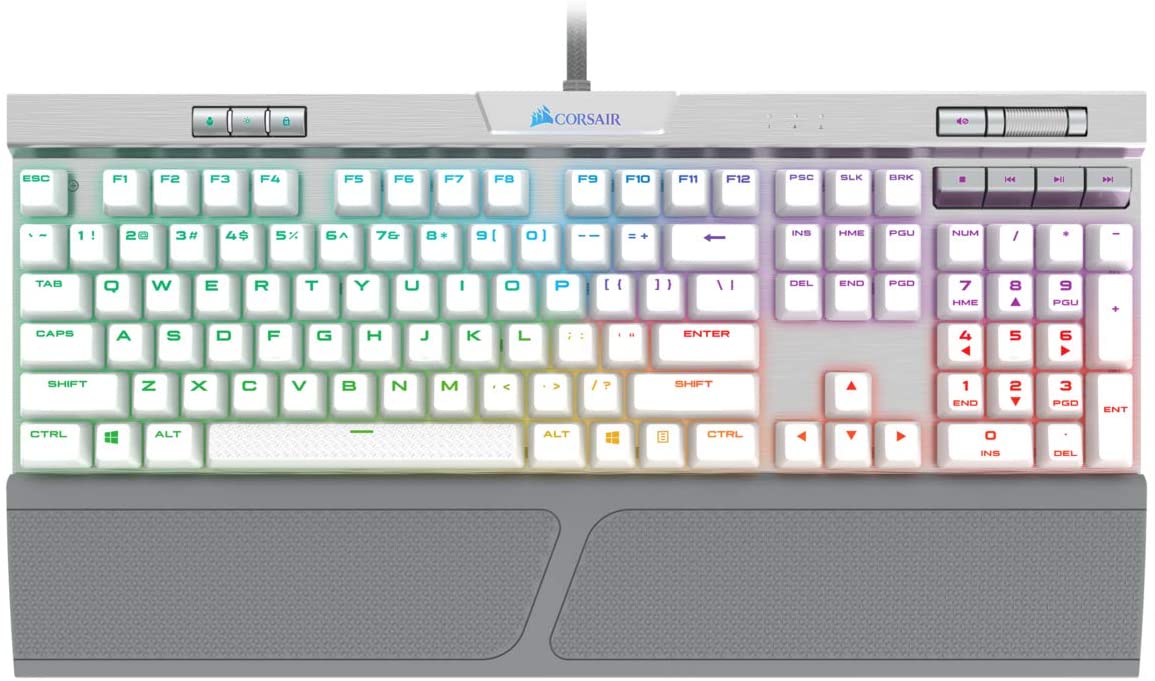 Each switch consists of a base, a stem, contact, and a spring. The stem is connected to the keycap and supported by a spring. When the key is pressed, it pushes the stem down to the point of actuation to register the keystroke. Mechanical keyboards often have a distinctive sound upon bottoming out, allowing users to know when the key is pressed.

One of the main advantages of mechanical switches is that they allow users to customize the feel of each keypress, including the actuation point, feel, and sound. Cherry MX set the standard for mechanical switches, and other brands, like Gateron and Kailh, make similar options that share compatibility. The most popular variants are the reds, blues, and browns, and they each have unique operations and characteristics. Many reputable gaming keyboards, like the SteelSeries Apex 7 and G513 Carbon, allow users to choose between these popular switch options to suit their preferences.

While many manufacturers use Cherry MX compatible switches, others use proprietary switches. Glorious offers in-house Glorious Panda switches for the GMMK range of keyboards, and Logitech has two lines of mechanical keys called GX and Romer G. HyperX uses a combination of both types. The company offers its keyboards with either proprietary switches or Cherry MX alternatives.

Blue switches have a distinct tactile feel and make a clicky sound when actuated. Typists and other professionals prefer these louder switches. Cherry MX Blue switches require 50 grams of actuation force and also have 2 millimeters of pre-travel and 4 millimeters of total travel.

While most mechanical keyboards have the switches soldered onto the board, some options allow users to swap out the switches or use a combination of various switches. These keyboards are becoming more popular, and keyboards like the Glorious GMMK line and Logitech G Pro X offer this feature. Despite its growth in popularity, hot-swap keyboards can be pricey and are only worthwhile for users who will go through the trouble of swapping out the switches.

SteelSeries has gone in another direction with the Apex Pro range of keyboards that use the companys Omnipoint switches. These mechanical switches have customizable actuation points ranging from 0.4 to 3.6 millimeters for users to tune each keypress to their liking.

Latest comments
No comments yet
Why not be the first to comment?
Featured news
Hardware3 days ago

How to update an iPhone