The MC Championship (MCC) aired on June 18 and brought together 10 teams of creators, most of whom were members of the LGBTQIA+ community, to celebrate and promote Pride month by raising money for The Trevor Project. This installment of the Minecraft tournament was the second annual MCC Pride and may mark an official tradition of a yearly MCC Pride event occurring.

MCC Pride was a non-canon event, which means the scores and winners do not count towards regular MCC statistics. Non-canon MCC’s are more about the special, themed experience and less about perfectly balanced teams and statistics.

The important cause, the game remixes, and the other donation goals for MCC Pride inspired the community to raise a total of $146,849. Noxcrew and Smajor highlighted the achievement on the official MCC Twitter page today.

You guys really channelled the power of pride and raised over $146,000 for MCCP 22 last weekend

Huge thank you to all of you!

Although the donation goal for MCC Pride was $120,000, many members of the Minecraft and MCC community contributed in both small and big ways to help the donation pool extend past the original goal. Two generous donations of $10,000 also played a huge role as popular creators Jacksepticeye and Valkyrae both donated big for their first MCC event. Popular Minecraft creator Dream contributed a $10,893 donation as well to match the coins accumulated by his team, the Red Rabbits who won the event, during MCC Pride.

MCC Pride was a unique installment of the tournament as half of the eight games played were special remixes unlocked through donation goals reached for The Trevor Project. Hole in the Wall allowed eliminated players to throw mobs at the players who were still alive, Survival Games let players create armies of adorable animals that could then help them fight opposing teams during battle, Grid Runners mixed up the various tasks and rooms to confuse players, and TGTTOSAWAF allowed players to stack on each other to easily ride their way to the other side which mostly just resulted in absolute chaos. 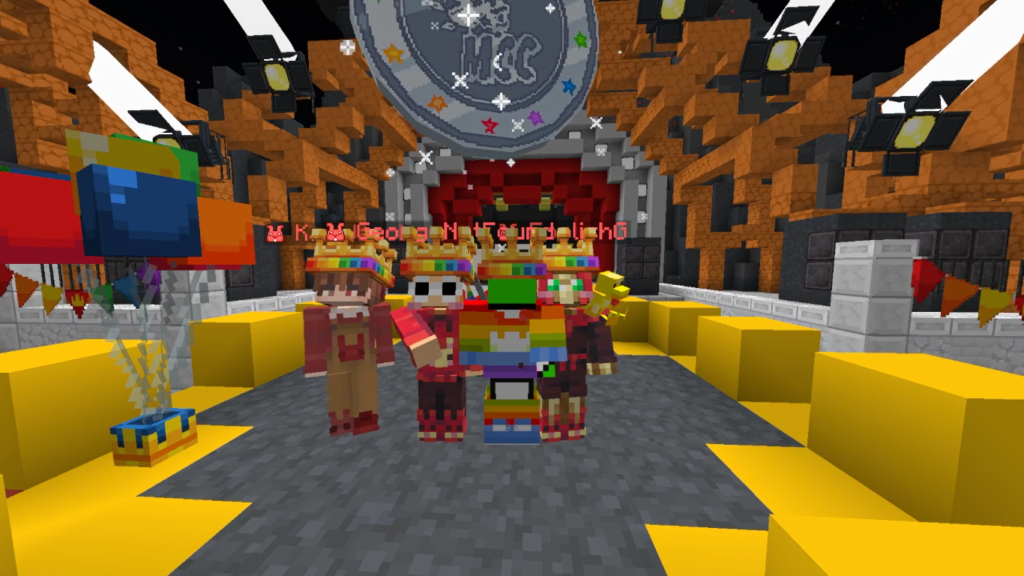 Screengrab via Dream on Twitch

The event ended with the Red Rabbits securing victory in the finale Dodgebolt duel. A special 20-vs-20 Dodgebolt also took place after as a donation goal unlocked the special event for the MCC players. Jacksepticeye outlasted most of his team and delivered the final bow shot in this version. Thus, he and DrGluon, who also survived, won the 20-vs-20 for those who were on the same side as them.

Now that MCC Pride is over, it is likely the next MCC event will be another canon one. Whether it will happen in July or the MCC team will take a short break as has occasionally been the pattern in the past following a non-canon installment of the tournament remains to be seen.

Latest comments
No comments yet
Why not be the first to comment?
Featured news
Minecraft2 months ago