Lost in patch notes: Riot appears to forget to include League champion that hasn’t received love for 8 patches

Just like when your parents forgot you at the store.

Patch 12.18, or rather the 2022 Worlds patch, went live yesterday. As its tradition, Riot Games shared patch notes detailing the balance changes, bug fixes, and system changes. Although this is normally a rather straightforward process, this time around, the devs forgot to include a champion that hasnt received love for eight patches straight. Nasus, who was mentioned in the patch highlights section, was completely omitted from the patch notes leaving us wondering if the buffs are actually live or not. 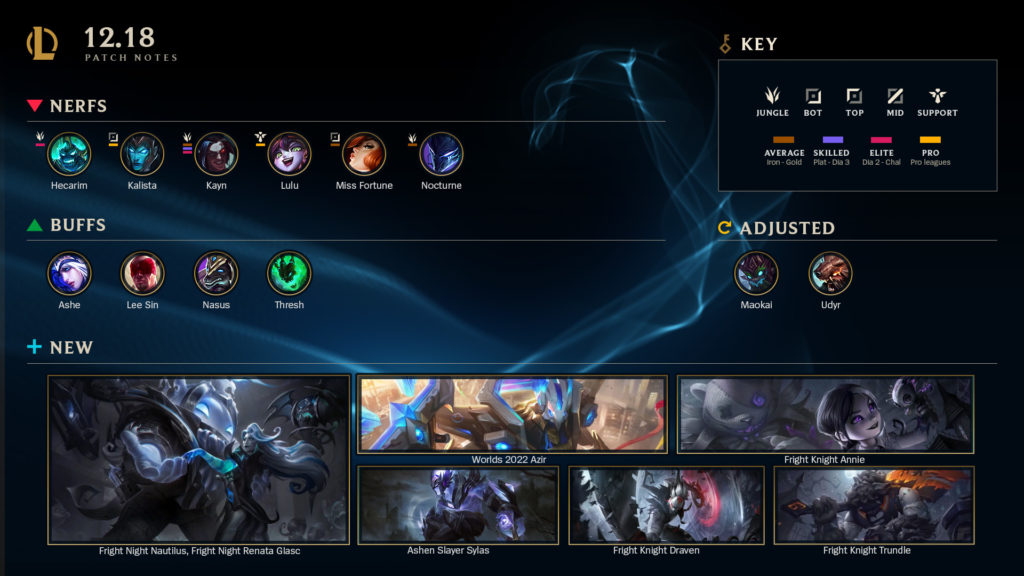 Although buffing Nasus is a risky move by Riot, the changes the champion was set to receive, according to Riot Phroxzon, included hefty buffs to Wither and Fury of the Sands. While Wither changes were supposed to buff the attack speed debuff from 50 percent movement speed slow to 75 percent movement speed slow, the cooldown of Fury of the Sands was supposed to go down to 110 to 90 seconds from 120 seconds.

Riot still hasnt spoken up about this blunder so, in reality, we still dont know if Patch 12.18 shipped with these incredibly strong Nasus buffs. Hopefully, Riot reveals soon if Nasus was one of the biggest patch winners. If not, dont fall for Nasus supports and stay mindful of him easily running down your Cleanseless AD carry.

As usual, we will keep you posted on the further developments regarding Nasus buffs.

Lillia rules, Teemo drools, and Brazil gets LOUD on third day of Worlds 2022