The partnership continues, now with a headrest.

Gaming peripheral company Logitech and office furniture producer Herman Miller are coming together once more for another gaming chair to save gamer backs and necks everywhere.

The Vantum is the latest in the line of chairs from the Herman Miller x Logitech partnership, preceded by the excellent Embody gaming chair. The new entry is about $800 cheaper, though, and offers something new: a headrest.

As a performance-driven brand, our ultimate ambition is to unlock every players potential through thoughtful solutions and research that solves problems, delivers results and enables meaningful change at every level of gaming, said Jon Campbell, general manager of gaming at Herman Miller. The Vantum Gaming Chair is our response to the community’s request for more from our partnership. It delivers the same promise of advanced ergonomics, unrivaled quality and desirability of the original Embody Gaming chair – but now with more color options and a more accessible price point.” 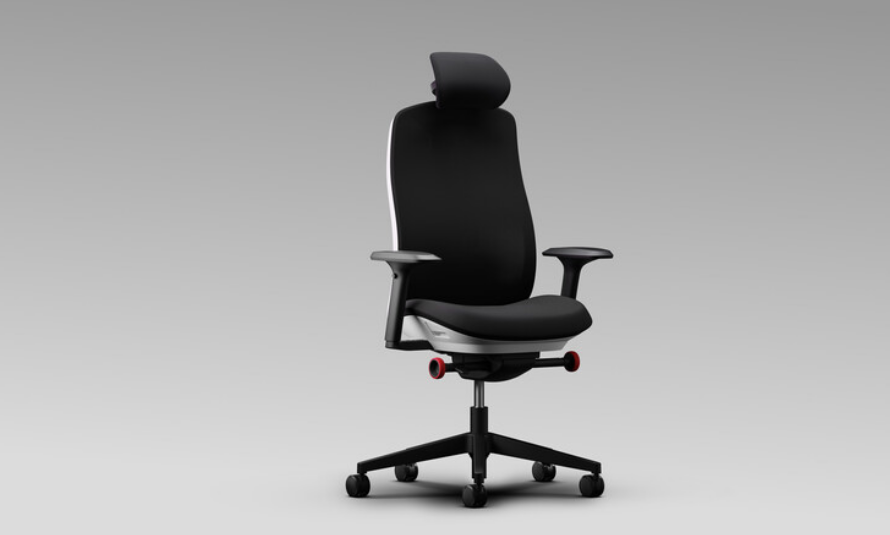 The main feature of the Vantum that separates it from the other gaming chairs Herman Miller offers is the headrest, which “serves to properly support the upper back, neck, and head when in a relaxed position” by offering thoracic support and giving “maximum comfort by correctly supporting the area where the base of a player’s head meets their spine.”

One of the patterns our teams noted during our research is that gamers require versatility, Campbell said. A strong active posture is critical for gameplay, but having an equally supported, reclined position for moments of relaxation is key for modern gamers who not only play games but watch streams and movies, chat with friends, engage in virtual events or just need a moment to kick back after a stressful match.

The Vantum is the fourth chair in Herman Miller’s gaming line, joining the Aeron, Sayl, and Logitech Embody. The newly-announced chair joins the Sayl as the only other one of the four that is priced at under $1,000.

Over the last three years, Logitech G and Herman Miller have partnered together with a shared vision of delivering high performance, ergonomic furniture solutions to gamers. We’re excited to move into the next stage of our evolution with this milestone launch,” said Aron Drayer, head of marketing partnerships for Logitech G. Together with Herman Miller, our shared passion and drive to give gamers the very best has continued to push our creativity and expertise forward and we couldnt be more thrilled to present the gaming community with Vantum.

The Vantum will retail for $995, is backed by a 12-year warranty, and ships fully assembled. When available, orders can be placed on Herman Miller’s website.

Latest comments
No comments yet
Why not be the first to comment?
Featured news
Hardware3 months ago

Your hands on Deck: Steam Deck now available without reservation and with new compatible dock