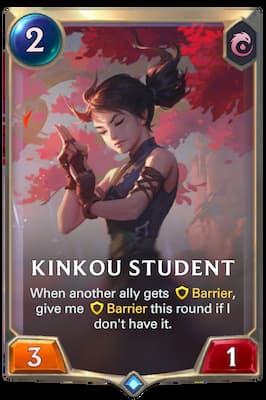 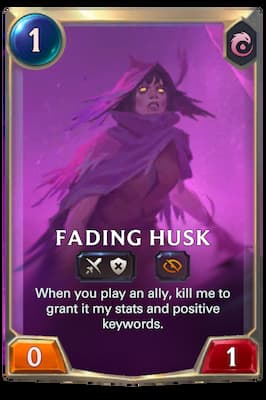 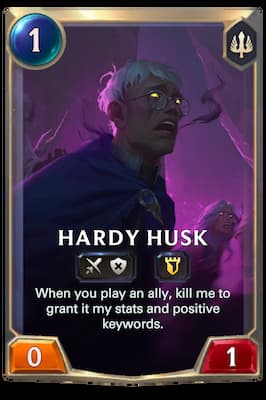 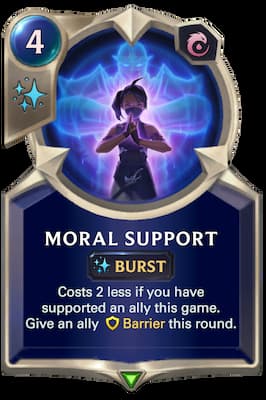 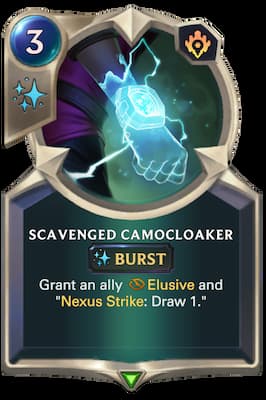 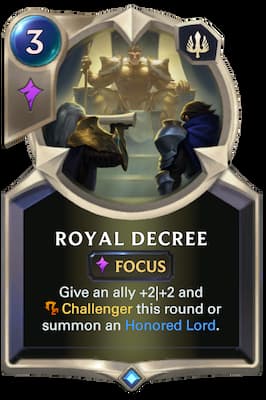 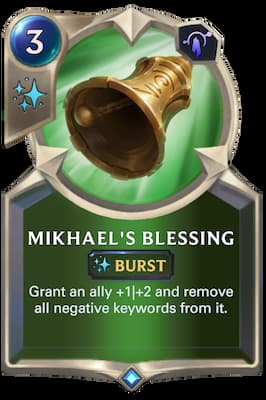 Riot Games continued to tease Legends of Runeterra players today with another round of Forces from Beyond spoiler support cards, along with two more Husk tokens.

Players will have to wait another day for the next Legends of Runeterrra champion reveal for the upcoming Forces from Beyond expansion that is scheduled to release on July 20. Today’s spoilers instead focused on additional archetype support cards, with several having the potential to impact the LoR meta. Two Husks were also revealed today, featuring Demacia with the Tough keyword and Ionia with Elusive.

The fifth to seventh Husk tokens revealed today were Hardy Husk and Fading Husk. Initially, it appeared that the Husk tokens were potentially associated with Evelynn. But the Ionia token granting Elusive to an ally upon the token getting sacrificed opens up the possibility that the cycle of Husk tokens is a part of Gwen’s kit within the Shadow Isles region.

Forces from Beyond archetype support spoilers

A total of five LoR archetypes support cards were revealed today: four spells and one follower. Supporting Shen in Ionia is the two-drop 3/1 Kinkou Student, getting Barrier for a round when an ally gets Barrier. The Support archetype received Moral Support, a four-cost Burst speed Ionia spell that can get cast for two mana instead if an ally was Supported at any point during the game.

Challenger archetypes were given Royal Decree, a three-cost Focus spell in Demacia that gives an ally +2/+2 and Challenger that round, or summons an Honor Lorda two-drop follower who gains Barrier that round the first time it Challenges an enemy (does not have the Challenger keyword).

The Piltover and Zaun region got a huge buff via the spell Scavenged Camocloaker, a three-drop Burst speed spell that grants an ally Elusive while drawing a card whenever that Elusive unit hits the Nexus. And Targon got a unique three-drop Mikhael’s Blessing spell that can get played at Burst speed to grant an ally +1/+2 while also removing any negative keywords from it.

Players can test out all the new Forces from Beyond cards when the Legends of Runeterra set is released on July 20.