Corruption has snuck into Legends of Runeterra with the release of Awakening, a new expansion showcasing five champions, an event pass, and a new adventure in Path of Champions.

Scheduled to hit the live servers on Aug. 31, players can get an early glimpse of the Awakening meta and new adventures in Path of Champions through the LoR Early Access event taking place on Aug. 30. The new expansion adds five champions to the roster, along with new mechanics and keywords. Riot is also implementing new ranked ladder adjustments, allowing players to climb the ladder without frustrating LP punishments within the Iron to Gold tiers.

Several of the Awakening champions are getting added to the Path of Champions mode, along with existing champs. New relics and adventure paths are also getting added. The release of Awakening will bring about a battle pass called the Corrupted event, along with Corrupted skins for a handful of LoR champions.

A total of five champions were added to LoR within the Awakening expansion. Two are Runeterra champions and one is a League universe exclusive champ premiering in Legends of Runeterra.

Balance patches typically take place after an expansion. Only one existing card, Void Abomination, was targeted with an actual balance change. The Kai’Sa top-end card had its cost increased from eight to nine and its base stats increased from 5/4 to 5/5.

The new mechanic Flow created some confusion in relation to existing LoR cards, resulting in a text change for Deep Meditation and Eye of the Dragon.

In addition to the text changes, the LoR devs created a short explainer list for new terms and mechanics within the Awakening expansion.

Patch 3.14 will shower the LoR Path of Champions mode with new content. Players will notice Shadow Isles getting added as a region, along with eight new and existing champions.

In addition to the new champs and Shadow Isles as a region, the LoR team added four new Relics. The Patch 3.14 Path of Champion Relics getting added are Galeforce, Golden Spatula (does not include Pengu), Guardian’s Orb, and Wriggle’s Lantern.

Starting with Patch 3.14, Path of Champion players will have Weekly Adventures, a new adventure mode that has three different tiers of difficulty and will get randomly generated from existing Adventures with Mutators to keep the playing mode fresh.

Champions for each of the three Weekly Adventure portals can get earned once per week while subsequent completions will only reward champion XP. Players can find the new PoC adventures in the ocean between Noxus and Ionia. And any adventures still in progress will get retired during the weekly reset. 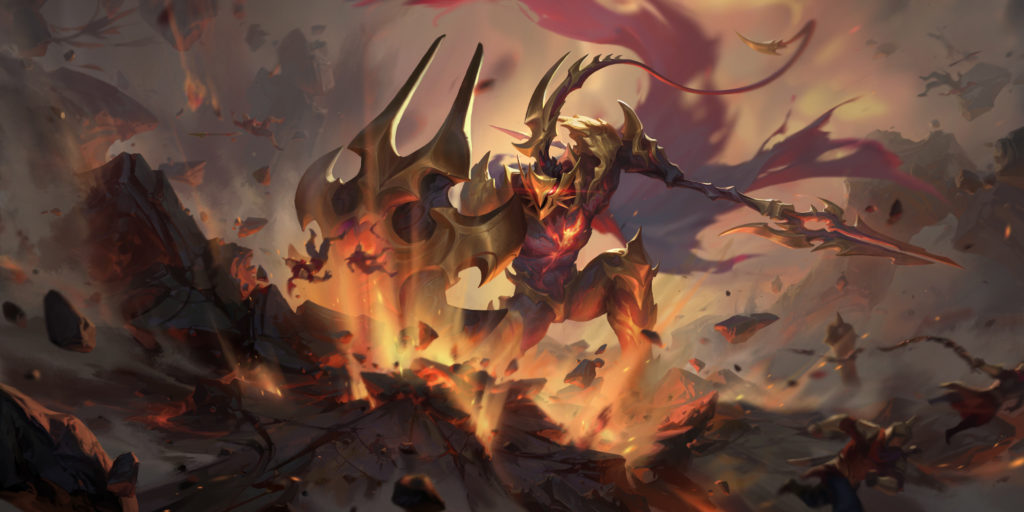 The Star Guardian event has ended, but a new era of corruption begins with the Awakening event pass. Additional free nodes have been added to the Corrupted event pass, running from Aug. 31 to Oct. 5.

Players who purchase the upgraded path prior to Sept. 14 will receive an exclusive quest that awards 10 corrupted crystals and a Rare Prismatic chest. And upgrading to the premium pass immediately unlocks Lil’Rhaast. Players can discover every reward available in the Awakening event pass on the Event rewards road within the client. 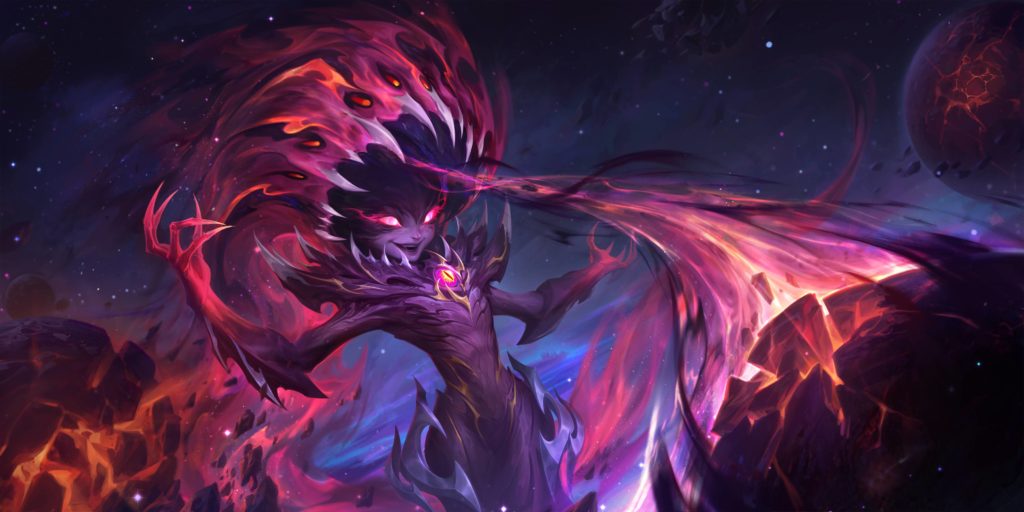 The launch of the Awakening expansion in conjunction with Darkin and the event pass will also include five Corrupted champion skins for Zoe, Leona, Diana, Taric, and Pantheon. No new level-up animations were included in the Corrupted skin line, except for Corrupted Zoe.

Two new game boards will also drop with the Awakening release: Darkin Reaper and Kayn’s Shadow. Guardians getting added are Lil’Rhaast, an immediate reward from the event pass upon upgrading to premium, and Corrupted Stella.

There is an official Darkin card back within the Awakening expansion. Other card backs include Kayn & Rhaast, Corrupted Pantheon, and Corrupted Zoe. Several new emotes are also getting added to LoR, along with a total of eight icons. 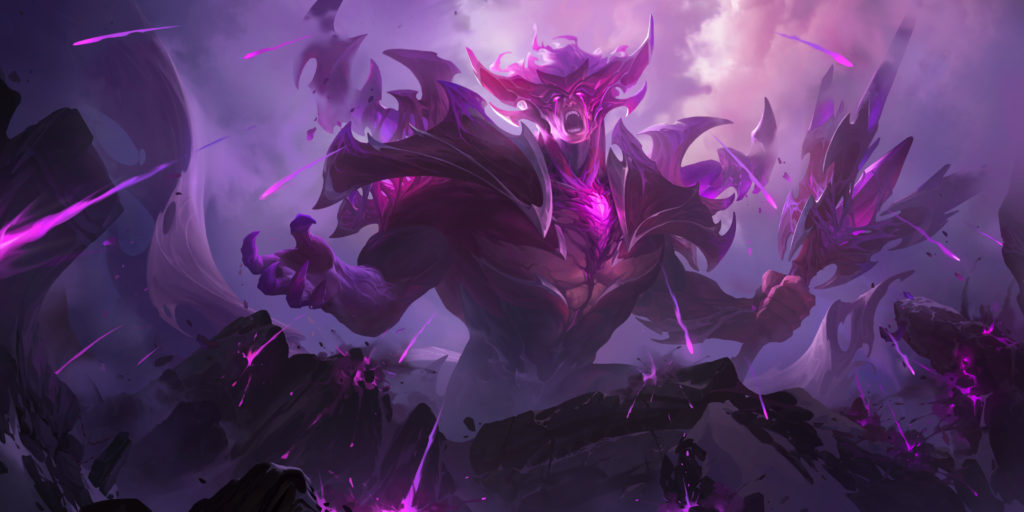 With each new expansion, Riot adds several new bundles to the LoR store. Synergizing with the Corrupted skin line is the Dark Divinity bundle containing a Corrupted Pantheon and Corrupted Taric. The bundle includes champion cards and skins, with prices varying depending on if a player owns the card yet.

And the new deck bundle for the Awakening expansion showcases Kayn with Kalista in the Dark Destruction deck. 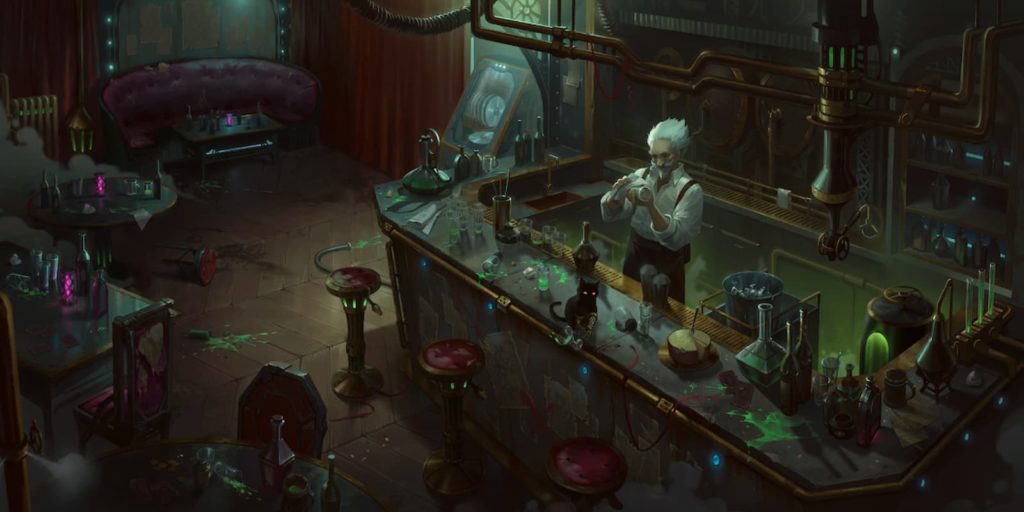 Image via Riot Games
Latest comments
No comments yet
Why not be the first to comment?
Featured news
Legends of Runeterra21 days ago