Equipment and dual-region spells will rock the LoR meta. 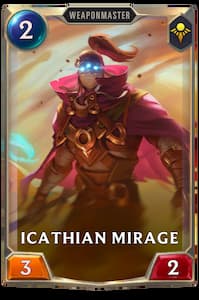 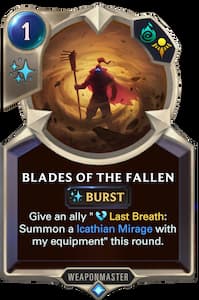 Blades of the Fallen 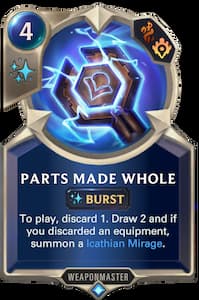 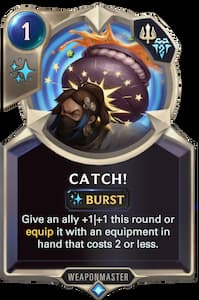 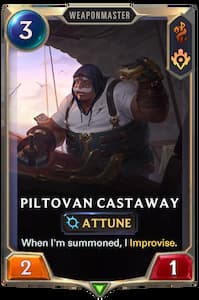 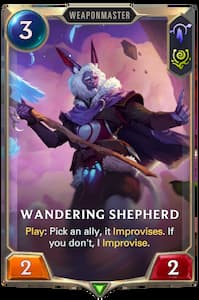 Support cards for Jax, the next champion within the Awakening expansion, continued to drop during today’s Legends of Runeterra spoilers. The cards showcase followers who have Improvise, a new mechanic that has a follower gain one Equipment from a select and depleting pool of eight, according to game designer Riot Durdle.

Empowered by the last light, our next champion knows no fear. Any guesses on who they could be? Leap back tomorrow for an illuminating reveal! pic.twitter.com/59XFJdQ8qE

Powerful spells were also on the menu from today’s LoR spoilers. A dual region Burst speed spell in Freljord and Shurima called Blades of the Fallen was revealed. It gives an ally a Last Breath effect that summons an Icathian Mirage with “my Equipment.” An Icathian Mirage is a created 3/2 unit.

Archetypes and champions that synergize with summoning can benefit from Blades of the Fallen. The spell will also be an auto slot for decks running Equipment, providing a 3/2 Equipped unit for only one mana.

Icathian Mirage can also get created through the new spell Parts Made Whole. It’s a four-cost Burst speed dual-region spell in Bilgewater and P&Z that slots into discard decks. To play the spell, a player will discard one and then draw two. If Equipment was discarded, Parts Made Whole summon an Icathian Miragebut not with Equipment like Blades of the Fallen.

The other spell revealed today was Catch!, a dual-region Burst spell in Demacia and Freljord that is essentially a much better version of Radiant Strike. Not only does it pump the target unit 1/+1 for that round, but it can also alternatively reduce the cost of Equipment by two.

Players can test out all the new LoR cards in the Awakening expansion when it’s released on Aug. 31.

Latest comments
No comments yet
Why not be the first to comment?
Featured news
Legends of Runeterra22 days ago