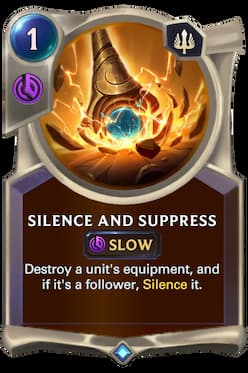 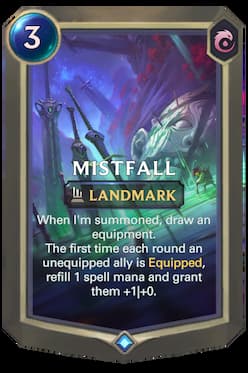 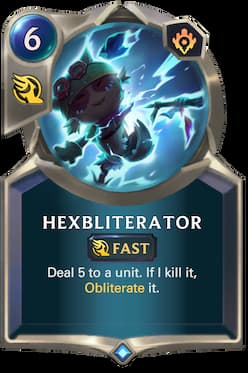 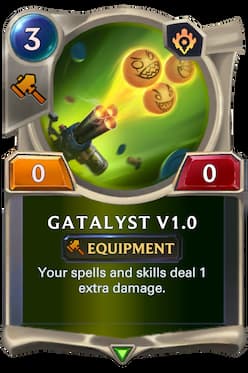 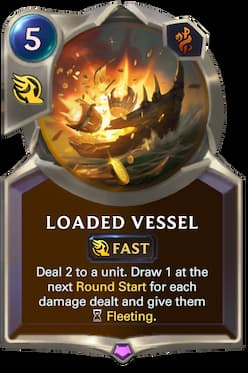 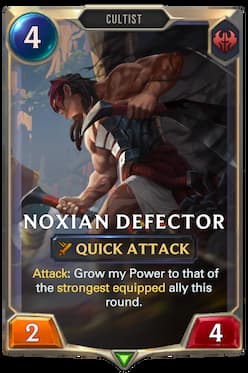 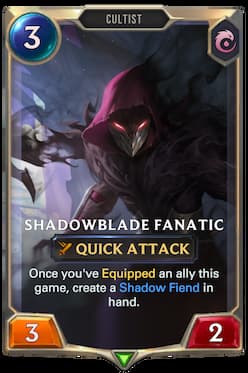 Riot Games continued to showcase the new Equipment card type in Legends of Runeterra for the upcoming Awakening expansion today by highlighting removal and regional synergy.

Scheduled to release on Aug. 31, the second day of LoR Awakening spoilers showcased a total of seven cards following the reveal of the champion Kayn. And with Kayn comes a new card type called Equipment that functions similar to Attach while having its identity and gameplay styles. Each region is slated to have Equipment support, making today’s reveal of Silence and Suppress in the Demacian region a must-have for archetypes seeking to oppose the new card type.

Silence and Suppress is a spell that costs only one mana to cast at Slow speed in Demacia. It destroys a unit’s Equipment, preventing it from returning to a player’s hand, which it would if the unit itself was destroyed instead. And for even more value, the Demacia spell also Silences the unit.

Hush is a Targon spell that has seen plenty of play since the Call of the Mountain release, costing three mana to Silence a unit for that round at Burst speed. Silence and Suppress has a much cheaper mana cost to cast but is at Slow speed instead of Burst, creating space for a variety of interactions to take place prior to the spell resolving.

There are other cards that Silence in LoR, like the two-cost Purify at Burst speed in Demacia or the five-drop Targon Burst speed spell Moonlight Affliction, as well as slower versions like Sunburst or the unit Blinded Mystic. But Silence and Suppress is the only LoR card that functions as Equipment removal and Silences a unit for only one mana.

The reveal of Mistfall provides support for Equipment within the Ionian region. It’s a three-drop Landmark that draws one Equipment card upon getting summoned while also refilling one spell mana the first time each round an ally becomes equipped, and then grants that ally +1/+0 in stats. The value in Mistfall is solid and the Landmark has potential depending on how strong Equipment is in regions that synergize with Ionia.

Only one Equipment was included in the LoR spoilers, showcasing Gatalyst V1.0. It’s a P&Z Equipment for three mana that increases the damage from “your” spells and skill by one. Bilgewater received Loaded Vessel, a five-drop Fast speed spell that removes and has card advantage.

Also revealed today in the Awakening spoilers was a six-cost Fast speed removal spell in the P&Z region called Hexbliterator that deals five to a unit and Obliterates it if the unit was destroyed. Puffcap players might get triggered by the spell, though, as the image depicts Teemo as the unit getting Obliterated.

Players can test all these LoR cards when the Awakening expansion is released on Aug. 31.

Latest comments
No comments yet
Why not be the first to comment?
Featured news
Legends of Runeterra24 days ago