LEC 2022 Summer Split playoffs roundtable: Our takes on the winner, the regular season MVP, and the team to perform best at Worlds

Our writers take a look back at the Summer Split to predict the upcoming playoffs.

With the 2022 LEC Summer Split playoffs right around the corner, League of Legends fans from all over Europe cant wait to find out who will represent the region during Worlds 2022and more importantly, who will be crowned the domestic champion.

The European competition always surprises when it comes to the playoffs, and it should be no different this time around. While in the eyes of many there are two strong contenders for the trophy in the form of G2 Esports and MAD Lions, history has proven that dark horses can go far and spoil a team or two.

With four EU spots at Worlds 2022 instead of three, the competition will be even more fierce since only two teams that enter the playoffs wont fly to North America to play internationally. Who will withstand the pressure, who will shine the most individually, and who will make Europe proud the most in NA? A few of our writers tried to settle those debates, and surprisingly enough, they mostly agree.

Who wins the LEC championship? 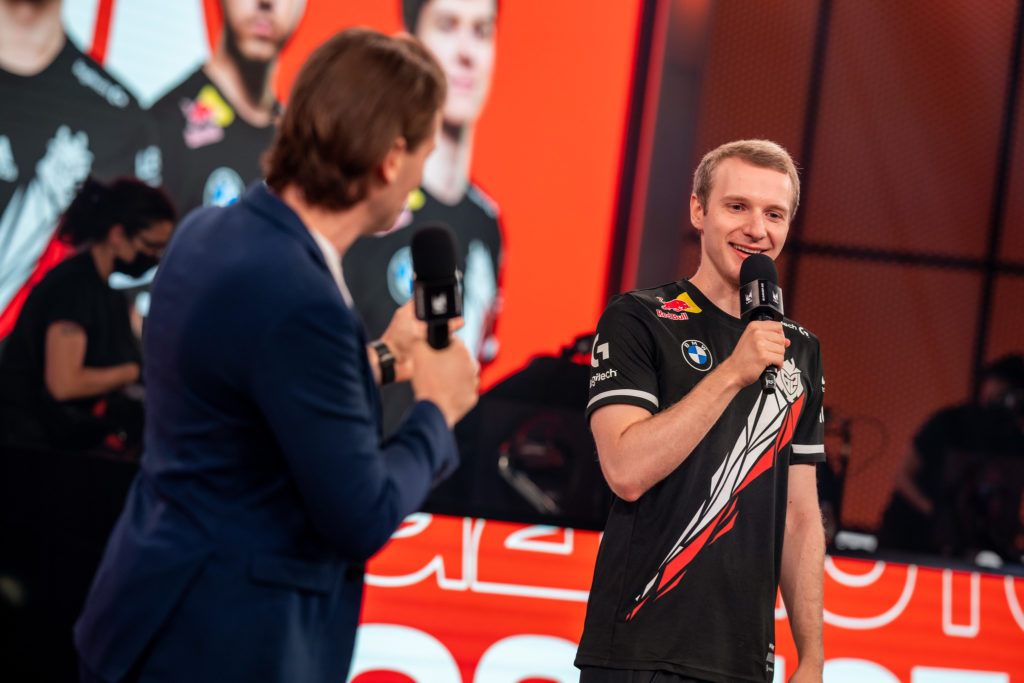 In one of the closest seasons we have seen in a while in the LEC, MAD Lions proved to be worthy of the regular season title by improving tremendously in a short amount of time. Individually, all of the players are mechanically formidable. They are all so impressive that almost the entire roster was chosen by experts in the field to represent the LEC All-Pro team of the Summer Split. But the thing that should frighten MAD Lions opponents the most is the synergy between their mid laner and jungler. The Lions boast the favorite for this Summer Split’s MVP, Nisqy, as their mid laner, and one of the region’s top-ranked junglers, Elyoya, as their jungler. The cohesion and synergy between these two roles are crucial during the playoffs, which more than once have seen teams with formidable mid-jungle duoslike G2’s Caps and Jankosget rewarded.

In addition, this Summer Split’s MAD Lions seem to have regained the energy that distinguished them at the beginning of 2021 and led them to be the fourth team in the region to put on the LEC crown. MAD Lions will have to face formidable opponents during the playoffs, starting with Rogue, but they certainly have a real chance to make it all the way to the top of Europe a second time.

A 12-0 run through the lower bracket of the Spring Split playoffs to become the reigning LEC champions was not enough for G2 Esports. They needed to carry that momentum through the Summer Split and into Worlds qualification, which is exactly what they did.

G2, having fully separated themselves from the rest of the competition in the LEC, were not only the first team in the world to qualify for Worlds, but reached that point by winning one of the most competitive splits in recent history. Though they had their hiccups along the way, the team proved to the rest of the playing field that obstacles would only strengthen their resolve.

Ultimately, G2 look like a team ready to (once more) win back-to-back titles and continue to add chapters to the org’s storied legacy in the LEC.

Despite having a little slump of form in the middle of the regular season, when they were 4-5 by the end of week four, G2 once again proved that they deliver when it matters the most. They are entering the 2022 LEC Summer Split playoffs on a five-game win streak, as the only European squad that can be sure of attending Worlds, and as the co-leader of the regular season. When they are hyped and enter a domestic series with momentum, they are close to being unstoppable. Furthermore, even if they get their leg stuck, their veterans still know how to return to the competition with their A-game, as they did in the Spring Split. G2s experience and comfort in todays meta are just too strong to be ignored when it comes to fighting for another LEC trophy. 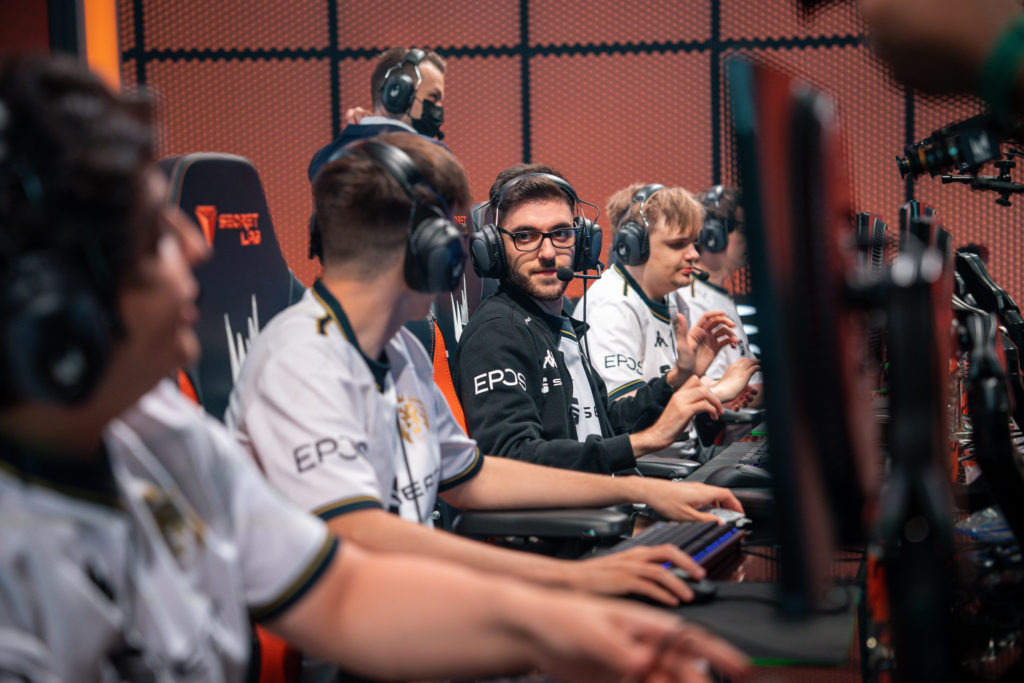 With an atypical season like the 2022 Summer Split characterized by few consistent performances among the teams and players, there is one name that stands out among the candidates for MVP: Nisqy.

Although other players in the league had more flashy performances and might be considered for the most valuable player award due to their outstanding individual performances, Nisqy would still be at the top of the list. He is the principal reason why MAD Lions were able to transform so much in such a short amount of time, and according to other pros, its not only the in-game contribution that makes Nisqy a valuable player, but also his charismatic personality. In an interview with Dot Esports, Caps highlighted the joyful and outgoing personality of MAD Lions mid laner as one of the reasons why Nisqy is a valuable player, while his teammate Jankos said that Nisqy made MAD Lions go from not a playoff team to a playoff team.

Nisqy might not be considered the player who shined the most during this LEC Summer Split regular season, but he undoubtedly was the valuable asset MAD Lions needed to make it this far into the season. Of course, the whole MAD Lions roster is made of individual talents worthy of the LEC title, but the addition of Nisqy before the summer season made the team what it is now. Nisqy is the most valuable player for MAD Lions and of this LEC Summer Split regular season because he elevates the performance of his whole team while also being a great player on an individual level.

Fnatic shocked players and fans alike by announcing that, in a major shake-up to its roster heading into the 2022 Spring Split, it was letting go of mid laner Nisqy. This left Nisqy without a team for half the year, despite being a talent who has brought success to teams across the LEC and LCS.

Once MAD Lions opted to bring the mid laner into its ranks, it was clear that Fnatic had made a big mistake in letting him go. For eight straight weeks, Nisqy dominated the entirety of the LEC as if he had never left, quickly synergizing with players he had never performed with previously and taking an already-strong team to a near uncontested level.

In the short time Nisqy has been back in the LEC, he has completely changed the trajectory of MADs performances and shown what it takes to be considered one of the best players in the league. For that, he has my vote as the MVP of the Summer Split.

In the spring, MAD Lions were nowhere close to being a title contender. But as of today, I expect them to face G2 in the grand final of the playoffs. And while there are a few reasons behind MADs sudden transformation, the biggest and most impactful one is the LEC player with the most Player of the Game awards (seven), Nisqy. He has a firm laning phase in which he recorded 33 percent of first bloods in MADs games and four solo kills, according to Games of Legends. Nevertheless, he has a tremendous impact on teamfights, boasting a 74.6 percent kill participation rate, the highest of all LEC mid laners.

MAD changed their style a bit compared to the spring and now seem to be happy to go for more early-game resources and put them into Nisqy. Looking at their turnaround compared to the spring, they should be nothing but pleased with the results. Entering the playoffs, I expect them to continue this style of gameplay, which seems tough to counter for most opponents. If Nisqy plays as smartly as he has been so far and will be given the tools he had in the regular season, I expect him to go for another MVP title.

Which EU teams have the best shot at Worlds? 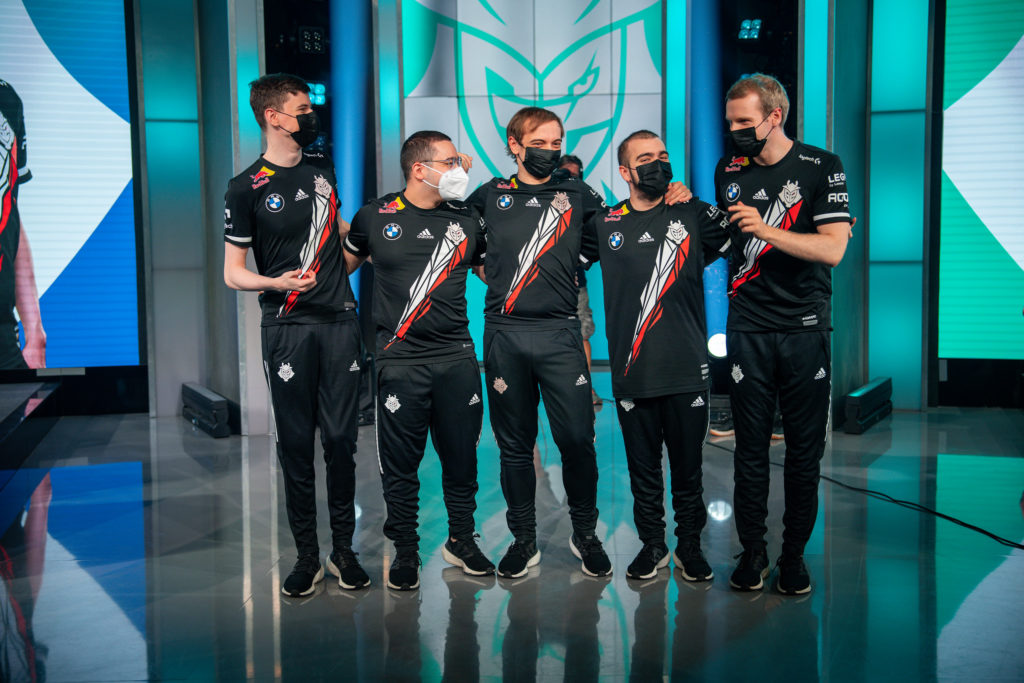 The power of Europe is resettling internally, which is evident from the closest season we have had in a long time. This could make it even more difficult for LEC teams to outperform the dominant LCK and LPL regions at Worlds. But if there is one team that can pull it off, it is G2.

G2 have proven time after time that they are a team ready to fight at international levels without fear by successfully holding their ground even during the most dire situations. Just think of the MSI 2022 in May: Having just won the Spring Split thanks to a miracle run, G2, with two rookies on their roster, set the international stage on fire and were stopped only by the impenetrable wall of T1. And that was just the beginning of the year. Now, G2 have had time to train and sharpen their katanas and are ready to get involved.

Their spot at the World Championship is already secured. All that remains is to wait for the event to start.

When it comes to international events in League, teams that have already experienced competition against teams from around the world intrinsically have the upper hand. It is even more efficient if each member of the team has that international experience, which applies directly to every member of the reigning LEC champions, G2.

Just a few months ago, G2 shocked the world with a dominant run through this years MSI. From being the first team to defeat T1 this year and end their historic win streak in the LCK to getting one game over some of the best talent from the LPL in Royal Never Give Up, the newly-formed G2 roster used this first international tournament of the year to get even more accolades under their belts.

While this may be the first Worlds appearance of Flakked and Targamas, the bot lane pair have already shown that, with veteran players beside them, they are fully capable of contending with the best. How far G2 gets at Worlds, however, remains to be seen.

While Id love to say MAD Lions because I believe that the way they focus on the early game more and more lately suits the Eastern style of gameplay, I cant dismiss G2. Im convinced that they have the firepower to match most of the representatives that the LCK and LPL will send to North America. Moreover, G2s experience should make them resilient to playing on the Worlds stage. They should be thoroughly prepared for the challenge, especially given their MSI 2022 experience, where they occasionally stole games from Royal Never Give Up and T1.