League’s Your Shop is back with presents for all

What presents does Riot have in store for you?

Riot Games is ready to celebrate the most wonderful time of the year with its League of Legends players, gifting them a variety of deals on in-game skins for a limited time.

The final iteration of Your Shop is now available in the League client for all players, providing steep discounts for a random selection of Epic-tier and lower skins. Each player receives six discounts for skins based on champions that they have played or for champions similar to ones they use often. These deals are expected to be available through Jan. 3. 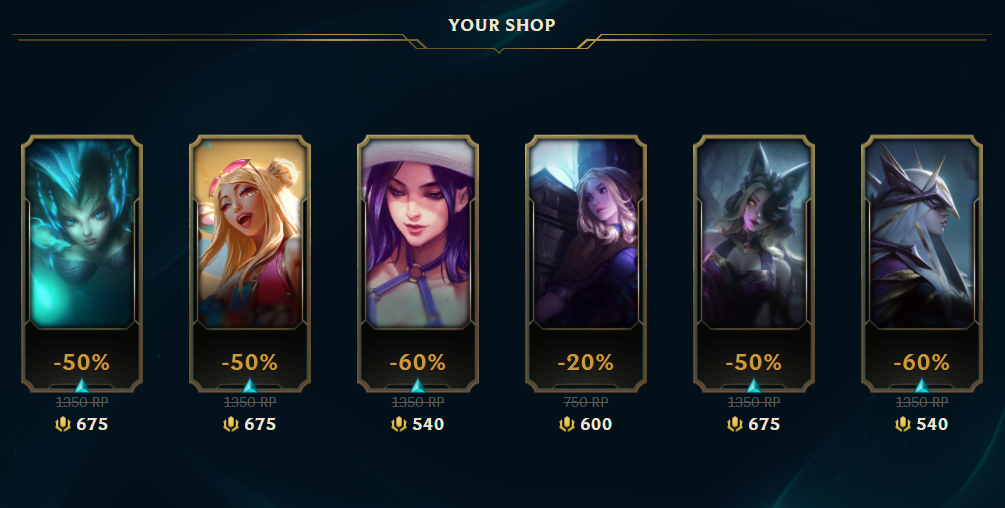 Players may notice that, when opening their deals, there are skins for champions they dont play. Riot adds deals to each individual Your Shop based not only on the players personal preferences, but champions that other players use that are similar to those pickssuch as being in the same class or role.

Your Shop can be accessed via a new icon that appears within the League client next to the Loot and Store tabs. Players must then click on each window to view their discounts, which they can then select to purchase. If this icon does not appear, players may have to either restart their clients or update their games since the last patch of the year recently dropped.

It is currently unclear when Your Shop will be returning following this iterations closure on Jan. 3. The special discount shop usually appears a handful of times each year around important League-based events and holidays, though it’s been sporadically added in the past.