There will be over 300 new challenges on launch.

Riot Games has launched the new progression system, which will allow players to show off different types of progression across every game mode from classic Summoner’s Rift enthusiasts to ARAM enjoyers and competitive Clash warriors. You can also level up individual challenges from Iron rank to Master, with some challenges even sitting in their own Grandmaster and Challenger tiers.

Similar to League’s ranked system, only a certain number of players in a region can be in those tiers at a given time, which means that you’ll need to continue pushing forward to stay in the fray. At launch, there will be over 300 challenges, and more will eventually be added as the game continues to grow. 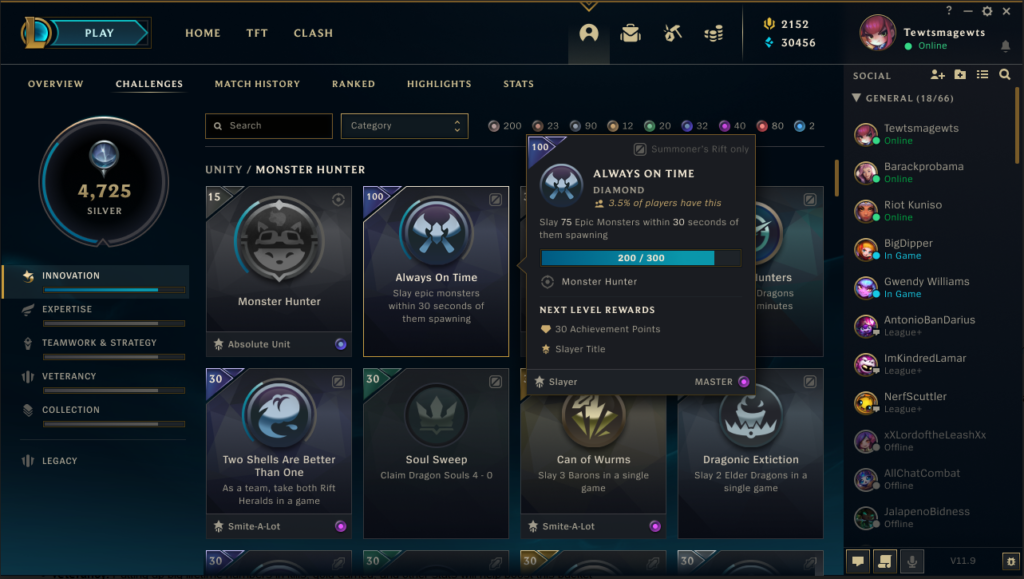 There will be a new Challenges tab added to the client’s profile tab, where players can keep track of the different objectives they have on their plate. Whenever a player ranks up in a specific challenge, it increases their overall score, and the crystal on the left evolves from Iron to Challenger. The five categories of challenges are: 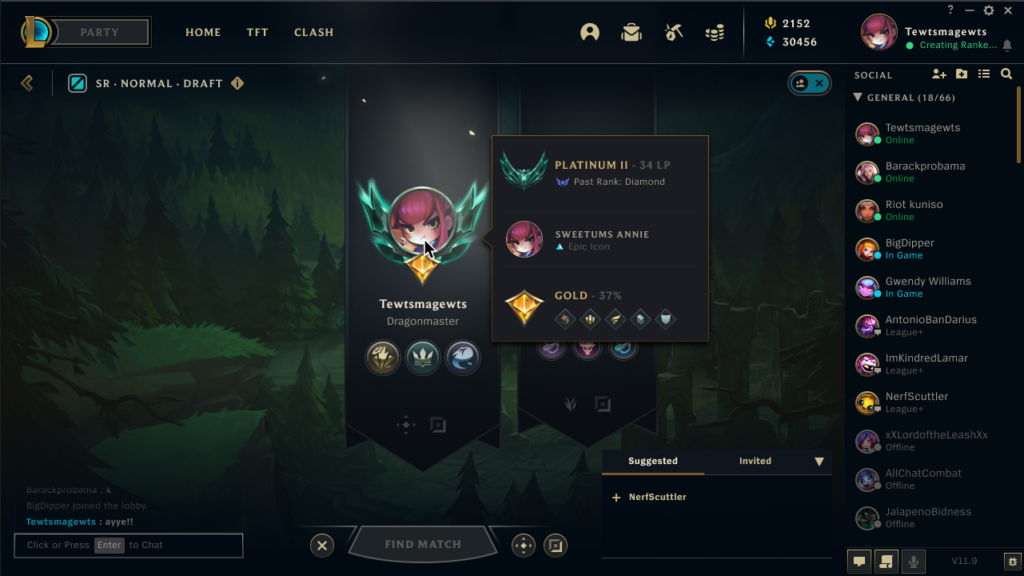 Every challenge will have its own special card, where players can see its own unique token icon, with the player’s current rank too. You can also see the challenge’s title and what is necessary to start earning levels for the card. The card even shows how many points are being added to your overall Challenges score, as well as the modes in which the challenge can be active.

League is getting a significant visual change for the Challenges system, too. The game lobby has been updated to make room for the aspects being added. For example, hovering above someone’s summoner icon will show their current and past rank, summoner icon info, and challenge information including their rank in all five categories. 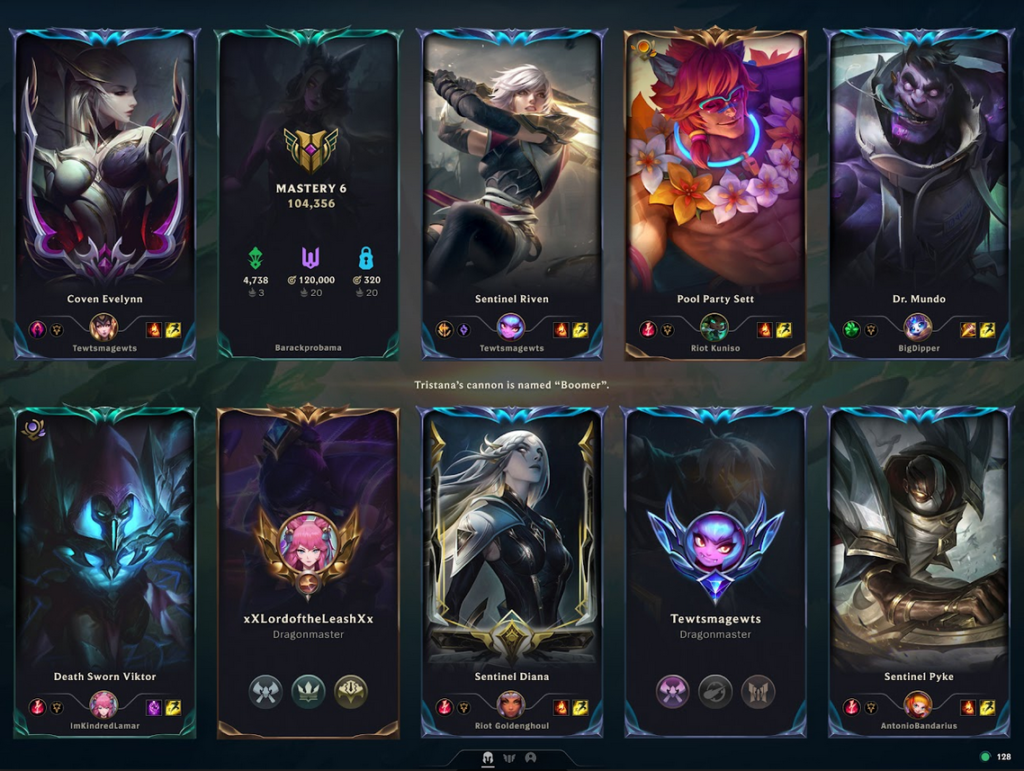 Even the loading screen has been updated so that the clickable player cards have three sides. On side one, players can find game information like the champion name with their skin, ranked border, name, title, icon, summoner spells, and runes. Champion information like mastery and eternals can be seen on the second side, while the new, third side has a player’s rank, their current challenge crystal, and their challenge tokens.

Lastly, the end-of-game client screen has been changed to reflect the Challenges system. There is now a second tab that holds all the information for a player’s personal progression, to go with the regular scoreboard tab. 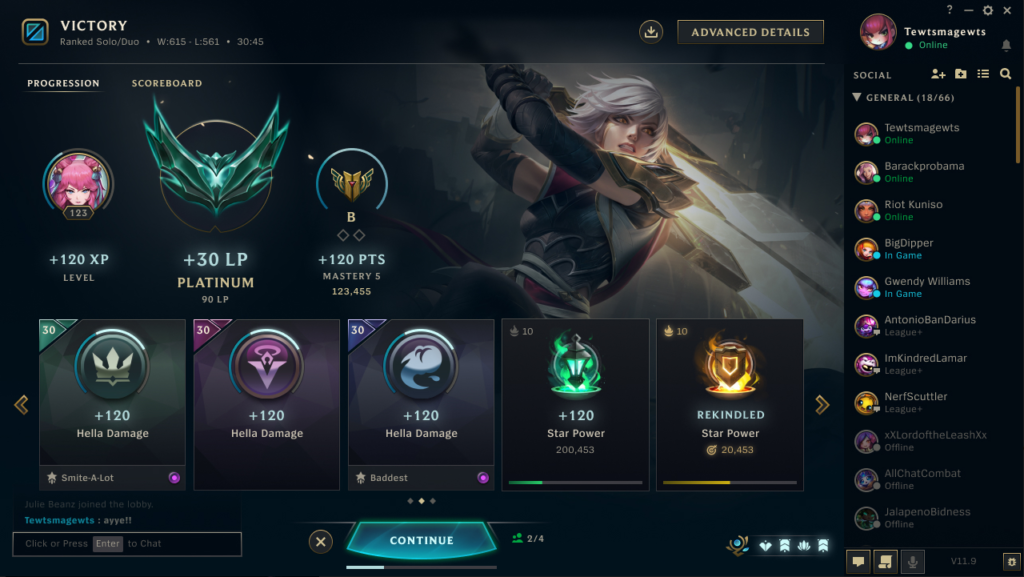 The new screen features a progression carousel, which not only has a user’s ranked progress, champion mastery, and summoner levels, but also has a player’s challenges and eternals that were either leveled up or almost leveled up during the game. Meanwhile, the scoreboard is sporting a new look with more information like lane position, KDA, and more.

Look forward to the next updates that Riot has planned for the rest of the year, including an upcoming feature called Banner Skins that will allow players to show off their past ranks with style and class.