It's not looking good for Champions Queue.

The 2023 season for League of Legends Champions Queue kicked off on Jan 12, and North American pros have already virtually abandoned it, according to the server’s sparse match history.

Only 28 games have been played on the dedicated server throughout the course of a week, including just three games on Tuesday and none on Wednesday.

Related: Riot is giving Dash an all-new show on the LCS broadcast for 2023 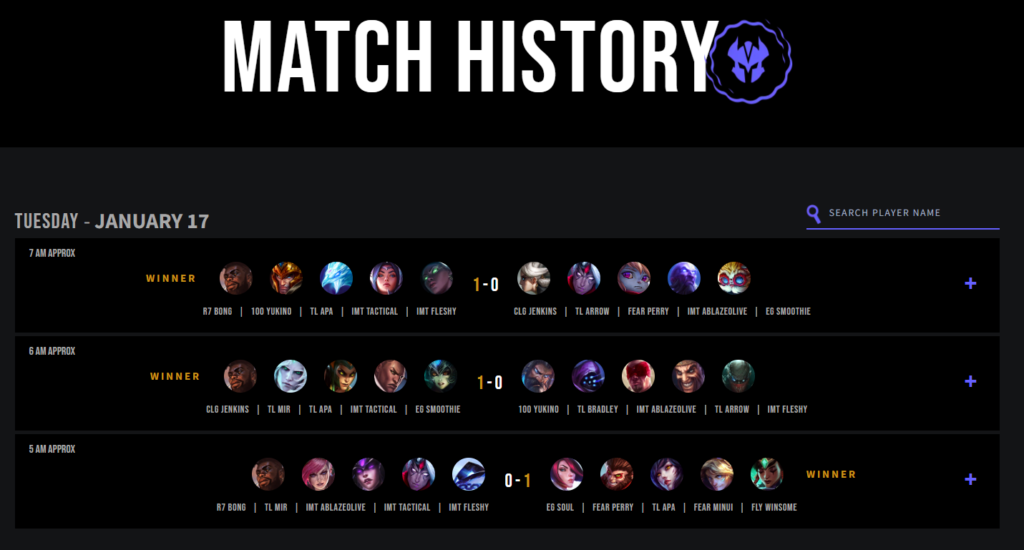 Champions Queue is a closed server, dedicated to high-level players and professionals. It’s only open for a part of the dayfrom 10pm to 4am CT, which could explain why so few games have been played at this point.

In October 2022, dozens more games were listed when players from all over the world trained for the World Championship. Champions Queue recorded its highest activity during this period.

Leading up to the 2023 LCS Spring Split, it appears pro players have prioritized solo queue over Champions Queue.

This doesn’t come as a surprise to many fans. A number of players have been criticizing the state of Champions Queue ever since it was introduced to the North American server.

To bring more players into the server, however, Riot Games is rewarding prizes for those who reach the top of the Champions Queue tables. The best player from the Spring season will earn $25,000, the second place $12,000, and so on.

The 2023 LCS Spring Split kicks off on Jan. 26, leaving a week for professional players to train before stepping on stage again. In the meantime, it’s unclear if Champions Queue will gain more attention or if players will prioritize scrims and solo queue games.