He would fit perfectly in the champion roster.

League of Legends players are known for their creativity, but one of them has just set the bar even higher.

A user of the League subreddit shared their concept of an assassin champion for the game. And the champ looks like a total badass, to say the least.

The champion wields a spike attached to a long chain, suggesting that it might have a long attack range, and would possibly be an attack damage-based champ. Besides that, he has some daggers attached to his belt. He also has some large pockets, perhaps for throwable objects. A handle of a sword is visible behind his back as well, which could also point to him being able to fight in close combat.

When it comes to the champion’s aesthetics, the assassin is masked and has a long, white cape. The main parts of his armor are white as well, with his legs and parts of his arms colored in navy blue. The other elements of his outfit, like belts, boots, and gloves, are brown.

The person who made the custom champion provided some details on their design process and intentions for the champ. “He’s a mage seeker agent who utilizes his petricite equipment to counter and take down mages,” they said. “I thought of him as an assassin of justice drawing inspiration from Batman.” 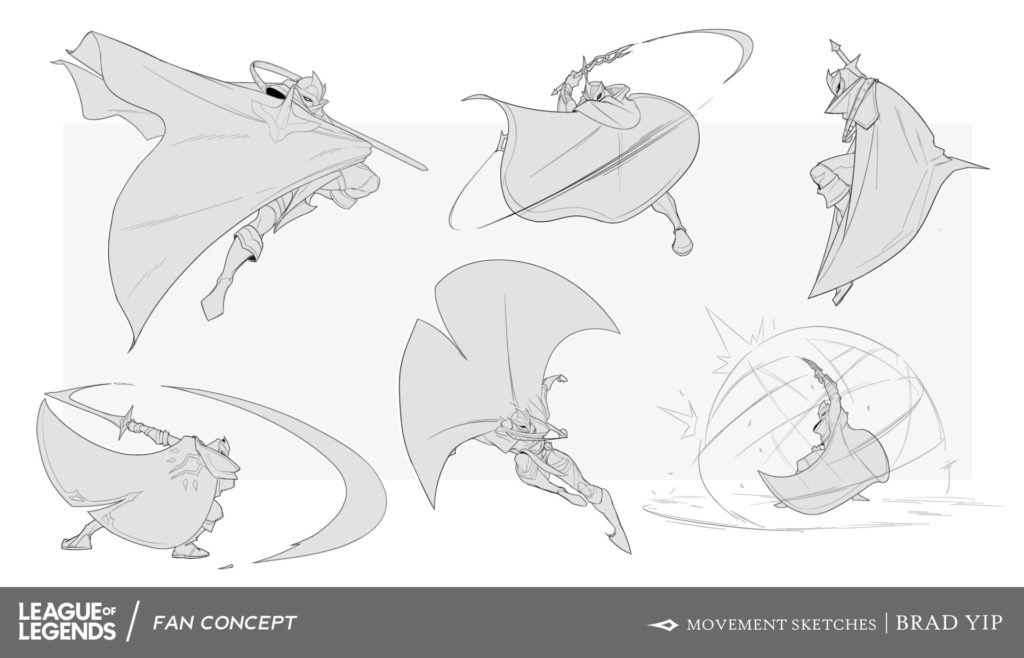 On ArtStation, the designer also shared two alternative skins for the champion. In a similar fashion to the original, they feature strong colors, like red, gray, and purple. One of them seems to draw inspiration from medieval knights, since he wields heavy armor, while the second one looks to be a skin from the Blood Moon collection.

Latest comments
No comments yet
Why not be the first to comment?
Featured news
League of Legends43 minutes ago