Knowing where the jungler is can significantly ramp up your winrate.

League of Legends has five uniquely designed roles varying in both early and mid to late game responsibilities, map rotations, and farming methods. Out of all five roles, junglers early-game decisions carry the most weight in Summoners Rift since a single gank can turn the tides in a lane, and set a carry champion for success in mid to late game.

Since understanding the Summoners Rift jungle is one of the most invaluable tools that any League player can have in their arsenal, perfecting it is a rather time-consuming and unforgiving process that leads to frustrations. Once mastered, the jungler role is highly rewarding that can definitely increase your solo queue win rate.

Although there are plenty of important aspects of jungling to practice to perfection, such as decision-making, tracking the enemy jungler, and setting up traps and rotations designed to catch the enemy jungler at specific camps to turn the tide in your teams favor, pathing is the most valuable skill to optimize your early game farming and ganking potential. On top of that, with proper jungle pathing, you will be able to set up the deciding plays that can result in your team taking the best map objectives like Baron Nashor.

So, since the junglers have the most agency on Summoners Rift, its high time you stepped up and finally understood proper pathing and routing through the jungle.

What is jungle pathing?

Although we already discussed the value of jungle pathing, we still havent clearly outlined the definition of jungle pathing. Jungle pathing, or jungle routing, simply entails the route you take as a jungler, including the order of camp clearing, ganks, and even invades. The more advanced junglers do not only know like the back of their hands their jungle pathing, but they also understand the enemys pathing. Largely because of this, they are able to predict their rotations and warn their teammates about potential ganks.

Since there are countless factors that contribute to both you and your enemy jungle pathing, fully understanding their scope and value is the first step to improving your jungle pathing.  As you further learn and understand the Summoners Rift jungle, youll have an easier time bending a few rules and reacting instinctively. So, you can always attempt to throw off the enemy team as a jungler by taking more spontaneous paths, but you still run the risk of slowing your clear speed, and, therefore, potentially lowering your impact on the game.

If the enemy jungler, on the other hand, effectively tracks you down and invades your jungle, your best defense will be map awareness. Since you stayed mindful of enemy rotations, or if you have vision over your jungle camps, you can simply rotate to other map areas where your lead is not at threat.

In this guide to jungle pathing and routing, well dive into some of the more common paths shared by most of the games junglers at the start of each game, followed by a deeper look into special paths used by other specific champions that have kits that allow them to do so.

When you start on the blue side as a standard jungler, like Jarvan IV, Sett, and Lee Sin, youll want to start with your Red Brambleback, otherwise known as the red buff. After killing the red buff, youll be level two. So, your next camp should either be the Krug camp or the Raptors.

If you have any semi-reliable AoE at your disposal, like Sejuanis W, Zacs W, or Karthuss Q, youll want to move on to your Raptor camp. The Raptor camp provides a lot of gold and experience, and since its much faster to clear it than Krugs, its one of the most valuable camps in the game behind the buffs.

After clearing the red buff side, youll move to Wolves, and continue to Blue Sentinel, or the blue buff, and Gromp. Once youve cleared your entire jungle, you need to head to the river and secure a Scuttle Crab.

If youre starting on the red side, the best start of your full clear route is blue buff. Once secured, you can continue by taking Gromp and Wolves. On your red buff side, you can take raptors first, then red buff, and Krugs. The first clear should be wrapped up with a Scuttle Crab kill.

After your full clear, youre either ready for a gank, or you can simply back, and buy your items.

The full clearing is normally recommended for power-farming and scaling junglers like Evelyn, Master Yi, Karthus, Lillia, and Viego.

Buff to buff and gank 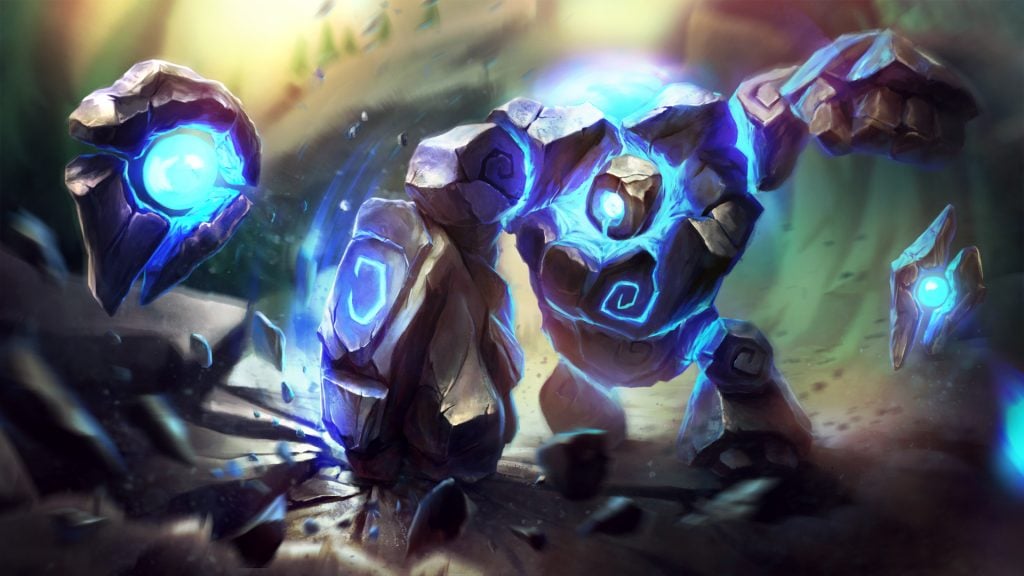 If youre, on the other hand, playing a champion like Jarvan IV, Elise, Rek’Sai, Nunu & Willump, Volibear, and Lee Sin that has strong early game damage, and excellent ganking potential full clearing your jungle is a waste of time.

The best pathing for the blue side includes starting with the red buff and killing your blue buff before ganking either mid lane or top lane.

For the red side, the best start would be killing the blue buff, then red. After youve killed both of your buffs, you can gank either top or mid lane.

Vertical jungling commonly refers to clearing the enemy jungle on the exact opposite side of yours. In other words, after you clear either blue buff side, youll head to the enemy red buff side. With this approach, youre constantly hovering your win-condition lane, and forcing the enemy jungler to gank their weak side. Vertical jungling is the most common practice with heavy ganking champions that aim to set their hypercarries like Kayle, Fiora, or Irelia for success. Although this strategy is extremely efficient, youll still have to have a strong bot lane duo like Ezreal and Leona that can easily withstand repeated ganks.

If youre playing a champion that has strong early-game AOE, theres an option to either start Wolves or Raptors to hide your pathing. The strongest AOE farmers are Kayn, Fiddlesticks, Amumu, Nocturne, Lillia, Shyvana, and Udyr. Although this strategy is unique and takes knowledge to execute, there are more than enough benefits to starting with your Raptors or Wolves.

Firstly, it requires significantly less help to clear. Thanks to the extremely low health of the small Raptors, your mid laner, who can simply cast a single spell on the camp, spends less time than your bot lane when leashing. This frees up your bot lane to prepare their lane faster, and your mid laner should finish leashing you so quickly that they make it to their lane before the minions even get there.

And secondly, the enemy team will have no clue about your start, and, later, your exact whereabouts. This, naturally, means that youll have the element of surprise on your side when ganking or invading.

Since invading the enemy jungler is a feast-or-famine strategy that can in no time turn into a disaster, you should definitely be armed with the knowledge of the enemy laners whereabouts and their reaction time. If your invade goes south, and your potentially game-winning play turns out to be a trainwreck, then focus on farming and further ganking the lanes to avoid further falling behind the enemy jungler.

The best invaders are strong early-game skirmishers such as Lee Sin, Warwick, and Olaf that can punish power-farming junglers such as Master Yi or Lillia.

Ganking is, besides invading, the best means for a jungler to take the game into their own hands. The most common practice is to gank the closest lane to you thats starting a fight. So, you should constantly stay aware of the current happening in your lanes. On top of that, you should always look to gank lanes that can easily set up a gank. This commonly includes CC-packed lanes like Jinx and Thresh.

Other than that, you can always punish the overextended enemy laners that didnt ward the river or the nearest brushes. The most usual overextended offenders are heavy-pushing champions like Lux, Malzahar, Darius, Draven, and Zyra.

You should also stay mindful of the enemys strategy to shut down a specific lane. If you notice that the enemy jungler is repeatedly ganking your top lane, rethink your strategy and consider pathing the top side to counter-gank the imminent gank. If all stars align, you can turn an otherwise doomed lane into a winning one.

Bonus tip: If you notice that the laners are fighting while youre clearing a nearby camp, dont hesitate a moment before you leave that camp and join a potentially game-winning fight. 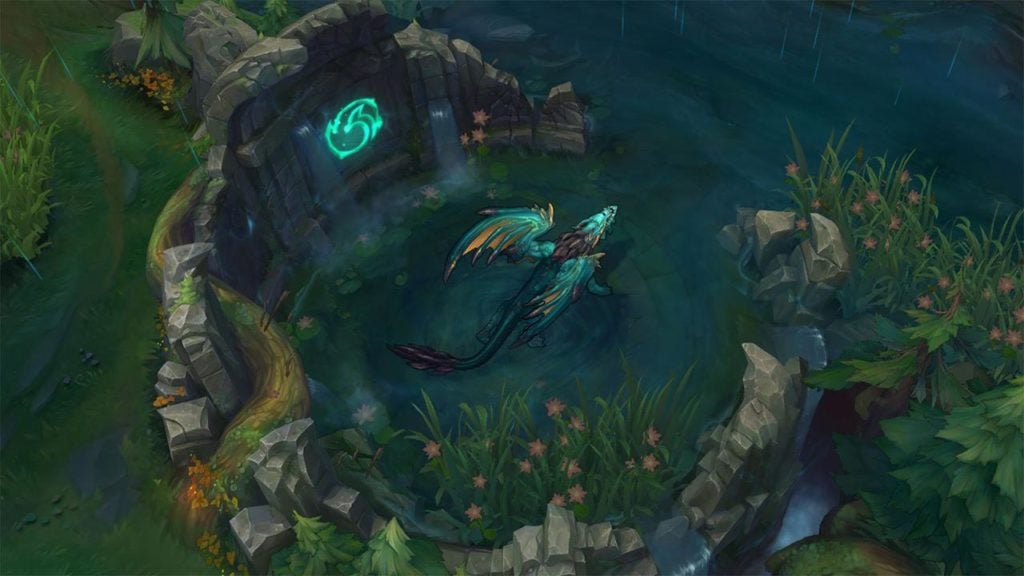 Objectives are the junglers bread and butter that further push the hard-earned lead and help your team to close out the game. Since you have access to neutral objectives like drakes and the Rift Herald, you should look to take them down as often as possible. Trading objectives, like a drake for the Rift Herald, also works however, you shouldnt shower the enemy jungler with objectives, especially if the enemy team is behind.

Since drakes and the Rift Herald have been significantly buffed with Patch 12.14., there are only a few junglers left in the game that can solo kill drake. Although your flexibility helps your laners remarkably, its extremely risky and time-consuming to solo kill a drake. So, the best practice would be to gank a lane, and then kill a drake.

Bonus tip: As a jungler, you should avoid risky plays and invades before neutral monsters spawn since youre then running at risk of completely losing the objective.